Accountability in the workplace generally means everyone is acting responsibly and striving to do their best for the business. But at a time when brands and retailers are held accountable on social media for everything from diversity to size inclusivity to fair labor and more, companies need to be ready to meet the demands of both consumers and the fashion industry at large.[quote]

Early last month, Time magazine, in partnership with The Fuller Project, published an investigative report about the factory that makes clothes for Fabletics, the athleisure brand co-owned by actress Kate Hudson. The piece alleged “rampant” sexual and physical abuse at the Lesotho, Africa-based factory, which employed 1,000 workers when the article was posted, 90 percent who were women.

A day later, Fabletics shut down production at the plant, Hippo Knitting, and promised to pay workers’ wages while it investigates the claims.  However, that wasn’t good enough for at least one brand ambassador, who cut ties with the workout wear company after an Instagram follower asked about her position on the abuse story. At deadline, Fabletics hadn’t mentioned or addressed the allegations on any of its social media platforms. But ignoring the situation doesn’t mean it’s gone away. Sprout Social, a social media management and optimization platform, says businesses need to be proactive.

“Given the constantly ‘on’ nature of businesses today and the unpredictable nature of life itself, it pays to be prepared,” Sprout Social advises. “Now that we know what common crises are out there, let’s talk about what it takes to respond to one when it does occur.”

More than a year after the pandemic shutdown began, more than half of all consumers (55 percent) are still using social media sites like Facebook and Twitter more than they had before, according to Cotton Incorporated’s Coronavirus Response Consumer Survey (Wave 6, May 19th, 2021). And consumers under the age of 35 years old are significantly more likely than their older counterparts to purchase clothing directly through social media sites and ecommerce apps (40 percent versus 22 percent), according to the 2020 Cotton Incorporated Lifestyle Monitor™ Survey. 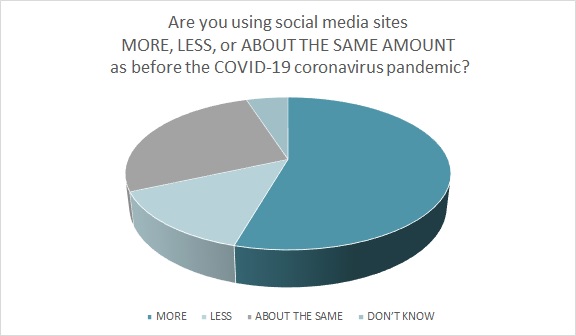 This increased social media engagement means brands should be not only practicing social selling, but also learning as much as they can about their customers, according to Salesforce’s “The Social Customer Experience Playbook.” The company advises brands to set up listening dashboards in their customer relationship management (CRM) software so sales reps can mine quick insights across all social accounts. Salesforce also suggests allowing sales reps to contact account records or share social posts with their teams. Automated lead scoring based on social listening can rank potential leads and route them through a brand’s CRM.

“It’s crucial to connect social data with data from other channels to garner a complete view of your customer interactions,” Salesforce advises. “This way, you’ll see more than just a customer’s social history: You’ll connect the dots to understand who they are as a person and what they want from your brand.”

Connecting those dots will be even harder now that Apple’s iOS 14.5 update allows users to stop apps from tracking their activity for ad targeting purposes. Three weeks after the update was delivered, Flurry Analytics, from Verizon Media, determined just 6 percent of U.S. Apple mobile users opted-in. The worldwide opt-in rate is significantly higher at 24 percent.

“Now that they no longer have tracking, they’re not necessarily going to know the behaviors of people,” said Allie Bloyd, owner of marketing agency Allie Bloyd Media, in a conversation with Social Media Examiner’s Michael Stelzner, founder and CEO. “They’re going to have past data. But moving forward, they will no longer be tracking so it’s going to be more of a guesstimate. I think not being able to rely on your ads manager data is going to be the biggest change that is really taking place.”

Making a connection is tough but crucial, as nearly half of all consumers (48 percent) and more than half of those aged 25-to-34 (55 percent) say they feel less loyal to clothing brands than they were a few years ago, according to Monitor™ research. But 48 percent say they’re more loyal to apparel brands that share their personal interests, such as giving back to the community.

And just as shoppers are likely to respond well to a garment’s positive traits, there’s over a third of consumers (39 percent) who say they’ll take to social media to complain if a specific brand doesn’t hold up, according to Cotton Incorporated’s 2021 Sustainability & Health and Wellness Survey.

Sprout Social says no matter what the public is dealing with, brands need to be aware of current events and “respond in a way that’s tasteful and not insensitive.”

“In some cases, that might mean putting your social marketing on pause or shifting focus,” Sprout states. “In other cases, it may be the best channel for communicating with customers. Social media crisis management means responding as quickly as possible. The sooner you’re able to react and quell any sort of controversy, the better. There’s perhaps no better place to provide public support and reassure your customers that you’re there for them.”