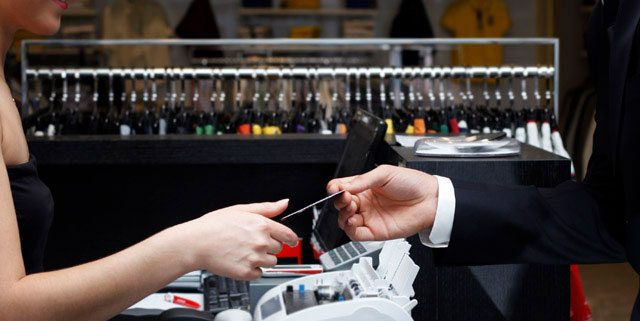 The more things change among male and female shoppers, the more they stay the same.  Men might be taking more of an interest in fashion than their dads did, but they still tend to shop on a need basis.  And women might be busier than ever juggling work and home life, but they still find apparel shopping more fun than their male counterparts.  Shrewd retailers are continually deciphering these differences to appeal to both groups in today’s omni-channel world.

"Curation tends to be very important for both men and women, though with the former the execution is more nuanced, while the latter is a more overt style guide, blog-type marketing effort."

BDO USA’s Natalie Kotlyar, the consulting firm’s Northeast practice leader for retail and consumer products, says most women don’t view apparel shopping as a chore, whereas men do. So merchants would do well to inject a sense of fun into their shopping experience, from store layout to online offerings.

“For women, there’s an enjoyment of shopping and it’s a way to relax,” Kotlyar says.  “It’s a non-sport pastime.  They get to be with friends, spend time with one another. Men are more intent on making their purchase and getting out.  Even if they want to do their own shopping — which is a departure from the past when most men had their mother, wife, girlfriend or significant other do it for them — it’s still a much more focused experience.”

This insight is borne out in the number of women who “love or enjoy shopping” (68%) compared to men (37%), according to the Cotton Incorporated Lifestyle Monitor™ Survey.  In contrast, 30% of men say, “If I need something, I go in, get it and leave,” compared to just 13% of women.

On the surface, men and women appear close in their clothes purchasing habits, shopping in-store twice per month and once per month online.   A real difference can be seen in the amount of time spent shopping.  In-store, women shop 37% longer per month than men (107 minutes per month versus men’s 78 minutes).  And online, women shop 59% longer, spending 125 minutes shopping compared to men’s 79 minutes.

This is why department stores still put men’s wear on the main floor nearest the doors, while women’s is located up or down a level or two.  In shopping centers, men’s specialty and footwear stores are generally near a main or side entrance door, as opposed to women’s shops that require a bit more of a trek.  Even at mass merchants, men’s apparel will be found up front and closer to the registers than women’s clothes.

“What we are seeing, though, is many department stores, particularly mid-tier and high-end department stores, are really bolstering their men’s departments in key locations,” Tackett says. “Although in some cases, this has meant collapsing an adjacent men’s store into the main location — think Saks Chicago.  But in general, several department stores are adding services like tailoring, food service, pop-up shops or collaborations with third parties, like Belk/Bonobos. Or, they are strengthening destination categories, like shoes — think SakSneaks — or denim. All of these efforts are designed to get men to spend more time and money in the store, particularly the all-important Millennial consumer who is less shopping averse than his predecessors.”

Meanwhile, the Monitor finds the rate of online shopping is even between men and women (7%).  When buying online, women are much more likely to use a traditional computer/laptop (81%) versus men (71%), according to the Monitor, while men are slightly more likely to make an apparel purchase from their tablet (27% versus 21%), as well as their mobile or smartphone (24% versus 22%).

Tackett says a lot of online only retailers understand that ease of selection and purchase are both paramount to men.

“This translates into fewer choices, ready access to customer service, seamless transactions and ease of replenishment/repeat purchase,” Tackett says.  “That being said, curation tends to be very important for both men and women, though with the former the execution is more nuanced, while the latter is a the more overt style guide, blog-type marketing effort” to draw women.

When it comes to buying apparel online, women are significantly more likely than men to list the ability to view a product up-close (84% versus 73%), customer reviews (65% versus 52%) and cleaning requirement (50% versus 39%) as “very or somewhat influential” in their ultimate decision to purchase a garment online.

Kotlyar points out that men have adapted as easily as women to buying online because it’s hassle-free, open 24/7 and, among those who use social networking, it provides feedback on an item prior to purchase.

“That feeds into brand engagement for Millennials,” she says, “and how critical it is for them to be engaged with social networking.”

Percent of consumers who plan their clothing purchases

Overview of the Global Cotton Market