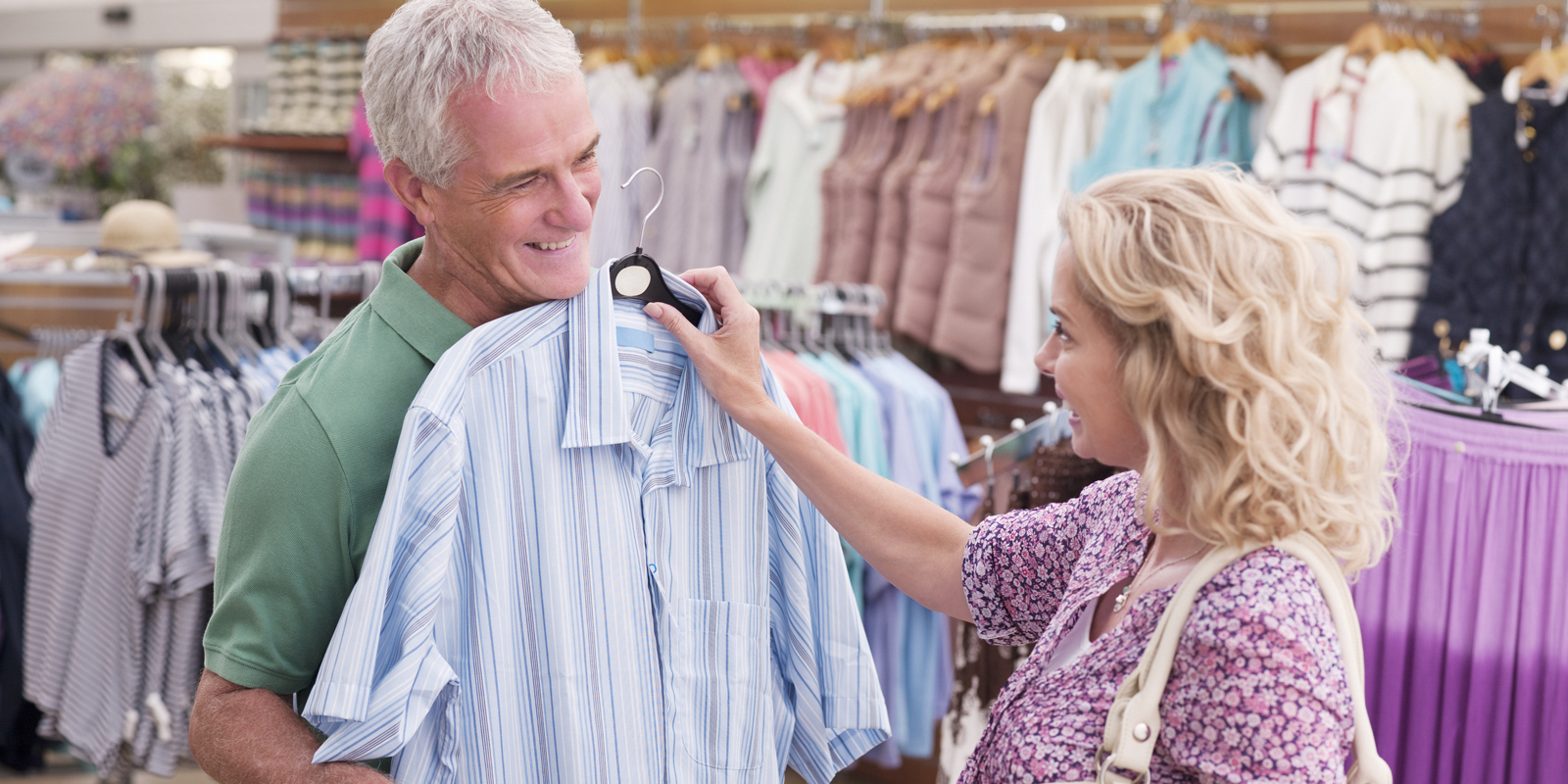 Last year, Millennials officially overtook Baby Boomers as the largest living generation in the U.S. It had marketers salivating. After all, more consumers means more money, right? It turns out, that’s not necessarily so. Especially when you consider Boomers still have the most money to spend. Now, everyone always loves the new thing, but the smart brands and retailers recognize Boomers remain an economic force.

"In a digital age wherein the power and the money of America’s largest generations influence ecommerce revenue performance, the challenge for retailers is to maintain awareness of the range of shopper expectations and accommodate for ever-changing needs."

There are 80 million Millennials in the U.S. They outnumber Boomers (76 million) and Generation Xers (60 million). But while Millennials — those born from about the mid-1980s to 1995 — hold “the power,” Boomers hold “the money,” states Oracle’s Mia McPherson, content strategist.

“In a digital age wherein the power and the money of America’s largest generations influence ecommerce revenue performance, the challenge for retailers is to maintain awareness of the range of shopper expectations and accommodate for ever-changing needs,” McPherson stated when presenting the company’s study on Boomers and Millennials, “Retail Today Defined by The Power and The Money.”

Emphasizing Boomer spending power, Neilsen states that within the next few years, the older generation will control 70 percent of the nation’s disposable income. Further, its research shows that while the traditional thinking is that people slow spending as they age, that isn’t the case with Boomers. The company theorizes that this generation was “born into a post-war culture of affluence and optimism. These were formative years, and the values that were forged then have stayed with them throughout their lives. At no time was this more evident than in the 1980s when the Boomers shook off the recessionary years of the prior decade and entered their prime earning years in earnest. Their growing incomes and the availability of plastic credit launched an era of spending and consumerism that endures today.”

The average income of the Baby Boomer generation is $58,620, according to the Cotton Incorporated Lifestyle Monitor™ Survey. That compares to $58,750 for Millennials. However, Millennials are young enough — aged 18-to-33 — that they still have college loans, young children, and new mortgages to deal with. Meanwhile, Boomers, now aged 53-to-70, are learning to live “life re-imagined,” as AARP phrases it, as their kids finish college and the mortgage is paid off. 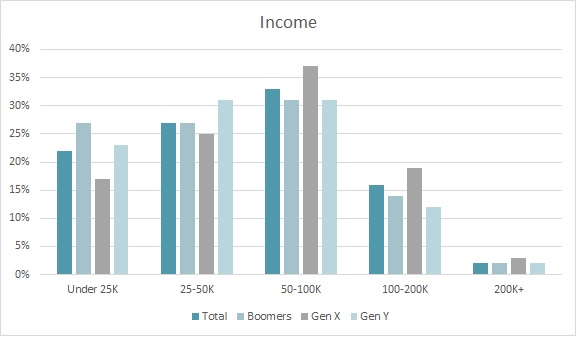 When it comes to favorite brands, both generations prefer brands like Walmart, Target, Sears, or JC Penney, although again, Boomers are most likely to prefer Kohl’s and Macy’s, according to Monitor™ research.

Additionally, both Boomers (43 percent) and Millennials (32 percent) mostly prefer to shop for clothes in “individual, free-standing stores not connected to other stores or located in a mall,” according to the Monitor™. For Boomers, that’s followed by malls (23 percent), online (20 percent), and an outdoor shopping center (14 percent). Millennials next prefer online shopping (28 percent), followed by malls (26 percent), and then open-air centers (12 percent).

Both generations also like to browse in physical stores. But the Monitor™ finds Boomers (61 percent) are significantly more likely to prefer to browse in physical stores compared to Millennials (39 percent). The generations are closer when it comes to actually purchasing apparel. Both prefer to buy in-store versus online: 78 percent for Boomers, 69 percent for Millennials.

When researching apparel online, the Monitor™ survey finds Boomers  are most likely to start with a retailer or brand website first (48 percent). That compares to 35 percent for Millennials. But Boomers will next turn to emails they receive from retailers or brands (22 percent), while Millennials’ second choice is to use search engines like Google, Yahoo, and Bing (28 percent).

Since Americans spend so much time on social media, one would think consumers would start their clothing research on these platforms more than they do. About 3 percent of Boomers use Facebook to start their research, but none use Instagram, Snapchat, Twitter, or Tumblr. Among Millennials, 19 percent start researching apparel items on Facebook, followed by Instagram (16 percent), Snapchat (7 percent), Twitter (7 percent), and Tumblr (5 percent).

In Oracle’s study, the company states retailers are right to focus on Millennials, but can not leave Boomers behind — especially as their in-store and online preferences vary so significantly. The Boomers “have more disposable income and are enjoying greater financial stability and quality of life than many younger demographics. For these shoppers it is crucial to continue investing in the in-store experience. But the emphasis must be on ‘experience’.”

Older shoppers want their questions answered by people they can talk to, Oracle states, and they want to be given the confidence their transaction is safe and their purchase protected — (48.6% of older shoppers feel more secure shopping in-store, compared to 32% of under-30s).

“Meeting these demands need not be a short-term investment for retailers however, because Millennials are also keen on an in-store experience,” Oracle states. “It is simply not true to assume the store is for older shoppers and online and mobile for younger. All retail channels must be complementary to enable the widest variety of experiences.”

The Power of a Storefront