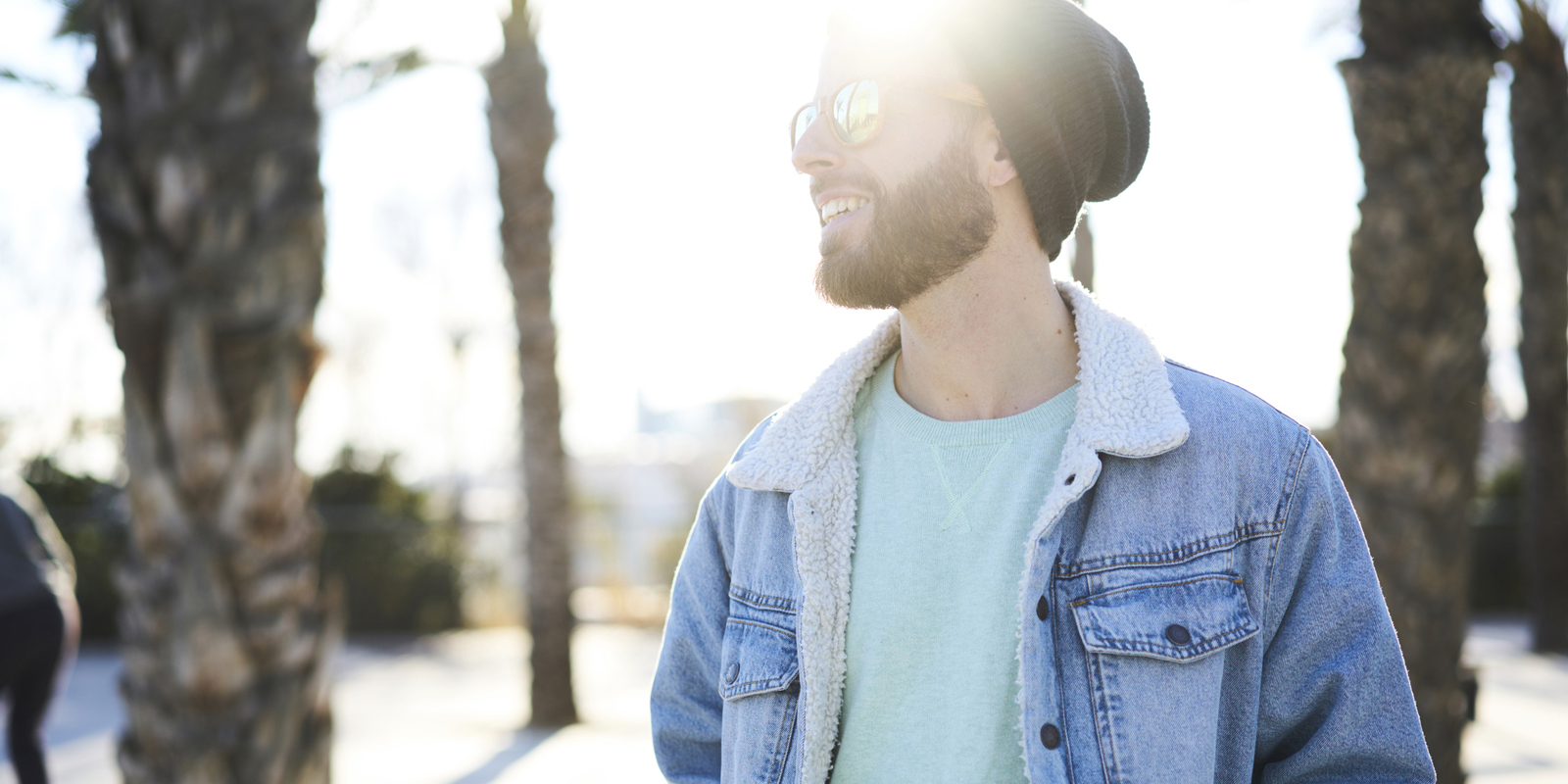 How the Trend is Shaping the Fashion Industry

By the time Marc Jacobs sent grunge apparel down the runway in 1992, there were cynics who said it was “ludicrous” to spend a lot to be greasy-looking, and others who said the moment marked the end of the grunge style movement.

"Streetwear does operate a little differently, and its characteristics are influencing the market...But street style ‘drops’ are luxury – they require you to have some kind of capital. It’s just that capital has shifted from finances to knowledge and/or social capital. So given that a product’s exclusive price is no longer the draw card of luxury, the market is reliant on focusing on brand."

By contrast, today’s streetwear category, which actually started decades ago among the surf and skate crowd, is going strong, despite new players, luxury collaborations, and high-end designers joining the fray. With all the competition, it makes one wonder how the market will shake out. Then again, with so many crossovers, collabs, and creative licenses, it may be some time before the streetwear movement hits a curb.

As Trendalytics reports, “Nowadays, everyone is looking to be unique and exclusive; unsurprisingly, streetwear was decades ahead of this trend with limited drops or releases. Drops are one-time, limited releases of products in one location (whether a storefront or online) by a specific brand. Brands like Nike, Supreme, and Johnny Cupcakes continue to drive demand by producing limited quantities, which means that most of the time, you won’t be able to get one.”

Just check social media from August 20 to see posts from those who lost out on Supreme’s online sale of Fall/Winter ’18 merch. The label that started out as a skate brand in New York decades ago and has never held a runway show, won the CFDA Menswear Designer of the Year award in June. Such adulation from the fashion community didn’t kill the hype for the brand. In fact, during its latest drop, detached observers could go online and watch with fascination as jackets, sweatshirts, and the coveted Madonna “Justify My Love” T-shirt sold out in minutes, sometimes seconds. For fans, it got really depressing, really fast. That Madonna tee? It retailed on Supreme’s site for $48, sold out in all colorways, and was reselling later that day for $250 on StockX, the ecommerce resale marketplace.

In 2015, Statista valued the urban streetwear market at about $80 billion in the U.S. Last October, Bain & Company reported high-end streetwear helped boost global sales of luxury personal goods by 5 percent to an estimated $309 billion, and “it will sustain this growth for the foreseeable future.”

Edited’s Katie Smith, retail analyst and insights director for the analytics firm, points out on the company’s blog that the shift toward more comfortable and functional clothing has led to an increase in activewear as a trend. “At saturation point, consumers went looking for the ‘new cool’ and turned to the street. It’s something that has a similar casual aesthetic, but with a wider and less sporty silhouette.”

About 3 in 5 consumers say activewear has become their new casual wardrobe, according to the Cotton Council International (CCI) & Cotton Incorporated’s Activewear Study. Additionally, 90 percent of consumers say they wear activewear for purposes other than exercise. And 66 percent describe athleisure as “a more casual way of dressing that will be around for a while.”

So, anyone hoping luxury designers’ entry into streetwear must be a signal that the category has been exhausted is mistaken.

On the other hand, for those brands looking to capitalize on the market, there is still plenty of opportunity. Makers should note, then, that 8 in 10 consumers say cotton is their favorite fabric to wear, according to the Cotton Incorporated Lifestyle Monitor™ Survey. And 3 in 5 say cotton activewear is best suited for athleisure activities like running errands or hanging out at home, according to the Activewear Study. 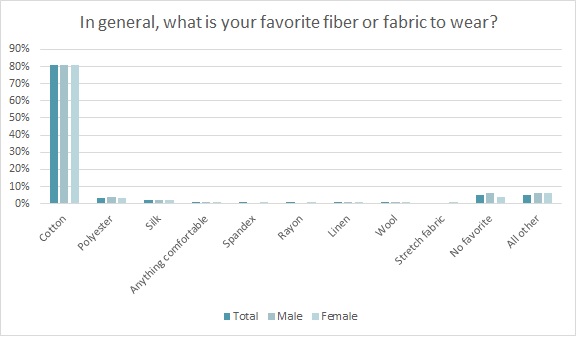 A number of brands already incorporate a significant amount of cotton into their athleisure/streetwear offerings. Take the Supreme Fall/Winter collection: streetwear favorites like cotton tees and sweatshirts are joined by denim, a cotton corduroy shirt with flannel hood, printed and oxford button-front cotton shirts, and cotton twill shirts and pants.

For Supreme, sticking with natural fibers is continuing the tradition of the brand. For luxury labels, like Kanye West’s Yeezy collection, the assortment has been cotton-rich from the beginning. The Kanye and Adidas Originals Yeezy Season 1 hit the runway February, 2015. The collaboration featured high-priced, oversized jackets, sweatshirts, sweaters, and leggings that were met with criticism from the fashion circles, but hype from the fans, proving luxury streetwear had a wide audience.

Of course, most consumers aren’t ready or willing to pay $565 for a T-shirt. That’s the price of the Givenchy Paris short-sleeved, destroyed logo tee at Neiman Marcus. Givenchy has offered street looks even before Yeezy. But in recent years, labels like Gucci and Burberry have jumped into the category. Other labels are bringing streetwear designers to their brand, as Louis Vuitton did when it named Off-White’s Virgil Abloh its menswear creative director. And, of course, there are loads of collaborations at the highest levels: Adidas Originals by Alexander Wang, Topman x Vision Streetwear, Off-White, and Jimmy Choo.

This mixing of high and low brands and price points might seem like a reach, but it’s been done before to great effect. Consider that today’s young consumer was raised on limited run, high/low collaborations between luxury designers and fast-fashion retailers. Those one-offs brought excitement to the stores, gave a taste of luxury to shoppers and didn’t hurt the designers’ names at all. Shoppers had to know when the collections were going to be released and ready to drop everything to buy the product. Collaborative streetwear is operating much the same way.

While straight up streetwear often doesn’t cost much, it can be very difficult to obtain, requiring waiting on lines for in-store purchasing, or paying attention to social media to plan for the next drops.

“Streetwear does operate a little differently, and its characteristics are influencing the market,” notes Edited’s Smith. “But street style ‘drops’ are luxury – they require you to have some kind of capital. It’s just that capital has shifted from finances to knowledge and/or social capital. So given that a product’s exclusive price is no longer the draw card of luxury, the market is reliant on focusing on brand.”

The thrill of the hunt remains strong among the hypebeast crowd. And luxury labels will offer streetwear both because that’s what consumer want to wear and it increases recognition among young consumers.

As Trendalytics points out, “The world of streetwear is constantly evolving and shaping the fashion industry in unexpected ways. It doesn’t matter who your customer may be, the streetwear lifestyle plays a role in every facet of the industry: from high to low and casual to chic, there is something for everyone.”

Looking Good vs. Being Practical

For a Good Cause