When consumers put price above everything else, cheap fast fashion seemed to make sense.  Shoppers liked that they could keep up with multiple trends per season without emptying their wallets.  But when many of these garments were quick to shrink, fade, or lose their shape, the deal no longer seemed worth it.  Now, savvier customers are looking to have longer-term relationships with their apparel purchases.

[quote]James Dion, retail consultant and author whose titles include “The Complete Idiot’s Guide to Starting and Running a Retail Store,” says the past De Beers slogan “Fewer Better Things” is a mantra that could work just as well for the apparel industry.

“If clothes last longer, ultimately consumers will learn the age old lesson about the difference between cost and price: price is what you pay today, cost is what you spend over time,” Dion says. “The concept of investing in one’s wardrobe is something we’re starting to see.”

More than four out of 10 consumers (44%) believe the quality of apparel has decreased compared to last year, which is unchanged from responses in October 2011, according to the Cotton Incorporated Lifestyle Monitor™ Survey.  More than half (52%) say the clothes they have purchased lately do not seem to last as long as they used to, consistent with October 2011 responses (50%).

Meanwhile, 44% of consumers say they would pay more for better quality apparel, up from 41% in 2011, according to the Monitor.

Journalist Elizabeth Cline, author of “Overdressed: The Shockingly High Cost of Cheap Fashion,” says most consumers do not even realize they can afford better quality apparel.

“The problem is we’re shopping a lot and throwing away little bits of money every time we go to a store,” Cline says.  “So when you’re confronted with a $200 wool dress you really want, you feel like you can’t get it because you’ve already spent money on all these other things you don’t even like anymore.”

Cline says paying more for quality apparel is a mindset.  “When consumers make an effort to go to a store and buy something that’s put together well, it means they’re already thinking about clothes in a different way — rather than, ‘What’s the latest trend and what can I get it for?'”

Consumers had been trained to shop on sale or present coupons to get the best deal, and as a result many began investing in clothes they felt they could not afford to pass up. When rock bottom pricing came along via fast fashion merchants, ‘throwaway clothes’ became part of the shopping lexicon, as consumers bought cheaply made outfits that were worn briefly before getting tossed.

But the Great Recession led many people be more discerning in their spending.  And an increase in the “green” movement has given consumers pause about filling landfills with shoddy clothes. 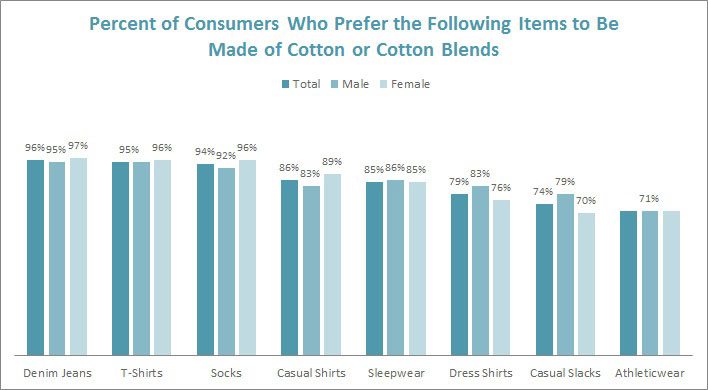 “When people reconnect with the feel of good materials and the way something fits and is sewn really well, it adds to the experience of wearing the garment,” Cline says. “It makes you want to wear it over and over again, and that’s different than your relationship with a fast fashion garment that doesn’t feel good and loses shape.”

Cline adds, “I look for natural fibers because they have a better hand-feel so you want to wear them more and take care of them.  Polyester — just like plastic bags — is made of oil and feels clammy.  It’s ironic that people take their plastic bags back to the grocery store to be recycled but they fill their closets with clothing made from the same thing.”

Meanwhile, Dion says retailers should not be worried about shoppers buying less merchandise.

“If people go the ‘Fewer Better Things’ route, margins will increase and that will be a welcome shot in the arm for retailers.  But consumers are convinced stores are making 75%-to-90% profit on every item.  All the discounting and off-pricing has convinced them we make huge margins.  Off-price stores and daily deal sites have also influenced that thinking.  I blame better stores for not having educated consumers on the differences in the product.  And the entire fashion industry could be teaching the customer what a wardrobe is and should be about.”

Resilient Amidst Ups And DownsA Fight to The Finish