A spate of positive economic news – low gas prices, strong employment figures, and high consumer confidence among the factors – means retailers can expect solid growth through 2015. This is as long as they keep in mind the consumer is still value-driven. [quote]

Kiplinger’s economic outlook calls for the U.S. economy to grow 3.3% this year, up from 2.5% in 2014, driven primarily by consumer spending.

To that end, the National Retail Federation expects retail sales to increase 4.1% this year, up from the 3.5% growth seen in 2014. It is also forecasting non-store sales growth of 7%-to-10%.

“In order to look forward to make a projection for coming year, it’s important to look back,” says Matthew Shay, NRF president and CEO. “And overall, we ended with stronger growth in 2014 that sets the stage for 2015. We had the highest holiday sales growth we’ve seen since 2011. That was a very positive foundation from which to go forward this year and give us some momentum for the coming year.”

The NRF’s Jack Kleinhenz, chief economist, says retailers can expect healthy prospects with steady growth.  With all of the volatility seen in the past years, he says the consumer has been a key driver in this recovery.

“And the consumer will continue to have a direct role and be fuel for the engine going forward,” Kleinhenz remarks.

The International Council of Shopping Centers’ Jesse Tron, spokesman, says stores should expect to see the measured growth that’s been seen in the past couple of years.

“It will be more of the nice, steady growth we’ve seen every year coming out of the recovery, with really healthy gains,” he says. “Right now, the consumer is in a good place. We got a good jobs report, and it’s still good news at the pump, which impacts the consumer.  We asked consumers if lower gas prices made them feel like they have more money in their pockets, and those that answered ‘yes’ increased 10 points from December to February.”

Bit by bit, the consumer outlook has improved steadily since the Great Recession. Currently, half of all U.S. consumers say they are “very or somewhat optimistic” about their personal financial situation, which is up from 46% in 2011, according to the Cotton Incorporated Lifestyle MonitorTM Survey. Men (53%), consumers age 25-to-34 (58%) and those making $75,000+ per year (60%) are significantly more optimistic about their personal financial situations than their counterparts.

“A more positive assessment of current business and labor market conditions contributed to the improvement in consumers’ view of the present situation,” Franco says. “Consumers also expressed a considerably higher degree of optimism regarding the short-term outlook for the economy and labor market, as well as their earnings.”

Meanwhile, the most recent jobs report from the U.S. Labor Department shows employers added 257,000 jobs in January. That’s up from the 234,000 economists had predicted when polled by Thomson Reuters, and it makes last month’s increase the longest stretch of job gains above the 200,000 level in 20 years.

“Gains in equities and home prices are playing a role in confidence by the consumer. [But] as energy costs have plummeted, it provides a benefit for the economy and we should see that sustain through 2015.”

Tron says this is why spending is up, but it’s measured.

“I don’t think that’s going away any time soon from the consumer perspective,” he states. “They’re now spending at a higher price point than they were during the recession, but the average consumer – which most of us are in this country – is still looking for what they consider to be perceived value in their purchase. Of course, that’s different for every single person.”

That perceived value carries over to apparel by way of quality.  According to Cotton Incorporated’s Environment Survey, 94% of consumers say quality is an important factor in their clothing purchase decision. When buying clothes this year, 56% intend to buy new and different styles, and 46% will pay more for better quality. The Monitor™ survey finds 79% of consumers think better quality garments are made from natural fibers like cotton.

“Value is king,” Tron says. “It’s a big deviation from where we were four years ago when price was king. It’s a subtle difference, but a big one in terms of the consumer mindset. Because it’s ‘the lowest price wins’ versus perceived value. And the consumer is willing to spend money as long as they think the value is there.”

A Matter of ComfortCreating Buzz 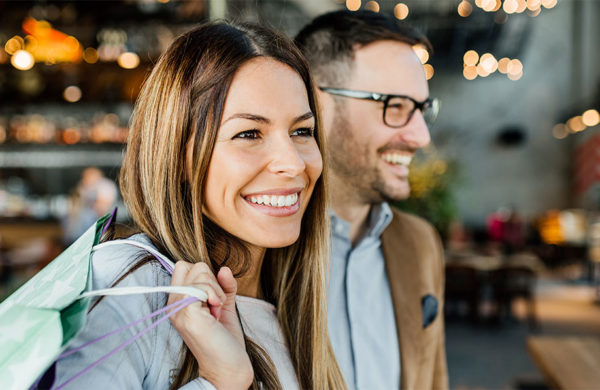