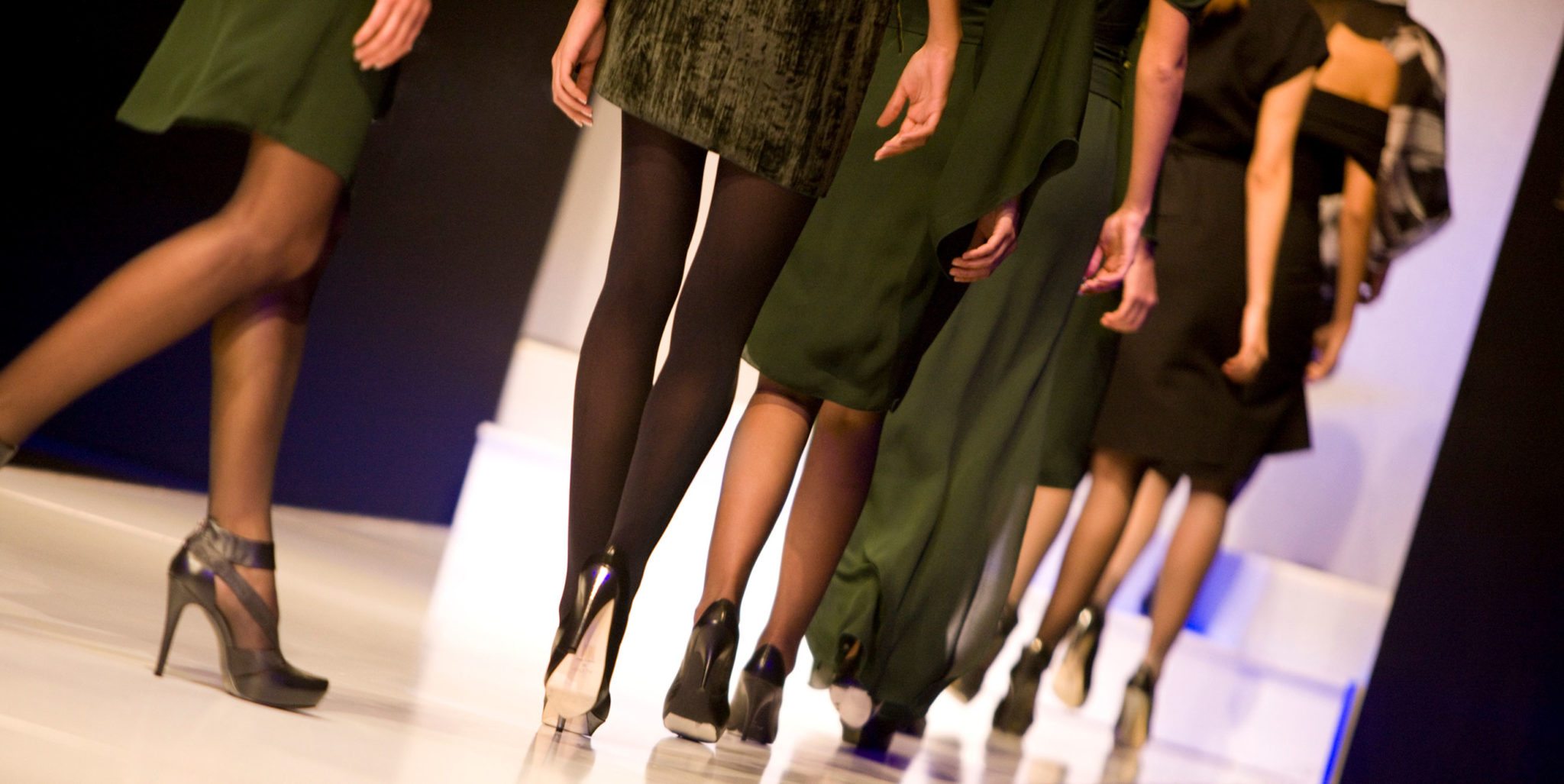 With nearly 400 fashion shows running during New York’s recent fashion week, competition is fierce to reach consumers and stand out from the crowd. Designers and brands have long since abandoned relying on traditional fashion media to connect with consumers, and are looking for newer, sometimes very tech-driven ways to reach their audience.

"In the past, events like Fashion Week were for the sole consumption of the industry itself. Traditional media would recap within a day and then months later, designs would appear on store shelves and racks."

Giancarlo Giangola, founder and partner of Gogoluxe, a New York-based fashion consulting firm, says the majority of the connections revolve around social media.

“The market – consumers, buyers/retailers, designers, stylists – is ever hungry for up-to-the-minute information, images and the like in virtually real time,” he states. “Social media allows for that constant feed.”

Fashion Week designers and brands rely on the immediate buzz their runway collections garner on platforms like Instagram, Facebook, and Twitter. Pictures and videos from the shows are quickly uploaded by everyone from journalists to bloggers to stylists – as well as the designers’ teams.

Nearly one third of all shoppers (32%) say they get their clothing ideas online, according to the Cotton Incorporated Lifestyle MonitorTM Survey.  Their main source of clothing inspiration comes from what they already own and like (57%), but these outside sources definitely play a significant role in their choices. Besides the internet, shoppers are also influenced by store displays (39%), people they see regularly (29%), and fashion magazines (19%).

Additionally, MonitorTM statistics show consumers under 35-years-old are significantly more likely than older shoppers to draw apparel inspiration from the internet (39% versus 27%), people seen regularly (36% versus 25%), and celebrities (15% versus 6%).

The Millennials (roughly those born between 1981 and 1997) have rapidly become the “it” customers for marketers and retailers. Their youth gives rise to the notion they’re more open to new technology. With that come new apps, web sites, and more platforms that promote fashion – and Fashion Week.

Virtual reality is one platform that’s working its way into the fashion world. Samsung gave the New York Fashion Week (NYFW) crowd a chance to try its Samsung Galaxy GearVR (Virtual Reality) headset last autumn. Wearers virtually immersed in different situations – like finding themselves next to a pack of lions during a wildlife safari. Since then, Littlstar, a VR media company, has created fashion-focused spherical and panoramic videos, including the DKNY spring/summer 2015 show, as well as a modeling shoot in South Beach, Miami. The company is aiming to become the YouTube of the 360-degree immersive video, delivering 360-degree content for the Oculus Rift and the Gear VR headsets.

Meanwhile, AltSpaceVR identifies itself as a “social virtual reality” firm. When wearing a VR headset, users “feel like they’re in the same room” while sharing events with family and friends, even if they’re oceans apart. These events could include watching a live fashion show. So, if designers and brands send a live broadcast of their shows out on a VR platform, fashion fans will only need a 3D headset to live the front row experience.

Of course, it might be years before such applications become widespread. Until then, brands are taking other tacks to promote their product lines. Fashion Week saw Nanette Lepore set an NYFW precedent when she simulcast her Fall/Winter 2015 show on CNBC, chatting live about each outfit with host Courtney Reagan as the models walked the runway. Meanwhile, New York Fashion Week Live ran a live stream of the shows that ran from February 12 through 19.

The ability to see the runway trends as they happen means a lot to fashion’s tastemakers. More than a third of consumers (37%) say they stay on the cutting edge of fashion or adopt style changes quickly, according to the MonitorTM survey. Women (40%), consumers under 35 (47%), and those making $75K+ per year (46%) are significantly more likely than their counterparts to describe themselves as “fashionistas.”

Successful, professional women are just the type John Orekunrin, co-founder of OkMyOutfit.com, had in mind when he and his firm’s stylists attended New York Fashion Week. The online, personal shopping start-up is quick to promote up-and-coming designers to working women.

“We started OkMyOutfit in 2014 to help busy professionals look great without the work,” Orekunrin says. “Our stylists pull the clothes from our brand partners and bring it directly to the client’s home or office. Fashion Week is a great opportunity for us to meet new designers. Then we promote these brands to clients.”

Giangola says it’s easier than ever for brands to connect with consumers, which has its pros and cons.

“In the past, events like Fashion Week were for the sole consumption of the industry itself. Traditional media would recap within a day and then months later, designs would appear on store shelves and racks,” he says. Today, consumers follow their apparel favorites “throughout the day, every day” on social media, as well as individual street-style blogs and major media platforms such as Style.com. And that has the potential for a downside. “There is certainly increasing distraction and shorter attention. However those who know how to catch the market’s attention will stand out and be heard, consumed, and circulated.”

The Clock is Ticking

Put Down Those Beach Towels