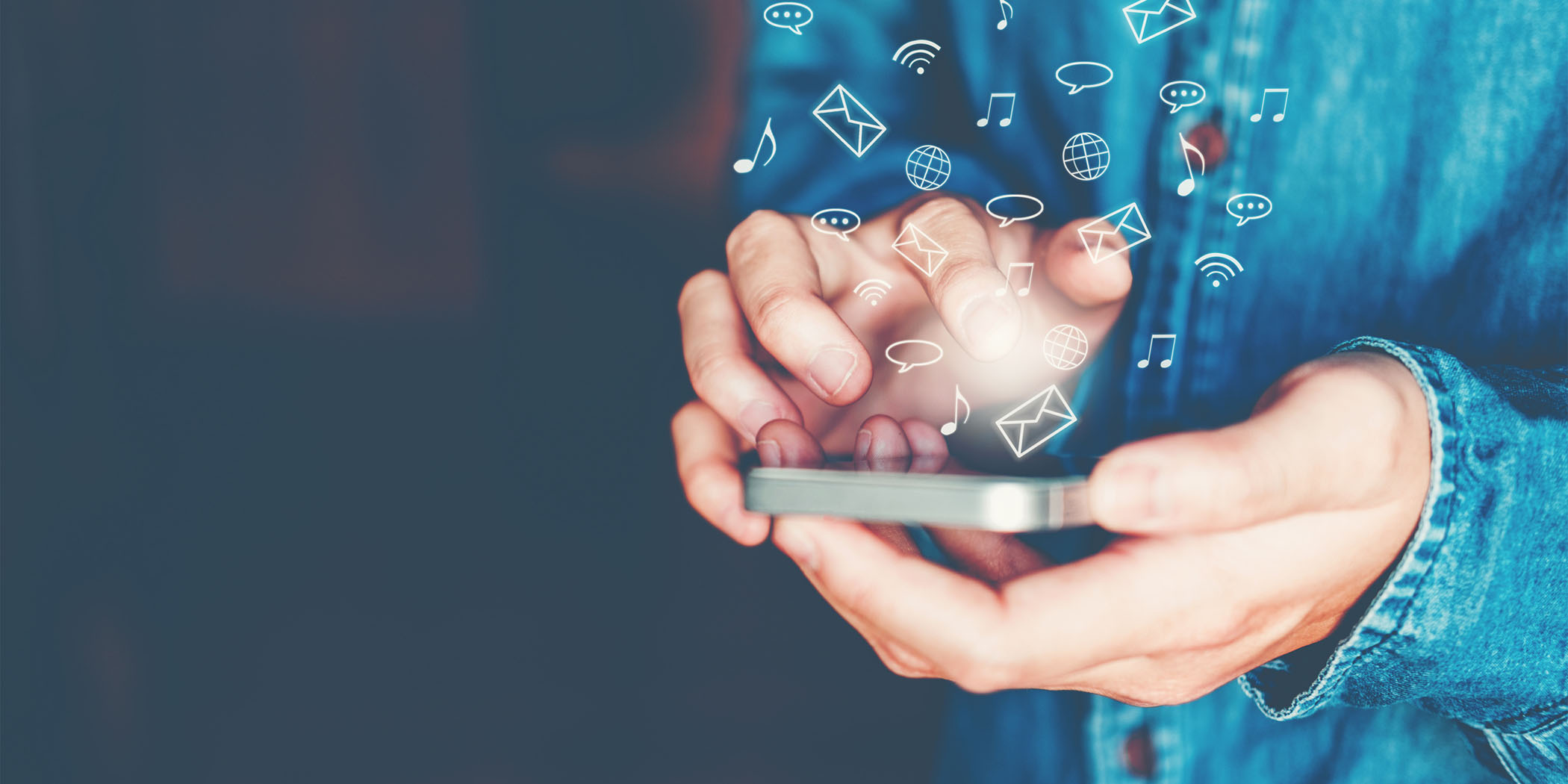 Should Marketers Prepare for a Post-Social World?

Now, it’s not like social media will be going the way of the VCR anytime soon. But consider that in the U.S., Facebook usage went from 78 percent in February 2018 to 54 percent in February 2019, according to Statcounter GlobalStats. And the Pew Research Center found that more than 4 in 10 users took a break from the platform in 2018. On the other hand, its grip is so universal that, even with the loss, Facebook towers over its social media competition like King Kong.

Instagram, an apparel industry darling that some hold partially responsible for the decline in fashion magazines, saw its usage remain basically flat, going from 0.89 percent last year to 1.3 percent in February of this year.

Twitter, the preferred platform of the current President of the United States, saw a slight increase in usage, from 4.1 percent to 6.8 percent this year. YouTube was lackluster, with usage moving from 1.5 percent to 1.7 percent. Finally, Fast Company reported in January that Snapchat saw an average drop of -3 percent year-over-year during Q4 2018.

In fact, the only platform that saw a significant increase was Pinterest, which rose from 13.6 percent in February ’18 to 27 percent this year. Hootsuite, the social media management tool, credited the rise to Pinterest being a space where people plan for the future, as opposed to debate politics or keep up with news and scandals.

While Pinterest’s surge is compelling for marketers, it doesn’t negate the fact that, regardless of their generation, the majority of all consumers (61 percent) are most likely to get their clothing ideas from what they already own and like, according to the Cotton Incorporated Lifestyle Monitor™ Survey. That goes as much for Gen Z (69 percent) and Millennials (58 percent) as Gen Xers (57 percent) and Boomers (66 percent). 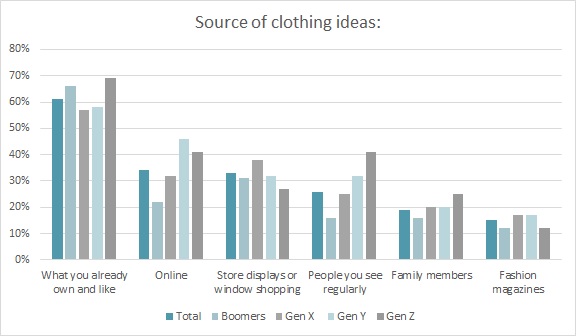 Sure, younger Millennials and Gen Z shoppers are more likely than older Gen X and Boomer consumers to get apparel inspiration online (44 percent versus 27 percent), according to Monitor™ research. But the younger generations are also influenced by people they see regularly (37 percent), store windows and displays (30 percent), and family members (23 percent).

Most shoppers still prefer to purchase clothes in a physical store (72 percent), according to the Monitor™. It’s true that the majority prefer to research (61 percent) and browse (51 percent) apparel online. But more than half of all consumers (56 percent) say the ability to shop/browse apparel online has not changed the way they buy clothes.

What that means for Instagram’s new buy button remains to be seen. The platform recently introduced the ability to buy products from 20 brands directly on its app. The brands include H&M, Nike, and Zara. Normally, if users see a product they want to buy on a brand’s Instagram page, they’re re-directed to the brand’s website to make the purchase. This new checkout button will allow users to buy instantly without having to leave the app.

Instagram is banking on that seamlessness to keep users from wandering and to attract more ads and sales. Currently, when consumers are online, 42 percent get apparel ideas from retailer and brand websites, according to Monitor™ research. That’s followed by Facebook (35 percent), Instagram and Pinterest (both 34 percent), emails from retailers and brands (26 percent), e-commerce sites like Amazon, eBay, and Rue La La (24 percent), emails from e-commerce sites like Amazon and eBay (20 percent), Twitter (13 percent), and Snapchat (12 percent).

But marketers should take note that last year, a study from Origin, the research arm for Hill Holliday, found that 34 percent of Gen Z said it’s permanently quitting social media, and 64 percent were taking a break. Looking at other users’ posts about clothes, vacations, parties, and outings on platforms like Facebook, Instagram, and Snapchat was making 41 percent of users feel anxious, sad, or depressed.

The Origin study found that 72 percent of the Gen Z respondents say people their age are too distracted by social media, 41 percent say they’re wasting too much time on it, 35 percent say there is too much negativity and 29 percent say it’s hurt their self-esteem or made them feel insecure.

Hill Holliday’s Lesley Bielby, chief strategy officer, said firms needed to think differently about how to use social media, focusing more on positivity, since young people will turn off sites that feed their insecurities.

But outside of social media, Gartner L2 says search engine marketing (SEM) remains a key channel in raising brand awareness and driving conversions. However, many brands aren’t taking advantage of it or keeping up with its evolution.

A study by Optinmonster, lead generation software, says email is still a bigger sales driver than social media. It states that 60 percent of consumers say they’ve made a purchase as a result of an email marketing message. But just 12.5 percent have even considered using a buy button on social media.

Earlier this year, Scott Galloway, professor of marketing at New York University’s Stern School of Business and the founder of L2 (which was purchased by Gartner), predicted that Snap usage will be cut in half in 2019, as will Twitter’s.

Even though consumers may show signs of tiring of all the engagement, marketers might not want to give up social media just yet. Rather, experts advise they stay diversified and keep social in their repertoire — for now. At least until the next shiny thing that replaces chocolate comes along.

Best Fibers for the Environment Among Men