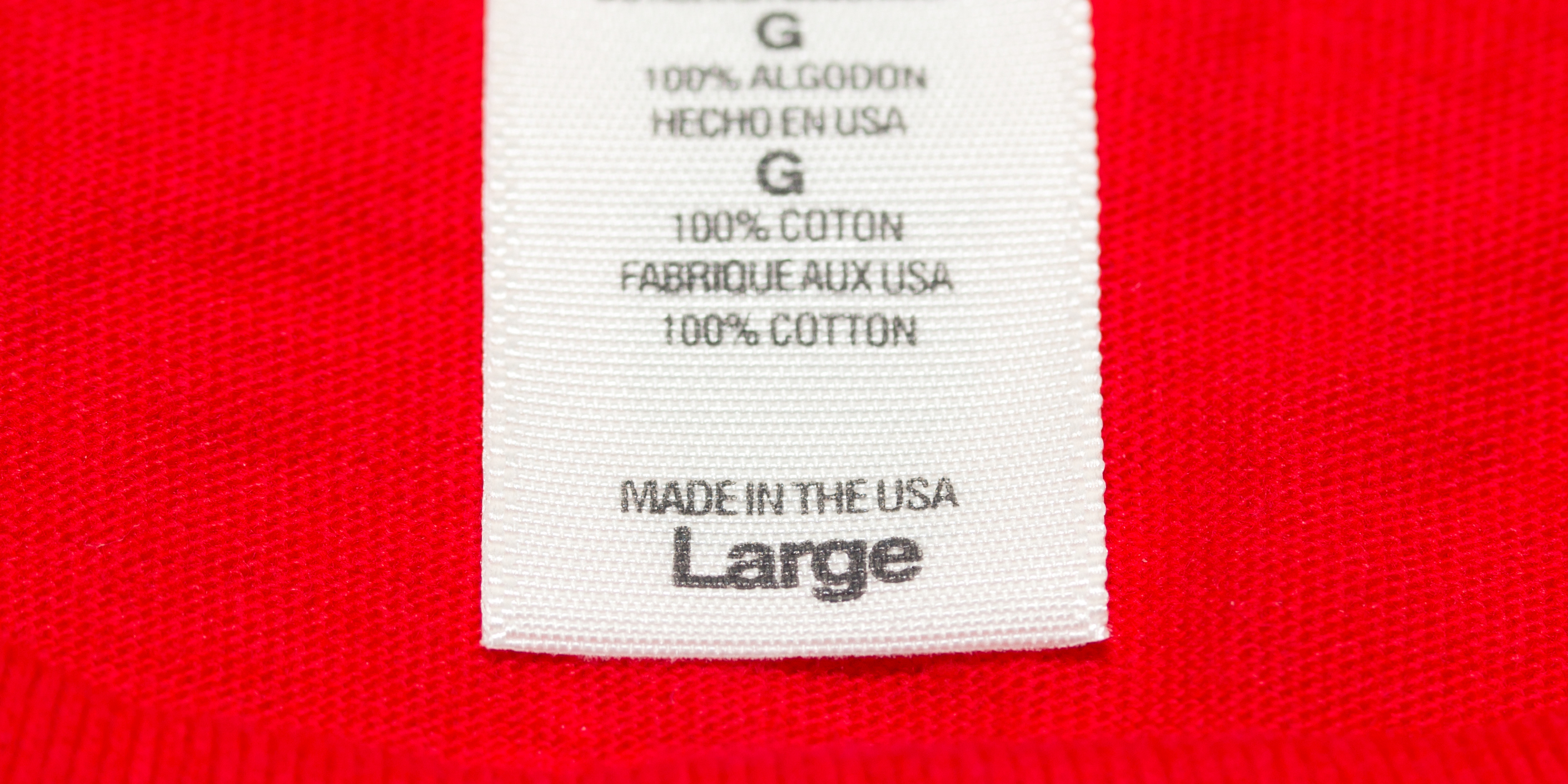 Why is it vital & profitable for fashion?

An 18-year-old college student walked through a mall, pointed to a particular fast fashion store and said he’d never shop there because of how it treated workers in its manufacturing facility.

"The new consumer is getting a little more concerned about the retailer, and the top concerns are social, environmental, ethical and sustainability -- that's the order, as we see it."

“People died in their plant,” he said. “I don’t want to support that.”

If it seems surprising that a teen would care that much about workers on the other side of the globe, he’s not alone. Consumer concern is pushing the fashion industry to become more transparent, sustainable, ethical, and accountable. And the more these issues resonate with consumers, the more it will affect their purchasing decisions.

Just as farm-to-table became popular in food culture, consumers are starting to think about what their clothes are made of, where they’re made and how they were produced. As it turns out, companies that provide as much of this information as possible stand to benefit.

However, being familiar with every aspect of a garment’s production, including where a fabric, button, or zipper came from, the dyeing process, who sewed a garment, factory conditions and the environmental impact of overseas shipping, can be daunting. But it turns out that being aware and upfront with such information can be good for business.

The Sourcing Journal’s “Transparency: Opportunities, Obstacles & Outlook 2019” report polled executives from the apparel and footwear industries. Its research found that fully 85 percent of respondents say transparency is either extremely or very important to the industries’ success. To that end, 66 percent of the companies surveyed say they’re currently pursuing transparency initiatives. Another 15 percent plan to within the next year, while 13 percent expect to pursue initiatives in the next 2-to-5 years.

The Sourcing Journal’s report found 35 percent of respondents say consumer demand has made transparency a focus for the industry.

More than half of survey participants (53 percent) say consumer interest in transparency stems from a “need to know everything” about their products, including the people who made them.

“The new consumer is getting a little more concerned about the retailer, and the top concerns are social, environmental, ethical and sustainability — that’s the order, as we see it,” Schlegel says.

Those surveyed for the Transparency report said the reason behind their accountability efforts is that it’s good for business. The majority of the companies (56 percent) say they measure the return on investment of their transparency efforts by how much it improves their brand’s reputation and customer loyalty. This is followed by 35 percent who said they measure their ROI by how much they meet or exceed industry standards, while nearly one-quarter (24 percent) measure sales, monetary returns and good press coverage.

Most executives (78 percent) feel brands should be primarily responsible for improving transparency in the supply chain, according to the Transparency report. That was followed by factories (60 percent) and retailers (50 percent).

“Far from being a liability, we’ve seen that when business takes steps to make their supply chains more transparent, members of the public, governments and investors respond positively,” said Meg Roggensack, interim executive director of ICAR. “Businesses that take their human rights obligations seriously are the ones that, increasingly, consumers want to buy from and investors want to invest in, meaning that they are better positioned – compared to those brands that opt for less disclosure – to compete and thrive in today’s global marketplace. Transparency is a net positive for companies’ bottom lines.”

More than half of all U.S. consumers (66 percent) say is it “moderately to very important” that they know about an apparel product’s environmental impact, according to Cotton Incorporated’s Global Consumer Transparency Survey. Even at two-thirds of all consumers, the U.S. tracks lower than any other surveyed country. Compare Americans to 87 percent of Chinese, 85 percent of Mexicans, 73 percent of Germans, and 71 percent of shoppers in the U.K. Clearly, this is something shoppers care about and it represents an opportunity for the industry. 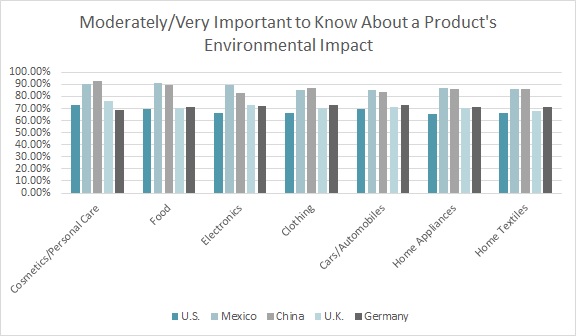 Consider that 58 percent of all consumers will pay up to 20 percent more for a product that is made in a sustainable/environmentally friendly way, according to the global survey. Another 82 percent would pay more for items they could recycle or dispose of sustainably. That goes for 95 percent in China, 92 percent in Mexico, 77 percent in Germany, 73 percent in the U.K., and 72 percent in the U.S.

Further, 39 percent of all global survey respondents are “transparency enthusiasts” — and say it is “very important” to know about a clothing item’s environmental impact. At 55 percent, Mexico has the highest share of enthusiasts, while the U.S.  has the lowest at 28 percent.

Transparency enthusiasts are more likely to be married (43 percent), have children (44 percent), have a college or postgraduate degree (42 percent), and have a high income (49 percent), according to the global survey.

At a time when brand loyalty is hard to come by, makers should keep in mind that 82 percent of consumers “somewhat/strongly agree” that apparel brands who are transparent about their manufacturing processes are more trustworthy, according to the Global Consumer Transparency Survey. And 81 percent say they’re more likely to buy clothes from a brand that’s transparent about its environmental impacts.

On the other hand, consumers are willing to turn on a brand if it doesn’t meet their environmental criteria. For instance, if consumers found out a clothing item they bought was made in a way that was harmful to the environment or socially irresponsible, 50 percent simply wouldn’t shop the brand anymore, according to the Transparency survey. Forty-seven percent of consumers would shop brands that are more sustainably made. Almost one-quarter (23 percent) would go to the trouble of returning an item for a refund, and 30 percent would take to social media or tell others in person about the offending item.

While the Transparency report acknowledges improvements in accountability within the fashion industry, respondents also feel government involvement will be necessary to keep people safe, help consumers understand what they’re buying and ensure companies are compliant with the law. Jean Hegedus, ready-to-wear director, The Lycra Company, says innovations like blockchain — a system in which digital information like transaction data and timestamps are recorded, regularly updated and linked in a peer-to-peer network using cryptography — already exist to make transparency a reality. He says it’s the tougher challenge is the industry mindset and culture. Schlegel agrees.

“The culture of the sector has been driven by marketers and merchandisers, and the model is advertise and discount, which doesn’t play well anymore with new consumers.”

10 Facts to Know About COVID-19 & Consumer Concerns in Italy