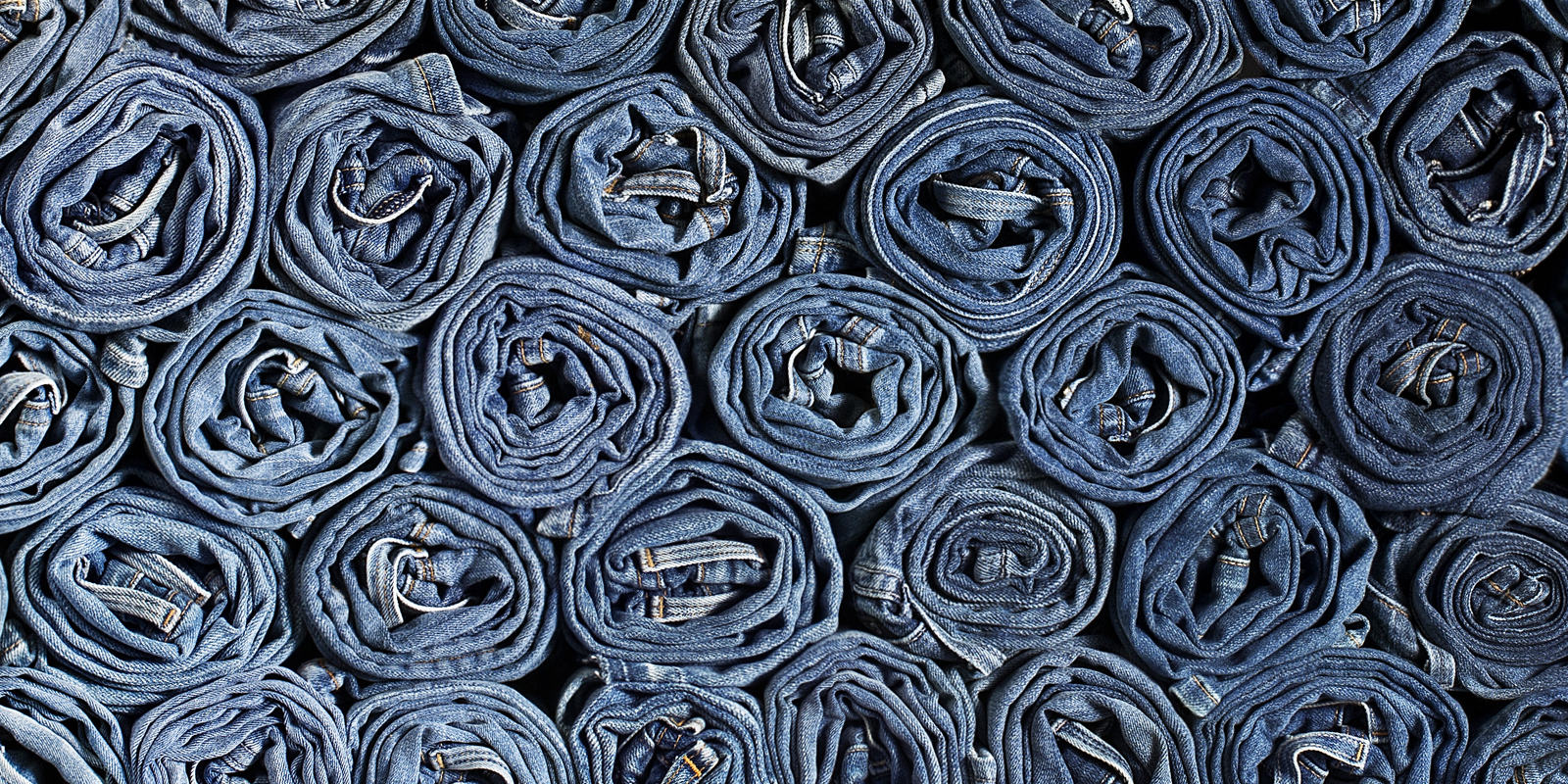 Back in the Saddle Again

Newness in the Denim Market

Two years ago, the New York Times ran a headline, “Denim is Dead. Long Live Denim,” which explained how the casualization of dress that denim instigated had led to the even more laid-back athleisure movement. The piece ended, however, mentioning the NPD Group’s observance that jeans sales had been ticking up among Millennials, “likely setting the stage for a comeback.” Denim, it’s time once again to get ready for your close up.

"No other piece of clothing has had that much influence...What you see in the pair from the 1870s is the DNA that spawns every pair of jeans today. Half the world's population wears jeans and has for the last century. It has enormous cultural significance. It has its pure design thing where it's used by millions of people."

Sales of denim in the U.S. grew 4 percent in 2016, according to The NPD Group, Inc./Consumer Tracking Service, rising to $13.5 billion among the men’s and women’s categories.

In the U.S., nearly 6 of 10 consumers (59 percent) say they “love or enjoy” wearing denim, according to the Cotton Incorporated Lifestyle Monitor™ Survey, and they tend to wear jeans or denim shorts roughly three days a week. On average, women own 6 pairs of jeans, one more pair than the 5 owned by men. 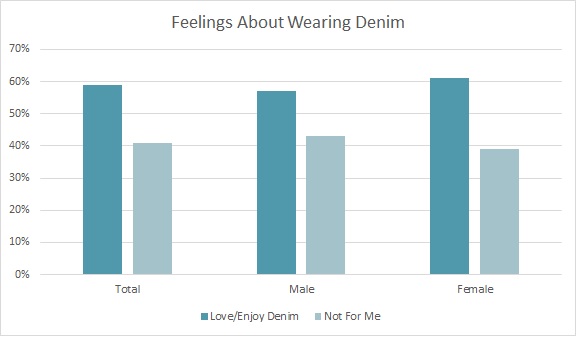 For years, skinny jeans dominated the market. As athleisure rose in popularity, denim makers seemed stuck. All the newness was showing up in active pieces, and consumers turned their attention to yoga pants and joggers. It took a few seasons of stagnant sales but denim brands seem to have gotten the message.

“It just keeps evolving in very interesting ways,” says The Doneger Group’s Roseanne Morrison, fashion director. “Right now there are certain designers that are setting the style direction, whether it’s Demna Gvasalia or Virgil Abloh for Off-White. They’re definitely street designers setting the tone for denim, and those details are being adopted for both men and women. It’s the look they have to have for the season.”

Conversely, Morrison says, there is a strong movement toward heritage brands. “Levi’s, Wrangler, and the Tommy Hilfiger brand in Europe will have a revival, especially with young people. We’re talking about Millennials and younger.”

A few years ago, Levi’s made a course correction and embarked on a business track that both embraced its heritage and looked to the future. At the recent WGSN Futures conference in New York, Jonathan Cheung, head of global design for the Levi’s Brand, explained the importance of drawing upon its history.

“No other piece of clothing has had that much influence,” he said, referencing the original Levi’s jeans. “What you see in the pair from the 1870s is the DNA that spawns every pair of jeans today. Half the world’s population wears jeans and has for the last century. It has enormous cultural significance. It has its pure design thing where it’s used by millions of people. Any demographic — men, women, children, young, old, rich, poor, people working in orchards or digging up roads to the Rihannas and Kanyes to Beyonce. It’s truly a special thing and its modest label does not portray the magnificence of its heritage.”

But to stay relevant, Levi’s has entered into major collaborations, including one that resulted in the high-tech Commuter Trucker Jacket with Jacquard by Google, and another with designer Virgil Abloh that led to Levi’s Made & Crafted x Off-White.

In the men’s market, though, the majority of jeans sold in 2016 were older products launched in 2013 or earlier. And being older, these accounted for the majority of the dollar sales losses for the year. NPD says this was likely a factor behind the slower growth rate experienced in men’s compared to the women’s market. Items introduced in 2016 were a much smaller portion of the men’s market but generated almost three-quarters of the dollars gained in the same year.

Cohen says denim manufacturers and retailers are realizing the importance of striking a balance between “giving consumers the features they know and love, and introducing them to some new elements they didn’t know they needed.”

“These jeans have a fuller cut, a straighter leg, and the jackets are oversized. But stretch isn’t going away. People are too used to comfort. The rigid and stretch jeans will co-exist.”

She points out U.S.-made denim, marked by simple, rigid denim, and straighter legs has been embraced by the younger set because “it’s almost retro for them.”

That type of jean aptly describes Dearborn Denim, based in Chicago. The brand, which sells online and at its store location, began in 2016, using West Texas long-staple cotton that’s loomed in Georgia and manufactured in Chicago. It offers both men’s and women’s styles, although men’s styles are stronger right now, says Melody Willis, store associate.

“Women are just pickier with the fit,” Willis says. “We offer two styles for women — straight and skinny. And women want a medium to high rise because it creates a smaller hip to waist ratio. Just 1 in 10 woman asks for the low rise. For men, we have slim, relaxed, and tailored fit. The tailored fit is similar to a straight fit. All of our jeans have 2 percent stretch. And unless you’re a real denim head, people request just a little stretch to make their jeans more comfortable. Even a lot of men are coming around to it.”

Morrison says men everywhere are getting used to “flex” denim because it provides added comfort. She adds that denim is moving in a cleaner direction, although destructed denim can be seen everywhere.

“When we see it on the street, we still see the fraying and the rips can be really big,” she says. “But it’s moving cleaner. The early adopter will go after the fashion and overpay for it. But denim is moving at all ranges. It’s the base piece in the wardrobe.”

Here’s Why “Made in USA” Matters