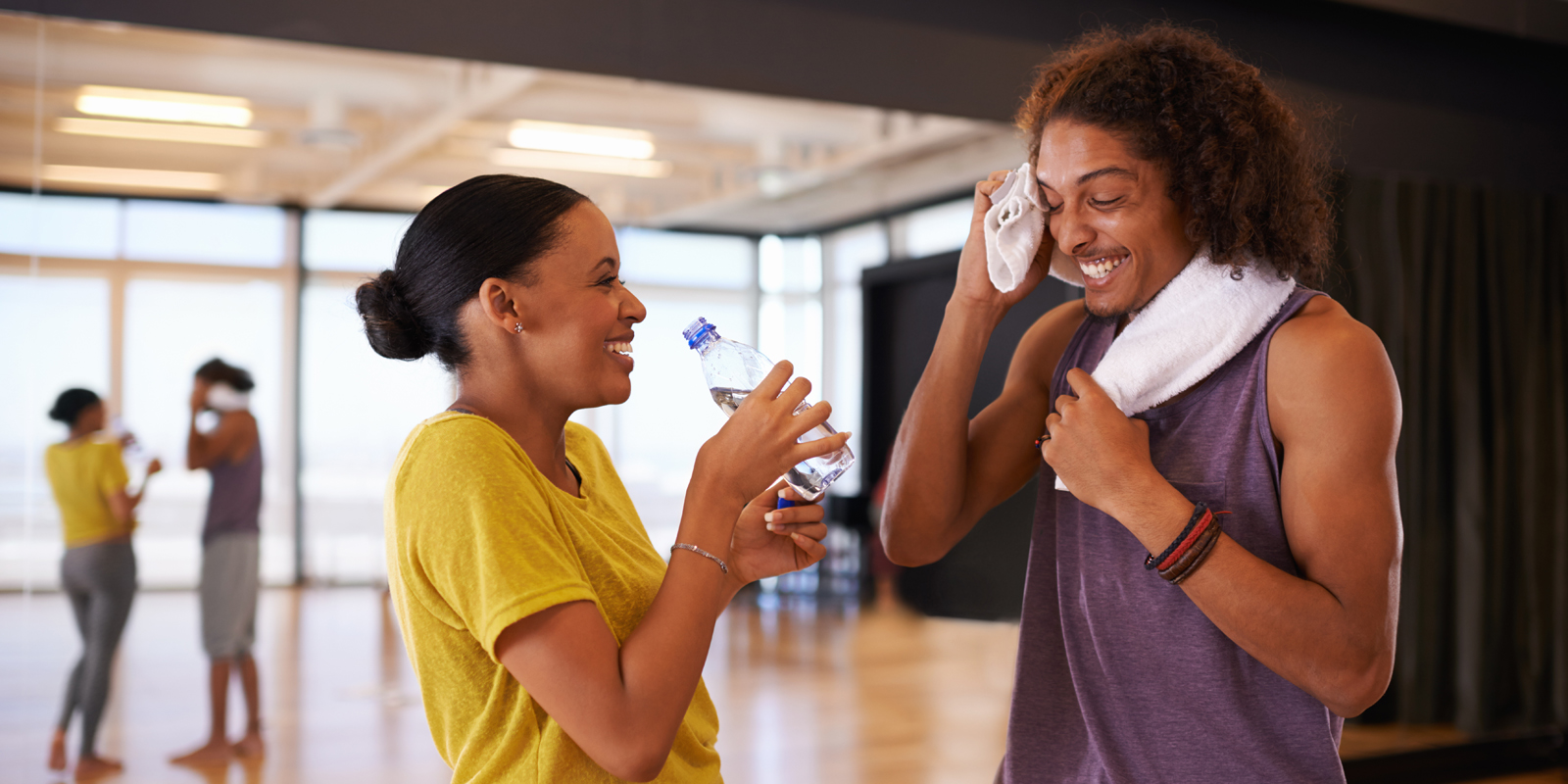 An Extra Dose of Healthy

Consumers are wearing more activewear than ever, both because it’s still trending as a fashion statement and they’re getting more exercise than they used to. And while exercising itself is a healthy choice, there are some who maintain that what people choose to wear while working out can make a difference in one’s health, as well.

The U.S. Centers for Disease Control reported earlier this year that for the first time since its surveys began 20 years ago, more than half of all Americans (52 percent) said they got the recommended amount of physical activity. And the Global Wellness Institute reported the wellness economy, which counts yoga and fitness in its sectors, reached $3.7 trillion in 2015.

On its own, the U.S. activewear business is expected to generate $83 billion in sales by 2020, according to Morgan Stanley. Consumer demand has kept key areas in activewear from seeing any price-point damage, according to Katie Smith, senior analyst for Edited, a retail data warehouse. At a recent Edited panel discussion in New York, she pointed out that despite the ubiquity of an item like leggings, they’ve only increased in average price point. From H&M to luxury brands, activewear is a very strong category. However, even though high-end designers are entering the active, the category is still dominated by product sold at mass market. In fact, Smith says, 82 percent of activewear is priced under $100 compared to just 53 percent of regular apparel.

While the industry has worked to add more styles, fits, and colors to keep consumers captivated by the category, one area that doesn’t rate much discussion is the fiber choice — even though consumers have strong opinions about it. Especially when it comes to health.

Overall, more than three-quarters of consumers (79 percent) say cotton is their favorite fabric to wear, according to the Cotton Incorporated Lifestyle Monitor™ Survey. And the majority of consumers (53 percent) say compared to manmade fibers, cotton is the best for activewear, eight in 10 say cotton is the most comfortable, while 79 percent say it’s the most trustworthy. Further, when consumers think about the attributes of cotton, 78 percent believe cotton keeps the wearer cool, 77 percent like its high performance attributes, and 67 percent like that it’s hypoallergenic. In performance activewear, about two in 10 activewear products marketed with performance tech features are made of cotton. 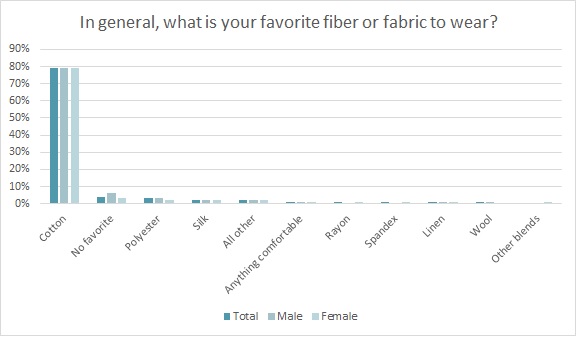 However, some consumers are concerned with synthetic fabrics. And studies show they have reason to be. Researchers at the University of Ghent in Belgium found that certain bacteria flourish on polyester, resulting in apparel that retains gym-worthy sweat smells even after being laundered. However, these microbes don’t live on cotton material. Additionally, even though makers of synthetic activewear have added anti-odor treatments, like silver nanoparticles, to help kill bacteria, a Duke University study found that can be bad for both plants and microorganisms.

Further, these anti-microbial coatings are just that: coatings. Scientists have been concerned about the nanosilver coming off in the laundry or being absorbed through the wearer’s sweat glands. The European Commission’s Scientific Committees researched nanosilver’s effect on health and found nanosilver can leave a permanent bluish-gray discoloration on the skin or eyes. But more worrying was its finding that, “In vivo and in vitro studies have now indicated that nanosilver exposure leads possibly to genotoxicity, changes in activity of the immune system and an accumulation of silver in spleen, liver, and testes.”

Earlier this year, researchers at the University of Technology Sydney said, “alarm bells should be ringing” at the widespread commercial use of nanosilver because humans will develop a resistance to it — which could spread through microorganisms in the body and environment.

Beyond the health risks of nanosilver, scientists and the United Nations are now warning the public about microplastics, the particles under 5mm in length, that are showing up in the world’s waterways. They have the potential to poison the food chain — as these tiny beads of plastic have shown up in the stomachs of marine life — as well as the supply of drinking water. In the U.S., a study commissioned by the data journalism outlet Orb, found that 94 percent of all water samples were contaminated with plastic. Synthetic apparel plays its part in this pollution, as it breaks down in the laundry cycle, moves on to wastewater treatment plants, and then enter rivers, lakes, and oceans, according to researchers at the University of California at Santa Barbara.

Holistic-oriented groups are concerned that synthetics like polyester, rayon, and nylon don’t breathe like natural fibers. Additionally, synthetics go through heavy chemical processing to turn them into fabrics. Drs. Brian and Anne Marie Clement, authors of “Killer Clothes — How Seemingly Innocent Clothing Choices Endanger Your Health,” warn consumers about the chemicals from synthetics and the benefits of natural fabrics.

To satisfy consumers who want performance technology in their natural fabric activewear, Cotton Incorporated patented TransDRY® technology, a high-performance moisture management applications that allows fabrics to wick and spread perspiration as well or better than most high-tech synthetic fabrics. Additionally, Cotton Incorporated’s WICKING WINDOWS™ technology is a moisture management application that eliminates the feeling of wet, saturated fabric against the body. The technology forces the transfer of moisture away from the skin to the outside of the fabric where it can evaporate, keeping the wearer drier and more comfortable during exercise.

Considering most consumers (51 percent) are willing to pay more for natural fibers like cotton, according to the Monitor™, moving toward natural fabrics could be good for an activewear maker’s bottom line — as well as consumer health.