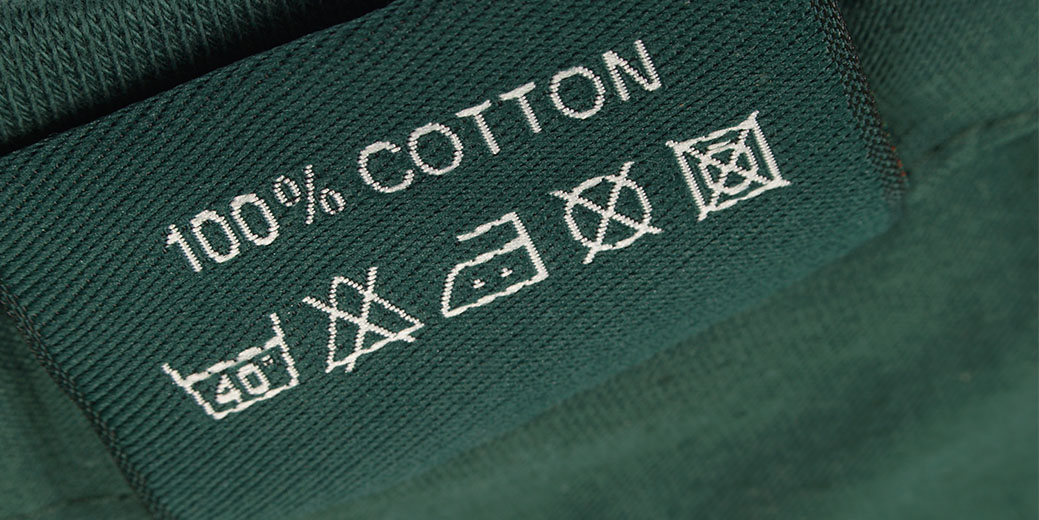 The Touch, The Feel

How a Great Tagline Can Become Part of Our Lives

It’s been called one of the most influential taglines in the U.S.  Over the past four decades, the song has been sung by a bevy of well-known popular singers. Familiar even to consumers who never saw the iconic advertising, “The Fabric of Our Lives” endures as a part of American culture.

"We don't like to use blends unless there's a reason for it...Cotton is very important to us."

In 2005, the branding agency Tagline Guru released a list of the one hundred most influential taglines based on their influence on American culture.  “Cotton. The fabric of our lives” made the list, based on votes from the advertising industry, at Number 80.  The Tagline Guru survey asked respondents to rank their top 10 taglines, and top three jingles, based on:

In 2011, Business Insider named “The Fabric of Our Lives” one of the catchiest jingles of the past 25 years. 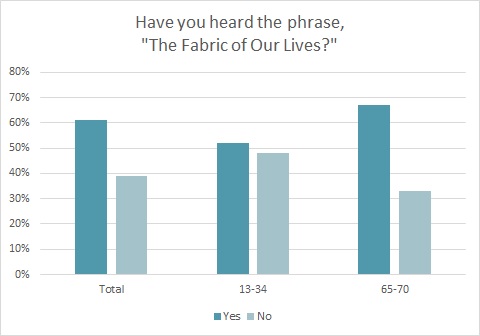 The Fabric of Our Lives® campaign was unveiled in 1989 during the Macy’s Thanksgiving Day Parade. Richie Havens lent his distinctive voice to the jingle, and over time it was reinterpreted by numerous artists; among them:  Aaron Neville, Phoebe Snow, Hayden Panettiere, Zooey Deschanel, Kate Bosworth, and Emmy Rossum. The music and lyrics changed a bit with each interpretation, but at the heart of each iteration was, “The touch, the feel of cotton. The fabric of our lives.”

The jingle may have created an enduring emotional connection to cotton for consumers, but the use of the fiber has more practical and environmental pluses for apparel brands.  For Cockpit USA, maker of men’s and women’s apparel, accessories and military jackets, soft cotton fabric is essential in its collections, says Jacky Clyman, co-founder and executive vice president.

“That’s a big thing for us,” she said at New York’s Liberty Fairs fashion trade show. “We don’t like to use blends unless there’s a reason for it. For instance, some of our military jackets are cotton and nylon, which makes them almost fully waterproof. But T-shirts are 100 percent cotton. We do canvas, Bedford corduroy…Cotton is very important to us.”

More than 8 in 10 consumers (83 percent) say cotton is their favorite fiber to wear, according to Monitor™ research. Further, more than 7 in 10 consumers (72 percent) say if they could spend their whole life in one fiber, that fiber would be cotton. Men are significantly more likely than women to prefer to feel this way (76 percent versus 62 percent).

At a time when consumers are less loyal to specific stores or brands, 63 percent of consumers say they would feel more connected to a brand that offers clothes made of natural fibers like cotton, according to the Monitor™ survey. This feeling was especially strong among Millennial shoppers (74 percent).

The Monitor™ research also found that, compared to manmade fiber clothing, more than 8 in 10 consumers (84 percent) say cotton clothing is the most sustainable.

Sustainability in fashion is becoming more and more topical. At a recent Editions panel discussion sponsored by Edited, the retail analytics consultancy, Tommy Hilfiger’s Randy Cousin, vice president of brand merchandising, said sustainability is a message that is resonating more than ever.

“Especially when you talk about the younger consumers, about how much they’re looking at sustainability to be the future,” he said.

“Brace yourselves,” he stated. “It starts with the plastic straw but in the next five years, it’s all about sustainability, recycled materials, and adjusting your supply chain to be more cognizant of the wastage. And it’s really so important to the younger consumer.”

Among social and environmental issues, water quality tops the list of concerns for 85 percent of consumers, according to the Monitor™ research. Other top issues include air quality (80 percent), child labor practices (79 percent), depletion of natural resources such as oil or minerals (75 percent), and the overconsumption of goods (68 percent).

In the U.S., roughly three-fourths of all consumers (76 percent) consider cotton to be the most sustainably produced fiber, according to a Harris Insights & Analytics poll on global sustainability that was commissioned by Cotton Incorporated.

Further, 93 percent of consumers say better quality garments are made from natural fibers like cotton, according to the Monitor™ data. Now consider that half of all the consumers who have heard and understand the phrase “the touch, the feel, the fabric of our lives” say it means comfort/feels good/soft. Perhaps it’s understandable why it’s a tagline that continues to endure the test of time.