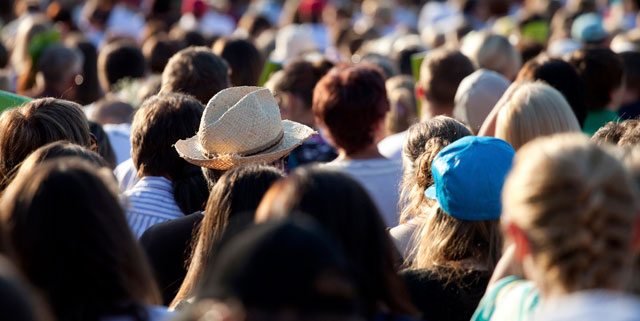 The last 20 years in retail have been marked by increasingly sophisticated technology.  Take crowdsourcing: it evolved from asking consumers which pattern to stick on a T-shirt to becoming an R&D tool for designers and retailers.  Meanwhile, crowdfunding is lending a hand to designers who might not otherwise get a break.

"Our community gets to have significant input, we get to learn more about what our customer likes, and our designers get loads of constructive feedback direct from the consumer."

“Both start-up designers and retailers benefit, potentially gaining both fans and funds, but at different levels,” Scafidi says.  “The downside is steeper for designers — but on balance, careful crowdsourcing is an exciting way to harness the wisdom of the crowd.”

These days, a quick click of a button or tap on a screen allows customers to get their voices heard.  More than two thirds (68%) of consumers say they “always, usually or sometimes” write product reviews regarding clothes they bought either online or in-store, according to the Cotton Incorporated Lifestyle Monitor™ Survey. And 71% say product reviews are “very or somewhat influential,” up significantly from 61% in 2010.  On top of that, 81% say such reviews are believable.

Crowdsourcing is big with retailers and designers who want to avoid designs that fall flat or costly over-production. Strategies like ModCloth’s Be the Buyer prove its validity.

“Our program allows our community to help choose the next ModCloth exclusive items,” says Maggie Glover, head of community.  “Members are given images of garment samples that they can vote to either ‘pick’ or ‘skip.’ They can also post comments about what they think would make an item better, like ‘I wish this were shorter,’ ‘I wish this had sleeves,’ etc.  Many times we alter products before they are produced and sold based on the feedback. We have over 17 million votes and more than 850,000 comments to date.”

Glover says the program is a “win-win” for everyone involved.

“Our community gets to have significant input, we get to learn more about what our customer likes, and our designers get loads of constructive feedback direct from the consumer. We release new products every day, and on average our Be the Buyer items sell up to twice as much.”

That may be because engaging customers seems to add to their satisfaction.  Currently, more than half of all consumers (53%) say they “love or enjoy” shopping for clothes, up significantly from responses in 2009 and 2010 (49%), the Monitor survey shows.  On average, consumers spend about $72 on clothes each month, although that figure jumps to $83 among those ages 25-to-34.  And they shop about twice per month in-store and once a month online.

While crowdsourcing helps influence what products are sold, crowdfunding can decide which designers make it in the business.  Luevo, a new Toronto-based crowdfunding venture, will connect indie designers with consumers who will let their wallets determine what actually gets produced. Ana Caracaleanu, Luevo’s founder and CEO, says she aims to launch this October with 100 designers on the platform.

“Luevo is for indie designers who have their supply and manufacturing lined up, but who need money for production,” Caracaleanu explains, adding that it will launch in Canada, the U.S. and U.K.  “Each product on Luevo will have a minimum production requirement — designers will have to raise orders.  And if they’re not successful, there’s clearly not a demand for that product.” 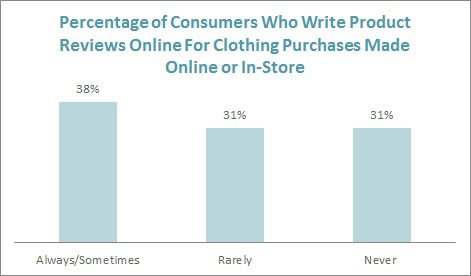 Caracaleanu says this pre-order requirement makes the Luevo platform different from crowdsourcing, which allows people to “like” a product without actually buying it.

Scafidi agrees upfront payment prevents over-production.  And, she adds, the movement from crowdsourcing to crowdfunding could be a big benefit to startups, “to whom banks aren’t particularly friendly.”

For established brands looking for design opinions more than funds, tech leader SAP created the My Runway app, a virtual personal shopping assistant.  Though designed for consumers, SAP’s Li Gong, vice president of product and head of My Runway, says the industry can benefit, too.

“My Runway institutes crowdsourcing in a non-intrusive way by providing product feedback to established designers based on what they’ve purchased, or their interest in purchasing via the wish list, as well as commenting or sharing with friends.”

Among other things, Gong says such social apps are “helping to address the challenges of design creation and real-time merchandising adjustment.”

Laura Moreno, founder of LALY designs, is an SAP fashion ambassador whose collection is on the My Runway app.  She likes that it can help her reach a broad audience, easily compare her “wished for” items against those of competitors and increase marketing via the community of fans.

“People want to be catered to,” Moreno says. “Allowing them to select their own looks and styles might lead to complexities in the number of products that need to be designed and produced.”

Emerging designers who are currently free to be innovative and develop their signatures because they are not yet answering to a corporate board run the risk of being lost with “crowding,” according to Scafidi.

“On the other hand, over time consumers may be more likely to visit a retailer when they feel they have some input into curating the available selections.”