The designer collaboration is alive, well and multiplying rapidly — a fact that should keep shoppers awash in one-offs for quite some time.  But the newest collaborations are breaking with formula in a boon for consumers.  Instead of just high-end brands creating low-priced luxe lines for mass merchants, the latest partnerships include premium and better department stores and chains.

“Fashion has become democratic,” says Steven Kolb, CEO of the Council of Fashion Designers of America.  “We like the idea of celebrating creativity in multiple distribution channels.”

"Fashion has become democratic. We like the idea of celebrating creativity in multiple distribution channels."

The CFDA entered into a partnership with both Neiman Marcus and Target to roll out a limited-edition holiday collection, designed by 24 CFDA designers.

Over the years, Macy’s has paired with numerous designer heavyweights for limited engagements, including Michael Kors, Rachel Roy and Ralph Lauren.  Its series of collaborations is continuing, most currently with Nicole Richie.

“Macy’s has worked with an amazing spectrum of designer talent throughout our designer capsule series,” says Martine Reardon, chief marketing officer.  “The goal is to continue bringing amazing design talent, great quality and construction, and affordable prices to shoppers who may not otherwise be able to experiment with fashion from these covetable brands.”

Consumers continue to acquire designer-made, limited-run product that sells for a fraction of the normal cost.  Such partnerships offer built-in cache with the promise of intrinsic style and quality simply because of the designer’s good name.  This retail model gibes with still-careful consumers who, when making a new apparel purchase, rank fit (96%), comfort (95%), quality (92%), price (92%), and style (82%) high, according to the Cotton Incorporated Lifestyle Monitor™ Survey. 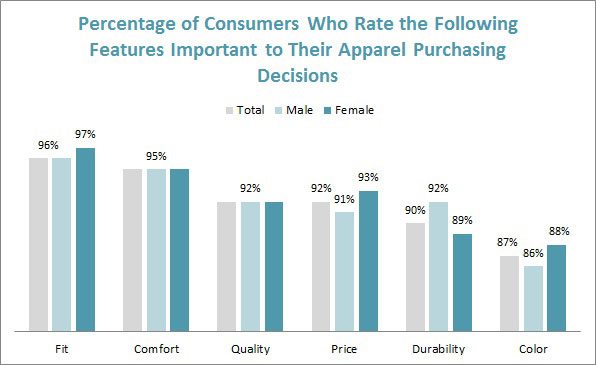 Strategic Mindshare’s Cynthia Cohen, president, says designer collaborations are not likely to get old, because they offer excitement at multiple levels.

“They’re not running out of steam at all because you always have new designers,” Cohen says.  “Plus, stores can use the designers to compensate for when their in-house designers get blocked.  They can bring in some outsiders for inspiration and that’s not a bad thing.”

On average, consumers shop for clothes in stores about twice per month and online about once per month, according to the Monitor.  Most (64%) get their apparel ideas from what they already own and like, but they are also influenced by what they see online (30%), fashion magazines (20%), and celebrities (11%).

Macy’s Nicole Richie line combines both the designer and celebrity components.  The retailer had the opportunity to partner with Richie during NBC’s “Fashion Star.”

“After working closely with her throughout that process, we realized she would be the perfect fit to create an exclusive collection,” Reardon says.  “As a fashion icon, designer and television star, her name alone creates excitement for our customers. Her bohemian aesthetic and fashion icon status speaks directly to our customers, offering them an eclectic mix of product that is glamorous and affordable.”

The CFDA’s collaboration with both Neiman Marcus and Target may seem unlikely at first glance, but is actually a natural fit.

“Both are longtime supporters of CFDA,” Kolb says.  “They had been talking about a possible collaboration, and with CFDA’s 50th anniversary they thought it was a perfect connection.  Jim Gold [Neiman Marcus Group president of specialty retail] approached Diane [Von Furstenberg, CFDA president] with the idea at last Fashion Week and she immediately wanted to be involved.”

The designers involved in the CFDA collaboration include Carolina Herrera, Derek Lam, Von Furstenberg and Marc Jacobs — “with both the Neiman Marcus and Target customers in mind,” Kolb says.  The collection will include men’s, women’s and children’s apparel and accessories, and retail from $7.99 to $499.99, with most items selling for less than $60.

Gap will also be rolling out a group collaboration.  It has partnered with GQ’s “Best New Menswear Designers,” with the apparel scheduled to launch Sept. 27. Designers include Ian Velardi, Todd Snyder and BLK DNM, the new jeans-focused line from Johan Lindeberg.  The men’s apparel and accessories will be sold in stores and online.

The “traditional” designer collaborations are sold at mass merchants.  That is why these new group projects could bring a whole new set of high/low fans.  One-fourth of consumers (25%) shop for most of their clothes at chain stores, followed by mass merchants (23%), department stores (14%), and specialty stores (13%), according to the Monitor.

Anthropologie also unveiled a group collaboration.  Featuring 11 different indie designers — including Samantha Pleet, Charlotte Linton and John Patrick — the “Made in Kind” partnership kicked off in April, with one collection being offered at a time.

“You never know what the tipping point will be with a small designer,” Cohen says.  “Jason Wu was a very small designer and then one January night, the new First Lady [Michelle Obama] wore his dress.  Retailers are taking a risk with them but they create freshness.  And one is bound to break out of the pack.  So retailers can choose a range of designers, see who resonates and then drop some, add some and make a bigger deal of whoever really worked.”

Kolb agrees designer collaborations are here to stay.  “As they continue, each one will be different, unique and special to the designers and retailers involved.  They make shopping fun and exciting.”

How Influential Are Promotions to Tier 2 Chinese Consumers