designers are always looking at past fashion trends to help decide what everyone should be wearing in the future. The recent New York Fashion Week (NYFW) was no different: silhouettes and accents from the ’70s and ’80s were out in full force. And nowhere were there pattern-changing LED trompe l’oeil dresses, digital message T-shirts, or jackets whose sleeves let you scroll through your mobile notifications.

"We as technologists have to work with the fashion industry because they are the only ones who know how to get some thing on your body and make it popular...All of the thinking that comes out of the fashion mind can work with the engineer and this can be solved easily and elegantly. But if we don't get together, we can't do it."

Just a handful of years ago, NYFW featured light up gowns and tops with glowing electronic messages. And wearable accessories were everywhere. While the dearth of high tech fashion for Spring/Summer 2019 would seem to suggest the Jetson apparel era is over before it ever really began, some experts say that’s not the case.

The week of New York runway shows and presentations ended with a pair of discussions titled “Technology-Enabled Fashion: A Look at Tomorrow” at Amazon’s AWS Loft.

“Fashion and tech will come together but it will take a lot of trial and error,” said Noah Gellman, CEO of The Lead, a firm that bridges fashion and retail with the tech industry. “There’s been a deceleration because the businesses didn’t make money. When we talk about wearables and sensors that were integrated in apparel or fabrics, there was definitely a rush to fund a number of companies. But the demand and returns weren’t there. So a lot of the investment dollars were shifted into the technology to drive this business. But that doesn’t mean it won’t shift back when proven winners start to come out on the front end.” 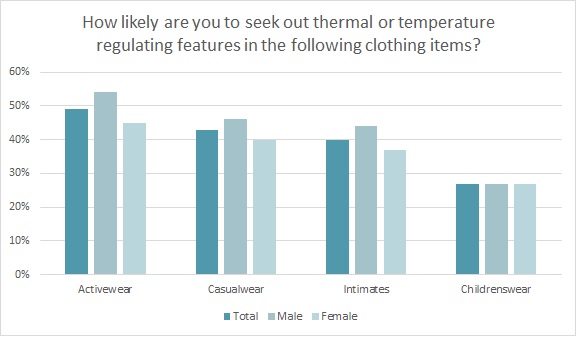 “The big firms like Google and Intel know that it’s all going to come together,” Gellman said. “It is absolutely inevitable. They want to put money into this so they can help drive it into the future.”

Already, Google’s Advanced Technology and Projects group (ATAP) has created Project Jacquard, a full-scale digital platform for smart clothing. The technology is woven into the garments, allowing users to access directions, music or their phone with a touch on the jacket, rather than pulling out their device while walking or biking. Jacquard Threads’ conductive metal alloys are so thin, they can be combined with a variety of natural and synthetic fibers. One of its first pieces was the Levi’s Commuter Trucker Jacket. It’s made of cotton and looks like the traditional Levi’s jean jacket. But tiny electronics in the flexible snap tag connect the jacket’s cuff to the wearer’s mobile device. Wearers can customize their jacket’s abilities; for example, tapping the sleeve to change a song, or brushing the cuff to mark a new favorite coffee shop.

With their high-tech trucker jacket that features a 100 percent cotton exterior, both Levi’s and Google’s ATAP capitalized on the fact that, in general, cotton is consumers’ favorite fiber to wear (81 percent), according to MonitorTM research. Compared to manmade fiber clothes, more than 7 in 10 consumers say cotton apparel is the most comfortable (86 percent), sustainable (86 percent), soft (83 percent), and quality (78 percent).

Anina “Net” Trepte, 360Fashion Network’s founder and CEO, told the panel discussion’s attendees that she’s been working for a decade on products that would get people off their phones.

“Our lifestyles are physical and we react to physical things. What I see happening is we’re now starting on this bell curve back down where we’re all sick and tired of running into lamp posts and stepping in puddles because we have our phones in front of our faces,” Trepte said. “We can offload some of this tech into our clothing. Then we can access the data we want and we can return to this human connection we’re yearning for.”

Trepte says it will take more than interesting engineering to get consumers to buy tech-enabled clothes. “If it ain’t beautiful, nobody will wear it,” she quipped.

Trepte’s firm has collaborated with designer Richie Rich, who created the Heatherette brand, on a line of light-conductive jewelry, which was unveiled at the AWS Loft event. Rich says he expects to achieve a lot more in the fashion tech space.

“Fashion is seen as frivolous, but we all need to wear clothing,” he says. “I think it would be cool to have GPS in a T-shirt to find out where your boyfriend or girlfriend would be. I’ll probably do some apps that work along those lines, too. I want to use my platform in the industry to show there’s more you can do with technology and make it cool.”

Edward Hertzman, founder and president of the Sourcing Journal, said the industry needs to examine “what is scalable and what is actually a business.

“Maybe a T-shirt we’re wearing will be able to detect if we’re having a heart attack and be able to send out a message directly to 911,” he stated. “Wearables aren’t a bad idea but they haven’t scaled. That doesn’t mean they won’t happen.”

Gayatri Keskar, senior material scientist at Material Connexion, a materials-driven design platform, agreed, saying there are innovations but it’s just taking time for them to gain traction. Keskar described graphene, which is made of a single sheet of carbon atoms. It’s ultrathin, conducts better than copper, is 200 times stronger yet six times lighter than steel. And because it’s extremely flexible, it can be used in apparel like activewear and outerwear.

Successful, tech-enabled apparel seems to be a matter of bringing together the geeks and the visual creatives.

“We as technologists have to work with the fashion industry because they are the only ones who know how to get some thing on your body and make it popular,” Trepte said. “All of the thinking that comes out of the fashion mind can work with the engineer and this can be solved easily and elegantly. But if we don’t get together, we can’t do it.”

Best Fibers for the Environment Among Consumers