It’s hard to forecast the economy 14 months out — never mind 14 years — but the current trends are clear: By 2030, the United States will be supplanted as the world’s biggest market for apparel by China. And India will not be far behind.

"There are two parts to this: the belt and the road...The belt is the physical road, which takes one from here all the way through Europe to somewhere up north in Scandinavia. What they call the road is actually the maritime Silk Road, in other words, shipping lanes, essentially from here to Venice. Therefore it’s very ambitious, covering about 65 percent of the world’s population, about one-third of the world’s GDP, and about a quarter of all the goods and services the world moves."

Although China’s economy has slowed in recent years, a report from Fung Global Retail & Technology shows consumers there are optimistic and generally confident in their economy — and they’re willing to spend more in categories that include children’s clothing and casual apparel. Meanwhile, the Nielsen Global Survey of Consumer Confidence showed India’s confidence is up three points from the previous quarter.

“In India, the Union Budget presented by the finance minister at the end of February revealed the government’s commitment to fiscal consolidation and appears set to pave the way for sustained and inclusive growth,” said Roosevelt D’Souza, managing director, Nielsen India. “In the days following the announcement, an improvement in various macroeconomic indicators was evident, and the government seems to be on its way to achieving its objectives of low inflation, low interest rates and high GDP growth—a scenario optimal for improved consumer spending.”

These positive indicators bode well for apparel makers. GDP and apparel spending in both China and India are projected to more than double over the next 15 years, according to Euromonitor International. By 2030, China will be the world’s largest apparel market, followed by the U.S. and India.

Compare that with the World Economic Forum expectation of a more modest global increase in GDP by 2030 of just 40 percent (per capita).

China’s positive economic outlook might also stem in part from its “One Belt, One Road” initiative. This is both an economic and diplomatic program that calls for major investment in the region’s trade routes. In a recent McKinsey podcast, senior partner Kevin Sneader described what the initiative is and what it means for the region’s trade.

“There are two parts to this: the belt and the road,” he said. “The belt is the physical road, which takes one from here all the way through Europe to somewhere up north in Scandinavia. What they call the road is actually the maritime Silk Road, in other words, shipping lanes, essentially from here to Venice. Therefore it’s very ambitious, covering about 65 percent of the world’s population, about one-third of the world’s GDP, and about a quarter of all the goods and services the world moves.”

The $100 billion initiative would help fuel growth for China after its economy has seen a period of slowing down. It would be a massive undertaking but could also be a tremendous opportunity those who live, work, and conduct business there.

The Cotton Council International (CCI) and Cotton Incorporated Chinese Consumer Survey has found that although China’s apparel market is fragmented, it is becoming less so. The top 10 brands purchased in activewear, jeanswear, tops, and bottoms have increased market share of consumer purchases over the past three years. This means both established brands and new entrants will have to work harder to realize the growth potential in China.

Places like Xiamen are now helping to foster creative designer culture. The Business of Fashion recently spotlighted the “Xiamen Fashion Gang,” a group of young, indie fashion designers who are making “a big impression on Xiamen’s cultural economy.”

Meantime in India, the past 15 years have seen shoppers in major metropolitan cities gravitate toward specialty, department, and hypermarket shops and away from unorganized street markets and independents stores as the retail landscape in these cities has developed, according to the CCI and Cotton Incorporated Global Lifestyle Monitor Survey. The CCI and Cotton Incorporated Indian Consumer Survey finds that, as this trend has accelerated, international brands have continued to flock to India, taking share from domestic players. In 2015, international brands accounted for 35 percent of men’s and women’s wear purchases. 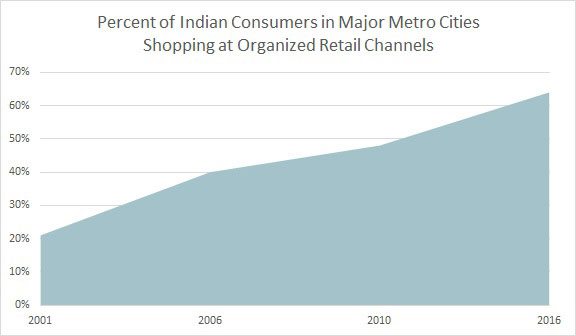 In China, 68 percent of consumers are willing to pay more to keep clothing cotton-rich, according to the CCI and Cotton Incorporated Chinese Consumer Survey. And 76 percent of shoppers are more loyal to brands offering natural fibers like cotton.

Cotton Incorporated and CCI have been conducting a consumer promotion program called “Mian Is…” (MI) in China for a decade, reminding consumers about the benefits of cotton and educating them on the fiber via digital and social media campaigns.

“In 2015, with the theme of ‘Cotton, more than looking good,’ the campaign promoted cotton’s fashionability and other benefits,” says Cotton Incorporated’s Angela Chen, Manager, Public Relations China. She emphasizes the depth of MI’s digital dive. “One of the MI musical and dance videos reached 16 million viewers. The program also has more than 60,000 Weibo fans and more than 10,000 fans on Wechat, a platform we just joined last June.”

Chen says the “Mian Is…” campaign helps promote cotton’s authenticity through educational videos as well as ventures such as a collaboration with Uber during Shanghai Fashion Week, and a partnership with iLady — a leading female social media platform — that allows for a lot of interaction with Chinese shoppers.

“Consumers often leave positive feedback to MI,” Chen says. “They express their love for cotton, but they also ask many questions about how to take care of cotton products, how to mix and match cotton apparel items, etc. The campaign is also recognized by the Chinese media. This combined consumer and media attention has helped brands and retailers increase their confidence in cotton — and develop better products.”

Repositioning For the Conscious Consumer