In Celebration of Shopping

Retail Prepares for Fashion's Night Out

Fashion’s Night Out is back.  And for those wondering if it is bigger and better than ever, in a word: Bieber.  As in, Justin Bieber, who says in the event’s promotional ad he’ll “definitely” be taking part, before asking, “Will you be there?”

And who knows the untold numbers who might turn out on the off chance they could bump into “the Biebs” in a contemporary sportswear department?

This year marks the fourth annual Fashion’s Night Out, and increasing numbers of retailers are hopping aboard the FNO train.  It has turned into a shopping event the fashion conscious, scene makers, and funsters alike all mark on their calendars.  That is important for stores, since 7 out of 10 consumers say they plan their apparel purchases, and more than half (53%) plan on purchasing new fall clothing for themselves this year (up from 46% in 2011),  according to the Cotton Incorporated Lifestyle Monitor™ Survey.

This year’s FNO is officially running from 6 to 11 p.m. on September 6 at stores in more than 18 cities around the world – and online.  Of course, some affairs may start earlier or run later. Last year’s shopping celebration featured more than 4,500 events in the U.S. alone.  This year, celebrities, limited-edition products, performances, runway shows, deejays, food and libations will all be part of the worldwide bash, which coincides with the kick-off of New York Fashion Week.

“Fashion’s Night Out serves as a great ‘season-opener’ for New York City retailers, including the shops inside the Time Warner Center,” says Stacey Feder, vice-president, Related Companies, which owns and manages The Shops at Columbus Circle.

"There is a wonderful energy as shoppers seek out new trends, stock up on fall favorites and even begin to think about holiday gift ideas."

The sentiment is echoed in the Windy City.

“Last year was the very first ‘900’s Night Out: Fame, Fashion & Flavor’ FNO event,” says Ryan Beshel, spokesperson for 900 North Michigan Shops, Chicago.  “And based on its success, we are pulling out all the stops again.”

At LimoLand in New York City’s Meatpacking District, “The energy and excitement of a party, DJ, glow sticks and random giveaways will help create lasting excitement to kick off the [fall] season,” says Mary Helen Rowell, store manager. “Weeks after the event someone will walk down the street and say ‘Hey, I went to a really rad dance party at that store for FNO. Let’s go in and check it out again!'”

Southlake Town Square’s Karla Chase, marketing director for the Texas center, says FNO has proven to be a shopping draw.

“This year, our runway fashion show is sure to get people in the mood to start purchasing fall fashions,” Chase says.  “We have had a great response from our retailers and have over 50% participating.”

This will be Southlake’s third year taking part in FNO, and it has ramped up planned festivities.  Guests will be treated to in-store events, a professionally produced fashion show and beauty makeovers.  Deejay and live musical acts will add to the energy, as will the personality component provided by emcee Amy Vanderoef of “Good Morning Texas” and Hilari Younger from HGTV’s “Design Star.”

“We want our guests to all feel like celebrities, so there will definitely be a red carpet entrance with photos snapped in front of the Step & Repeat backdrop,” Chase says.

At the Time Warner Center, 80% of the shops and restaurants are participating. And every half-hour, the new L.K. Bennett flagship store will transport shoppers between the London Hotel and The Shops via a double-decker bus.  These participants will receive a gift bag of goodies, sip champagne and shop with renowned stylist Amy Acton.

“There is a wonderful energy as shoppers seek out new trends, stock up on fall favorites and even begin to think about holiday gift ideas,” Feder says.  “We will also use FNO to tease fall shop launches including C. Wonder, H+M and several other soon-to-be-announced openings.”

The party atmosphere of Fashion’s Night Out encourages group shopping, which both makes the night more social and can lead to added sales.  The majority of consumers (53%) say friends are most likely to influence them to buy new clothes, the Monitor finds.  The star factor is also important: 22% say apparel worn by celebs is “very or somewhat influential” to their own clothing purchases. 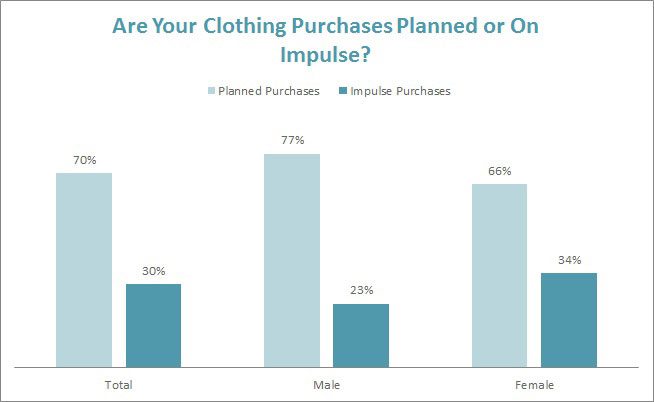 That is not lost on the 900 North Michigan Shops, which has called on TV and film actress Ali Larter to play host, while Chicago stylist Eric Himel oversees its fashion show.  To feel like a VIP, a tie-in with the Four Seasons Hotel Chicago includes upgraded guest accommodations, a $75 gift card and a Continental breakfast for two.

“We had over 3,000 attendees last year,” Beshel says.  “We hope to welcome even more new guests – and our loyal locals – to our stellar new retailers and refresh everyone about our luxury stores.”

LimoLand’s Rowell says FNO is a great opportunity to create a lasting memory for customers, “which is especially important for smaller retailers like us. Creating visibility and brand recognition is very valuable to a brand like LimoLand.  FNO helps us achieve that.”

From Indie to Major Labels

Where Do Consumers Purchase Most of Their Clothing?

Preparing for a Comeback