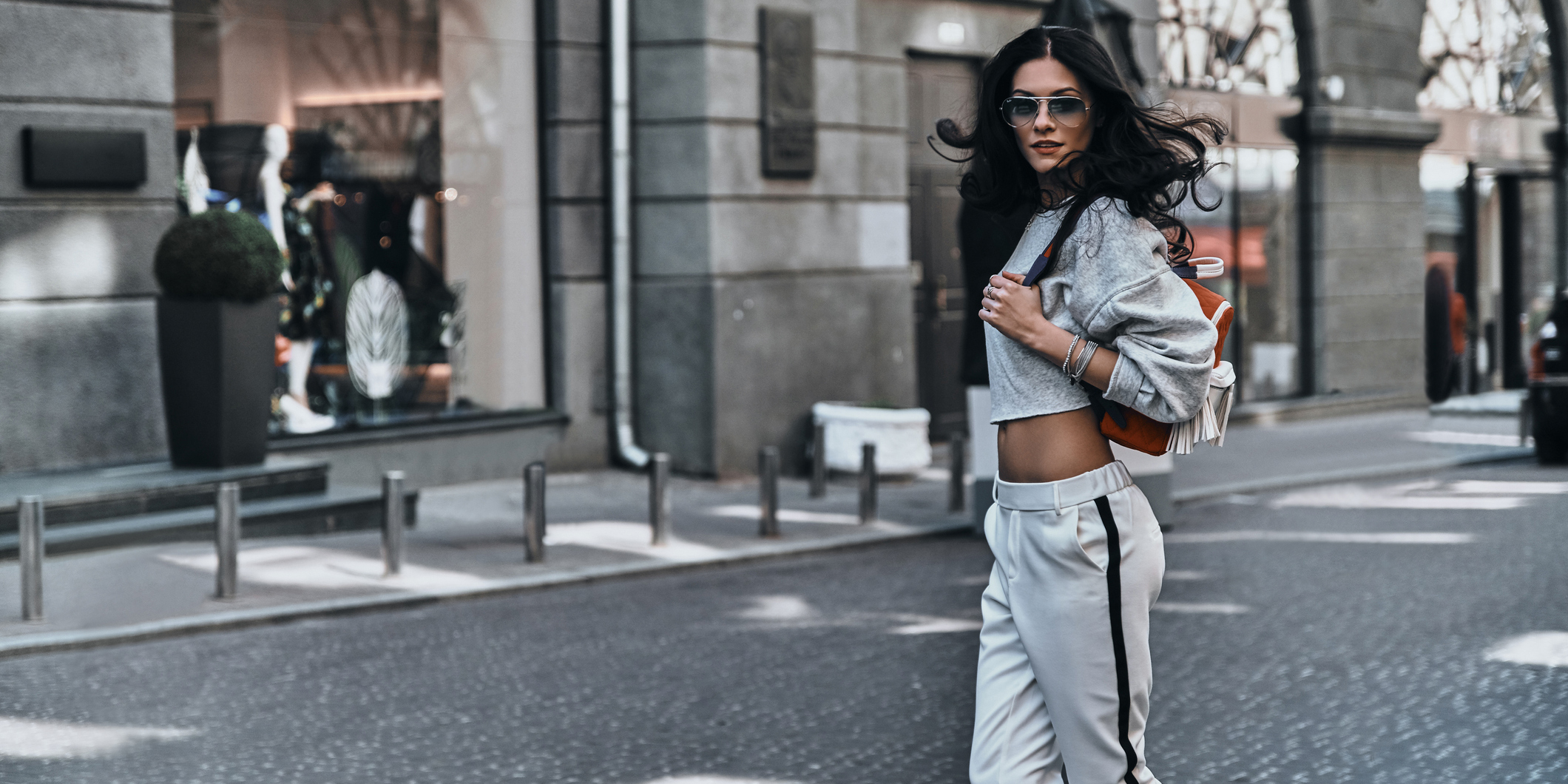 How a Focus on Work Can Grow Athleisure

To see athleisure’s influence on pop culture, one need to look no further than both the Grammy’s and the Super Bowl half-time show. Billie Eilish, the 18-year-old who set Grammy records as the youngest winner in four major categories, wore crystal-embellished Gucci jogging pants, a matching baggy bowling shirt, and a lime green turtleneck. At the Super Bowl, recording artist Shakira eschewed high-heels for dazzling, low-wedge boots, followed by glittering, gold Adidas sneakers — the better to Zumba around the stage and shake those unstoppable hips.

"Consumers are craving fashion but don’t want to sacrifice the comfort and convenience of activewear that they’ve grown accustomed to."

Both women exemplified what consumers want to wear these days: fashionable comfort. Or comfortable fashion.

“The future success of the apparel industry will rely on categories that act active but look fashion,” said The NPD Group’s Marshal Cohen, chief industry advisor. “Consumers are craving fashion but don’t want to sacrifice the comfort and convenience of activewear that they’ve grown accustomed to.”

“I know there’s been a lot of conversation about if streetwear is going away,” said Michael Fisher, vice-president, creative director for men’s wear at Fashion Snoops, a global trend forecasting agency. “A lot of people read an article by Virgil Abloh where he said streetwear is about to be dead. As a trend forecaster, I don’t see that happening any time soon. It’s definitely done something interesting. There’s been this trickle up quality of streetwear. For a long time, it was a young men’s game. And as we’ve seen over the last couple of years, the elements of streetwear and athleisure have been incorporated into everything, the traditional market, the contemporary market, tailored clothing — everything you could imagine. It’s not going anywhere. Its influence is just being folded into classic, everyday men’s wear styles.”

The more people realize how comfortable sneakers, joggers, and yoga pants are, the more they’re incorporating them into everyday activities, like their workday. 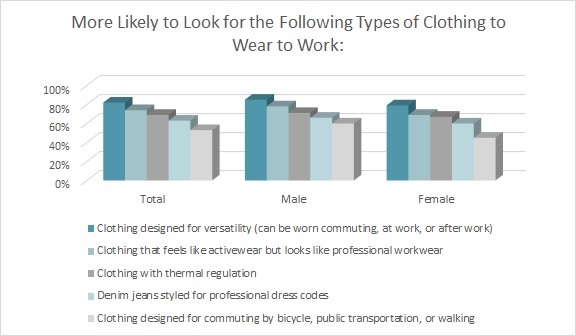 Some brands have worked office-appropriate active items into their mix. Lululemon created the “Office, Travel, Commute” collection for both men and women. Styles include the men’s ABC pant, made of a cotton blended technical canvas, and its “Along the Way” cotton blend sweater dress. Athleta has a whole range of work appropriate active pieces, like its moisture-wicking, water-resistant gallery top for women and a range of dresses.

Comfortable, active-inspired dresses are more than just a niche category. The NPD Group says dresses overall experienced a 3 percent decline to just under $15 billion last year, but athletic dresses were expected to offset those declines over the next two years.

Comfort-driven apparel is sought by more than half of all consumers (53 percent), who say they would be interested in buying clothes designed for commuting by bicycle, public transportation, or walking, according to the Monitor™ data. And 53 percent also say active or athleisure bottoms have replaced some of the denim jeans in their wardrobe.

To combat a decrease in denim sales, Levi’s introduced stretch to its women’s jeans in 2015 — and has seen sales increase from less than $800 million to more than $1 billion annually. But it also offers women drawstring joggers, as well as denim leggings. A collection of its men’s jeans is made with +Cool technology that provides breathability and moisture wicking.

Interestingly, it’s the older consumers who are embracing the athleisure in the workplace. Nearly three-fourths (73 percent) of those aged 35-to-70 say that if they had to choose between a job that required formal clothes versus one that allows wearing casual apparel, they would choose the more casual job, according to the Monitor™ research. That compares to 65 percent of those aged 13-to-34.

Perhaps even more surprising, the Monitor™ found 41 percent of those ages 35-to-70 say they would turn down a job if it required wearing formal work clothes (like suits) every day. Just 35 percent of their younger counterparts felt the same way.

For older workers, comfort has a dollar value, too. More than one-third of older consumers (34 percent) say they’d rather have an informal dress code at work than an extra $5,000 in salary. That compares to 29 percent of the younger set.

Edited, the retail decision platform, says traditional non-active brands “continue to launch products at accessible price points, in line with their existing categories.” The firm said the active category has seen a “steady grown in arrivals from fashion brands,” with July 2019 experiencing a 74 percent uptick in newness over the previous year.

“Transition is key, with consumers looking for ensembles that can go from the street to the StairMaster,” the firm stated. “In its newly launched TACKMA Tech performance collection, neons are prominent alongside stretch and moisture-wicking components.”

It also pointed to Tommy Sport, the Hilfiger line that launched last year. Pieces like the performance fleece hoodie and classic fleece pants also have moisture wicking and comfort stretch. And they can pair easily with items from the tech streetwear in the Tommy Jeans line, like the women’s essential stirrup leggings or the men’s TommyXMercedes-Benz cotton-blend track pant.

“Today’s fashion is about easy style that is functional,” says The NPD’s Cohen, “an equation brands throughout the apparel industry can and should apply.”