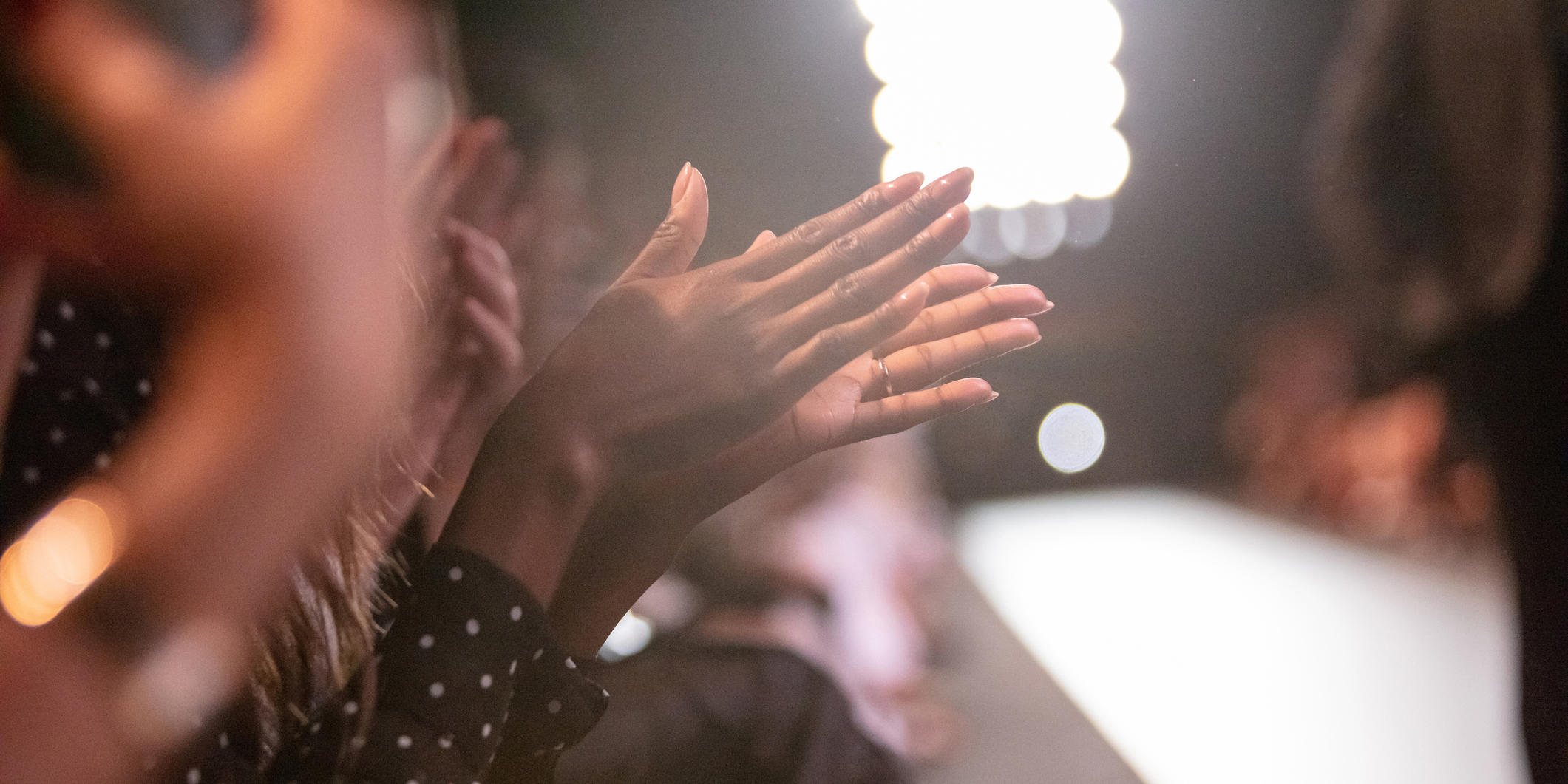 Why NYFW & the Met Gala Were Needed Now

More than a year after COVID-19 brought New York to its knees; and a year after the social unrest and upheaval of 2020; and mere days after Ida’s flash floods paralyzed the city; as well as on the 20th anniversary of 9/11, New York Fashion Week and the Met Gala served as sparkling showcases of the resilience not just of the American garment industry but New York City itself.

"I think the time away sort of re-energized the whole system, if you will. People are happy to be back. They're so thankful and it's been really exciting to see civility, in a way, return."

Vaccine mandates and capacity restrictions served as hopeful arms against the endlessly persistent pandemic. But finally, after a year-and-a-half of mostly virtual shows, New York Fashion Week (NYFW) was back with in-person events. And like a sparkling cherry on top, the Met Gala made its return a day after the shows ended. The spectacle, which was cancelled last year, was back with mega stars, TikTok influencers, the ubiquitous fashion confections and even — yes — a marching band. For a solid week, it was as if every dress, jacket, feather, and crystal was a clarion call to retailers and consumers everywhere, reminding and inviting them to again embrace the city, the designers, and the goal of a post-COVID life.

“It’s exciting,” VERY New York’s R. Scott French, co-founder of the events and public relations firm, said in an interview for the Lifestyle Monitor™. He weighed in after the Albright College NYFW runway show. “I think the time away sort of re-energized the whole system, if you will. People are happy to be back. They’re so thankful and it’s been really exciting to see civility, in a way, return.”

“I think it gave us time to see what’s really important, and now we’re proving it and showing that that time wasn’t wasted,” she said in an interview with the Monitor™. “I think there’s a lot of fresh new looks and new ways of doing things. And I’m excited to see how our industry as a whole evolves.”

It’s not just the industry that’s evolving. Consumers spent the pandemic learning all about buying online/picking up curbside, or having everything but the kitchen sink — or maybe even a kitchen sink — shipped to their home. But now, they’re looking forward to getting out and doing more over the next few months, things like going out to dinner (43 percent), dressing up (41 percent), and shopping in a mall (39 percent) according to Cotton Incorporated’s Coronavirus Response Consumer Survey, (Wave 7, August 6, 2021). 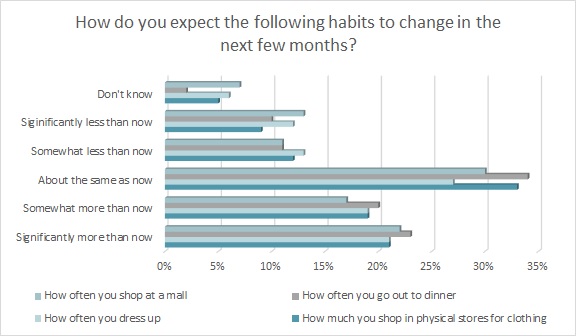 Fashion Week seemed ready to both inspire consumers and acknowledge all that’s taken place since 2020 began. It also wanted to celebrate the city itself — just look at LaQuan Smith’s runway space — as well as racial diversity and size/gender/identity inclusiveness. Designer Ricardo Seco titled his collection Reborn, saying it was inspired by the human resilience, diversity and hope that can be found in NYC. It was also meant to be a reflection of the last year, as well as dreams for the future. Streetwear brand CHAANCE cast an array of BIPOC models for the film that served as its virtual fashion show. And genderless brand Fried Rice debuted during New York Men’s Day with a collection based on the converging cultures of the city’s Lower East Side.

In a break with tradition, NYFW included a series of panel discussions called The Talks. Topics included “Representation and Identity in the Fashion Image,” and “My American Dream: Understanding the Fashion World Through the Immigrant Experience.”

The Black in Fashion Council set up a showroom where for four days, 16 Black designers, including Third Crown, Chelsea Paris, and Michel Men, were spotlighted for their work.

And in a move to satisfy shoppers who can’t wait to buy Spring/Summer ’22 pieces, a handful of designers — including LaQuan Smith, Sergio Hudson and Altuzarra — offered see now/buy now options for select pieces within their collections.

VERY New York handled a number of designer shows during Fashion Week, including Tasou, Byron Lars, Kevan Hall, and Albright College. French said livestreams from his brands and the rest of the industry inspired retailers to come back to the shows.

“Retailers realize it can still be done,” he said in an interview for the Monitor™. “We’ve had a lot of retail interest in almost every show we’ve done. It’s good to see the fashion reps from major stores in the audience.”

This heightened interest mirrors the outlook of 66 percent of consumers who say they’re spending more (39 percent) or about the same amount (26 percent) on clothing since the start of the pandemic, according to the Coronavirus Response Survey (Wave 7). Going forward, the number who expect to lay out more for clothes than they’re currently spending increases to 44 percent, while 33 percent expect to spend about the same as they are currently.

Fashion fans could get ideas for future outfits by watching one of the numerous NYFW shows that was made available to the public via livestream. Such virtual shows were a hallmark of the pandemic shutdown. At Albright College’s runway show, class of 2017’s Joshua Polk, said he appreciated how the industry pulled together such creative virtual shows that could garner global views during the shutdown.

“It was great to see the industry bring fashion to the public, so anybody who wasn’t able to ever attend Fashion Week was able to see it,” said Polk, a swimwear designer for the InMocean Group, in an interview for the Monitor™. “But I’m extremely grateful that it’s come back because I’m able to do something like this show.”

Amanda Boandl, also from Albright’s class of 2017, said showing at NYFW was an opportunity of a lifetime — even with the specter of COVID hanging in the air.

“I definitely want to be cautious but I also want to live in the moment and appreciate all of it,” she said before the show. “I’m so excited to see my designs go down the grandest stage they’ve been on yet. And the fact that it’s live just heightens the excitement.”

Percent of consumers who love or enjoy clothes shopping