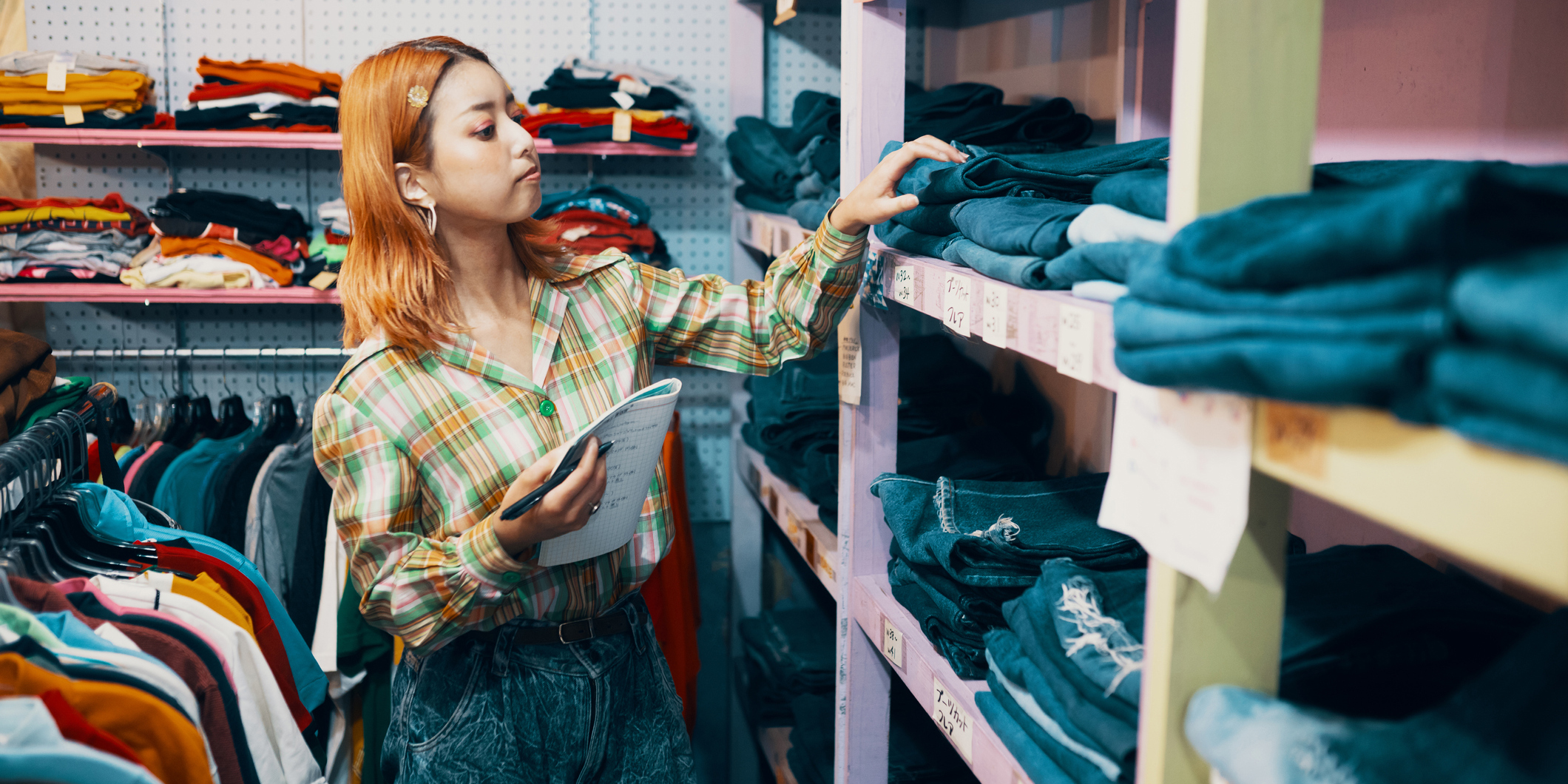 What's Crucial in the Resale Market?

The pandemic has been a lot of things. But to the fashion resale market, it’s been a windfall. There’s nothing like being stuck in the house for a year to prompt many Americans to realize they have a lot of clothes. Of course, tenacious stress eating (no judgment) is relegating a fair amount of said clothes to the null and void pile. And for consumers who saw their incomes shrink, it only makes sense to sell some items. This has led to a significant increase in sales for second-hand sites.

In 2019, the global secondhand apparel market was valued at $28 billion, according to Statista. It’s expected to soar to $64 billion by 2024.

“Consumers everywhere are prioritizing value and accelerating the shift to thrift,” says ThredUP’s Anthony Marino, president, in the company’s 2020 Resale Report. “When times get uncertain, we all focus on our family balance sheet. Brands whose core proposition delivers value and convenience have the opportunity to gain share. Amazon, off-price, and resale are emerging as winners.”

More than half of all consumers (55 percent) have bought second-hand clothes, according to Cotton Council International (CCI) and Cotton Incorporated 2020 Global Durability Study (June 2020). For most of those who purchase second-hand apparel (82 percent), it makes up less than half of their wardrobe.

But among the 45 percent of shoppers who said they haven’t yet purchased resale apparel, one third (31 percent)said they plan to do so. 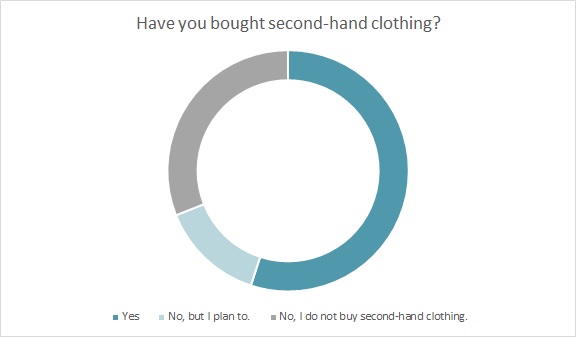 Giving new life to a pre-owned garment makes sense considering the average American wears just 20 percent of his or her wardrobe, according to California Closets. However, the unworn items don’t hang in the closet in perpetuity. Americans are throwing out clothes by the ton. The Environmental Protection Agency (EPA) estimates 17 million tons of textile waste were generated in 2018. Of that, 11.3 million tons went to landfills. That’s a substantial increase from 2015, when Americans generated 16 million tons of textile waste and 10.5 million tons were landfilled.

That’s why resale opportunities are viewed as a sustainable alternative. According to Coresight Research’s U.S. Consumer Tracker, shoppers have become more focused on sustainability following the Covid-19 crisis: Some 29 percent of respondents said that the pandemic has made environmental sustainability more of a factor in their shopping choices, which indicates demand opportunities for the resale market in the near future.

For its part, Goodwill Industries of Southeastern Wisconsin and Metropolitan Chicago says it helped keep nearly 170 million pounds, or 85,000 tons, from hitting the dump in 2019. Those locations are just some of the 3,000 Goodwill shops the non-profit operates, along with its online store, which this month surpassed $1 billion in sales. Goodwill is part of a network of more than 25,000 resale, consignment and not-for-profit stores in the U.S., according to the National Association of Resale and Thrift Shops (NARTS).

Besides independents stores, a bevy of online resalers are moving everything from Zara to Zac Posen. Sites include The RealReal, Vestiaire Collective, Poshmark, Worthy and Kidizen, as well as Tradesy, Depop, Vinted and Mercari. Designers and brands are also figuring out how they can capitalize on the trend: Gucci has had exclusive partnerships with The RealReal. Levi’s has already entered the buy-back and resale market. And Ralph Lauren is currently considering it. Even indie designers and crafters can get in on the act through sites like Noihsaf Bazaar.

Coresight says resale, especially fashion resale, is becoming increasingly mainstream as American consumers seek out value options. In China, however, secondhand clothes are considered unhygienic. Rather than resell them, China has resorted to burning garments in waste-to-energy incinerators because the nation’s 654 landfills — the largest of which is the size of 100 football fields — filled up ahead of schedule, according to a Bloomberg report.

But producing emissions by incinerating millions of garments is hardly a sustainable solution, says Alan Wheeler, general delegate of the textiles division at the Bureau of International Recycling. “Clothing needs to be designed for durability and recycling, and when people have finished with it, they need to send it for re-use.”

China isn’t alone, though. In Sweden, H&M, the granddaddy of fast fashion, has also taken to incinerating clothes. Fast Company reported the company had $4.1 billion in unsold clothes as of 2019, some of which are burned as fuel for a power plant. Meanwhile in the U.K., Drapers reported some fashion retailers are considering burning apparel that’s returned by customers in the EU because, “businesses are making the point that it is simpler and cheaper to burn than to send back — it’s a level of their frustration and fear, so they’re throwing their hands in the air.”

But now more than ever, consumers are making it clear they don’t want cheap, disposable clothes. Instead, 91 percent of consumers say it is important that the apparel they purchase is durable enough to last a long time, according to the Global Durability Study. The majority (78 percent) is likely to look for durability enhancement features to extend the life of their clothes.

7 in 10 consumers (70 percent) expect cotton apparel to last longer than clothes made of manmade fibers, according to the Global Durability Study.

Currently, the oldest items in consumers’ closets are about six years old and tend to be made of 100 percent cotton or cotton blends (for an average of 53 percent cotton), according to the Global Durability Study. Not only are these items durable enough to last more than a half-a-decade, but for the most part (62 percent) they look so good they’re still worn outside of the house.

A durable fiber is key to apparel that needs to have a long shelf life. NARTS says resale will continue to gain in popularity and become an even more important segment of the retail industry.

“Word of mouth is constantly spreading the value and excitement of resaling as a fun, easy and friendly shopping experience,” the organization states. “Today’s shoppers are value conscious. Years ago, during the era of ‘conspicuous consumption,’ some liked to boast about how much they paid for something. Today’s consumer brags about how little they paid. Today’s shoppers are also environmentally conscious, making recycled clothing and furnishings a hot commodity.”

Yes, There Are Other Ecommerce Platforms