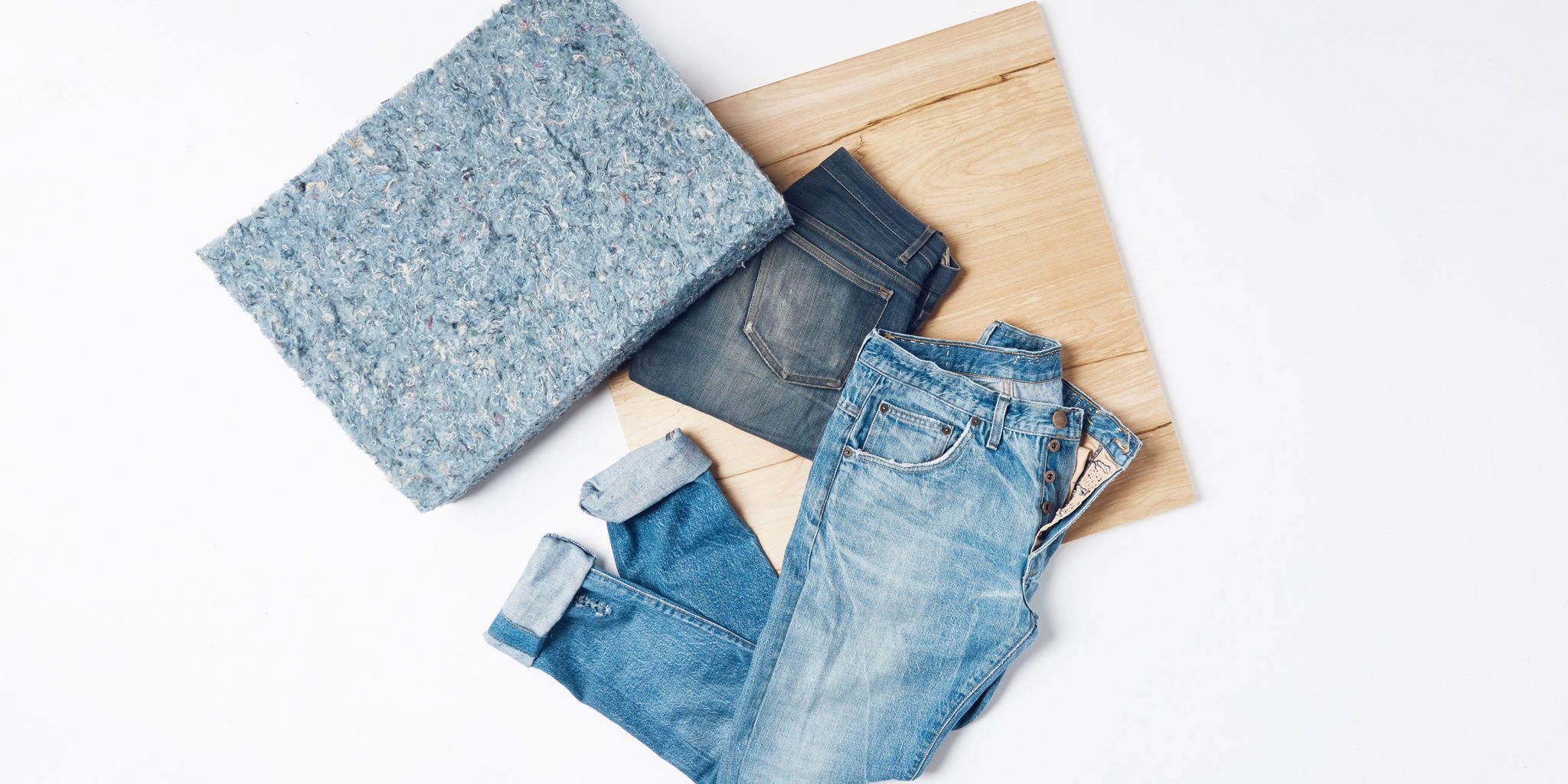 America is a leader in many areas, one of them being a top consumer market. That has its pros — we can be counted on to buy a lot of the world’s goods. But, of course, it has its cons, one being that we aren’t necessarily making lifetime purchases. This means a lot of used, slightly used or just plain worn products are heaped into local dumps all over the country. But some companies, like Cotton Incorporated, are finding a way to lighten the landfill load by finding new uses for discarded items.

This year marks the 10th anniversary of Cotton Incorporated’s Blue Jeans Go Green™ denim recycling program, an initiative that diverts denim garments from landfills and upcycles them, turning them into UltraTouch™ Denim Insulation, through manufacturing partner Bonded Logic, Inc. The home and building insulation is then donated to organizations like Habitat for Humanity to help communities in need.

Since the program began in 2006, the Blue Jeans Go Green™ program has diverted more than one million pieces of denim waste — or about 600 tons — from the nation’s landfills, while manufacturing more than 2 million square feet of insulation.

These milestones were achieved with the support of consumers who wanted to help make a difference in the environment. The U.S. is home to a consumer economy where roughly 70 percent of the GDP is generated by household spending. This spending includes everything from real estate and healthcare to durable goods like washing machines and cars. Of course, non-durable goods are also part of the equation and they include food, fuel and textiles. Once the non-durables are used or worn out, they hit the trash — more than 254 million tons worth in 2013, according to the Environmental Protection Agency. Textiles, says the EPA, account for 9 percent.

Nearly 7 of 10 consumers (68 percent) are concerned about overconsumption of goods, according to the Cotton Incorporated Lifestyle Monitor™ Survey. But the majority of Americans (68 percent) “love or enjoy” wearing denim and it’s the most popular bottom to wear for all kinds of occasions: running errands (50 percent), work (32 percent), and dinner (31 percent).

Denim is a part of everyday life for most people, and U.S. shoppers prefer to go places where they can wear jeans (78 percent), and when they’re looking to buy a new pair, the top priorities are fit (75 percent), comfort (70 percent) and looking good (65 percent). The ability to wear jeans most anywhere combined with the comfort factor has led to the average U.S. shopper owning 6 pairs of jeans.

Maintaining this steady denim wardrobe means folks are disposing of their old pairs regularly. Even though they may be out of style, worn out or no longer fit, the Monitor™ finds 44 percent of people donate their jeans to charity. Others give them away or keep them (both 13 percent) or reuse them in a different way (10 percent). But 14 percent just throw them away. 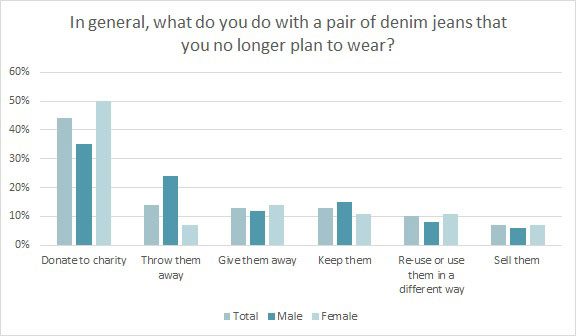 Even though denim is all or mostly cotton — a highly biodegradable natural fiber that decomposes relatively quickly, from within one week to five months — the people at Cotton Incorporated realized the average user felt a bond with their old jeans. And that’s what inspired the Blue Jeans Go Green™ program

Since 2006, the Blue Jeans Go Green™ program has partnered with dozens of colleges around the country in a move that’s collected thousands of pieces of denim while giving students a chance to give back and get involved in an eco-conscious program.

In 2009, the denim recycling program set the Guinness Book of World Records for the Most Items of Clothing Collected for Recycling when it partnered with National Geographic Kids and amassed 33,088 items of denim, including jeans, shirts, jackets, and hats.

The Blue Jeans Go Green™ program has enjoyed its share of celebrity attention, too. Last year, singer Sheryl Crow and actress AnnaSophia Robb helped honor the 10-year anniversary of Hurricane Katrina by joining a Habitat for Humanity Build-A-Thon. They helped construct 10 new homes in 10 days in New Orleans, padding the homes with the UltraTouch™ Denim Insulation. And three years ago, 15 stars, including Britney Spears, Kourtney Kardashian, Heidi Klum and Dwayne Wade donated autographed jeans for a unique auction: People placed online bids on the celebrity jeans, using their own used denim as currency. The auction generated 5,393 pieces of denim from bids. And a star-studded affair was held at the Mondrian Los Angeles to celebrate the culmination of the event.

Retailers and brands have also gotten in on the recycling effort. Industry supporters of the Blue Jeans Go Green™ program in 2016 include Madewell, Guess, and Saks Fifth Avenue OFF 5th.

“Together with our customers, Saks Fifth Avenue OFF 5TH is proud to be part of such a worthwhile campaign,” stated Jonathan Greller, president, Saks OFF 5TH and Gilt. “This partnership was a natural fit for us, allowing us to give back to the community and at the same time, deliver a service to our customers that rewards them as well.  It really is a win-win.”

How Influential Are Promotions to Chinese Consumers

Brands Stepping Up Their Sustainability Game