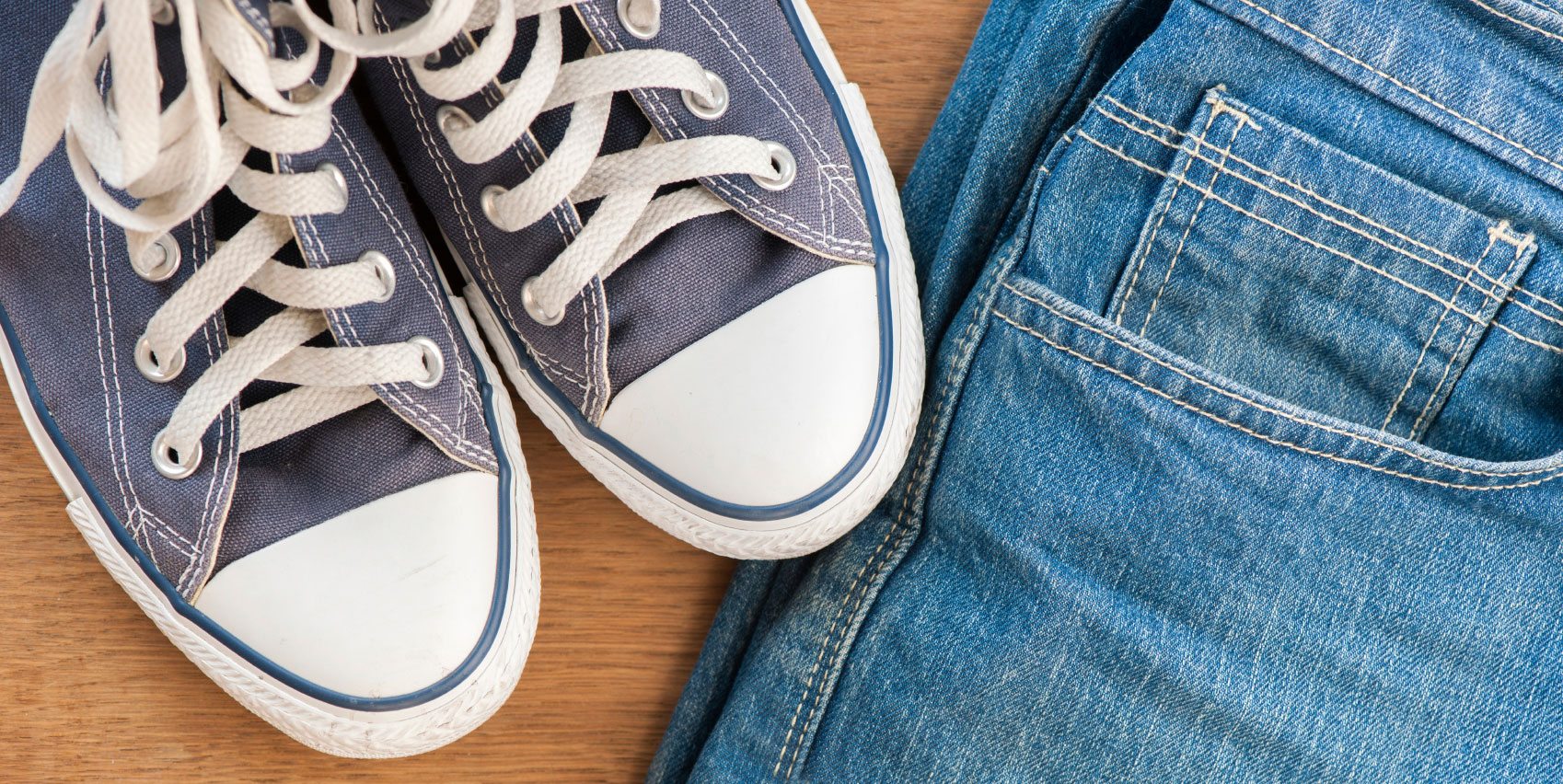 “You’ve got your mother in a whirl,

There’s something of a movement happening in fashion right now… but as rebellious as it might seem to the younger set, many adults have seen it all before.  It’s the trend toward gender neutral clothes — pieces that can be worn as easily by guys as girls. While it’s not likely that entire floors will sell clothes that all appeal to both men and women, retailers can have some fun appealing to the “outsider” who doesn’t want to fit into the traditional wardrobe of his or her peers.

"When Millennials are attracted to this look, it's a little bit of a statement -- 'Don't label me,' 'Don't put me in a box.'"

“I think the gender neutral trend is biggest with Millennials,” says Cynthia Cohen, founder and president of Strategic Mindshare. “When Millennials are attracted to this look, it’s a little bit of a statement — ‘Don’t label me,’ ‘Don’t put me in a box.'”

The gender-free look is different than apparel that crosses the aisle — like skirts for men or suits and ties for women. It’s been called jeans-and-white-sneaker look of Jerry Seinfeld, yet fashion’s edgier designers are giving it a kimono and tunic flare.

But one need look no further than the recent Vanity Fair cover featuring Mark Zuckerberg to get a quick idea of what the look is all about: a gray T-shirt and jeans. The same outfit could be seen on the celebrity pages being worn by Dakota Fanning or Gigi Hadid — although their shoes or headwear might vary. It’s basic, uncomplicated — and that’s part of what makes it so appealing.

Gender neutral apparel could be a product of our cultural times. Research from the American Advertising Federation found Millennials are “noted for their high levels of tolerance and desire for self-expression and individuality.” They’re considered to be more open, flexible, and accepting of other people and lifestyles.

At the same time, the economy is much stronger than it was during the recession. Ironically perhaps, business people dressed better during that period to prove they took their jobs seriously, as well as and to counter the day’s depressing financial news. Meanwhile, today’s healthier economy has people more relaxed, and the fashion influence of Silicon Valley is reflected in a much looser business casual uniform.

The genesis of the most recent iteration of gender neutral clothes came by way of norm core. It was less about fashion and more a way to express how flexible and adaptable a person could be, according to K-Hole, the forecasting agency that coined the term. But it came to be a fashion appropriation for outfits that are aggressively bland. Blame the Millennials, but they’re the ones who decided to equate norm core with K-Hole’s other expression: “acting basic,” which meant “dressing with forced neutrality in order to avoid standing out.” Now, designers are weaving dramatic tunics and baggy patchwork denim pants into the mix.

So call it what you will, but gender non-specific apparel is having its day. It helps that it appeals to the majority of consumers (72 percent) who say they like to wear one outfit all day for several activities, rather than change clothes to fit each event, according to the Monitor™ survey. And men and women are open to trying new styles, perhaps more than ever before. The Monitor™ finds 47 percent of men (61 percent of Gen Y males) and 59 percent of women say their new clothes purchases are “new and different” styles, rather than just replacements of what they already own.

Today’s young parents also appreciate gender-free apparel. From Babies R Us, which has a full selection of gender neutral links, to the Babesta boutique in Manhattan, which doesn’t even identify clothes as being for a boy or girl, to the GapKids x ED collaboration with Ellen DeGeneres, the movement is about keeping things fluid. As Mooi Kind’s (name and gender undisclosed) brand director told WGSN/Insider, “We want to create garments that are truly gender non-specific. The mission statement of Mooi Kind is: providing children the freedom to define themselves.”

“I think it’s a more evolved idea on parenting,” Cohen says. “Apparel is one of the things that conveys those biases and conveys or allows other people to promote the bias. If a girl is in a princess shirt — and I’m not saying there’s anything wrong with it — but it will elicit a reaction from people around her that’s different than if she’s in a T-shirt with Albert Einstein on it.”

Of course, designers have figured out how to put a little more flare into being basic. Recent unisex statements come from a number of designers including 69, which blurs the lines with denim, cotton, and linen tunics, skirts, and oversized shirts; and 1.61, which features baggy pants, coats, and shirts. In turn, traditional designers showed kimonos, trousers, and sneaker-like footwear on the runways.

But at the end of the day, Cohen says mainstream retailers will find tees and accessories like scarves and hats to be the easiest way to incorporate the trend.

“I think it’s more of a niche part of the business,” she states. “The size differentiation is a major factor. While women can wear a boxy jacket, you’re talking about offering clothes that run from a traditional women’s size 2 and a man’s XL. True genderless, crossover lines are difficult simply because height and waist levels are so different. But if you have a table in the middle of the store that promotes T-shirts with a special graphic and some scarves and hats, you can be part of the trend without adopting a major new strategy.”

Where Men Wear Their Exercise Apparel