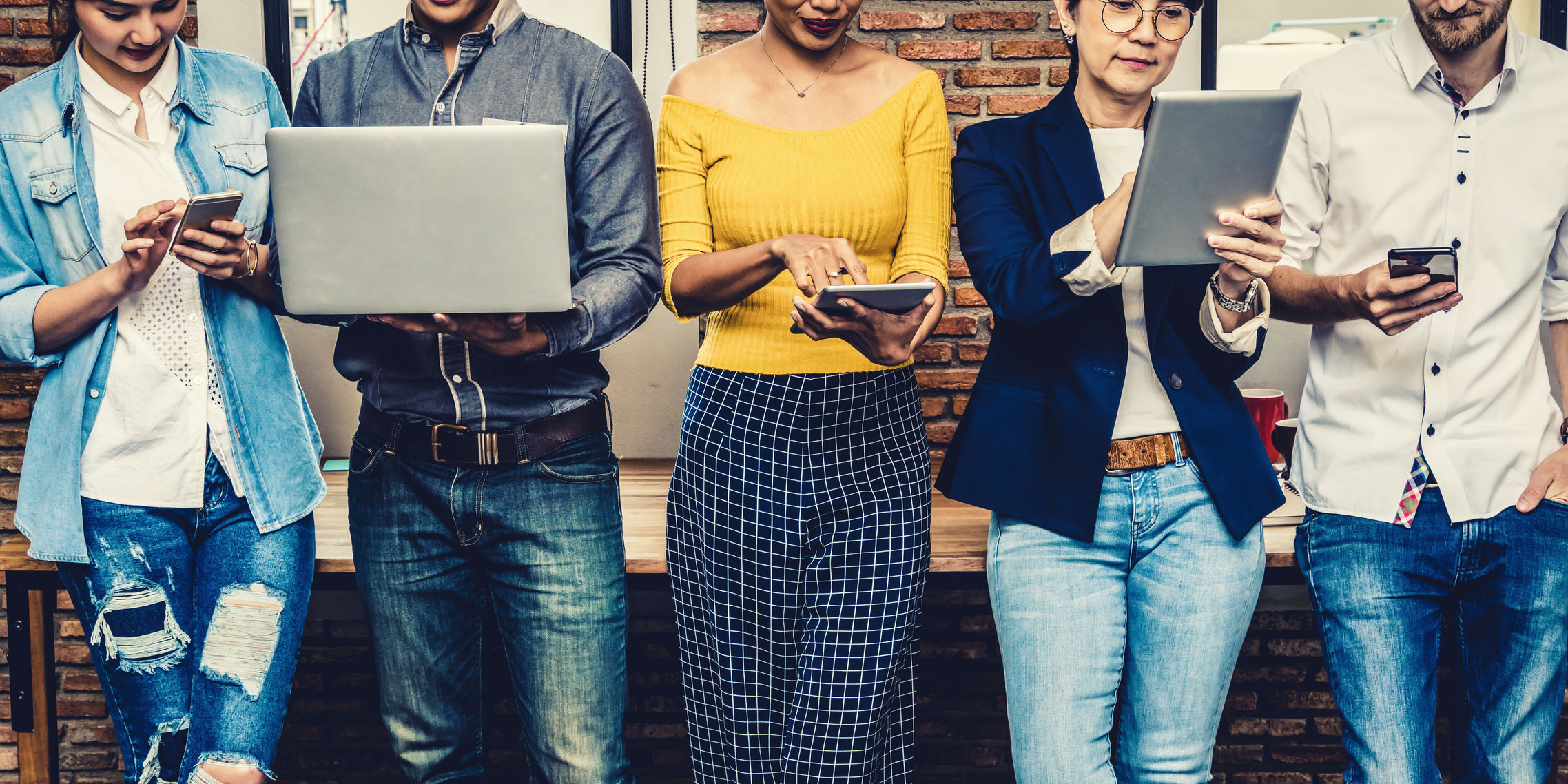 In a fifth season episode of The Office, Meredith’s character made it clear that casual Friday apparel could be taken much too far. That was way back in 2008, when the concept of business casual was still being hammered out. As time went by, consumers and brands became much more adept at putting together casual day ensembles. By 2018, half (50 percent) of all U.S. organizations allowed casual attire every day, a figure that was up from 32 percent in 2014. Enter COVID-19, and everything changed to the point pajamas were positively de rigeuer.

"Jeans were among the first clothing items to rebound after 2020, as consumers sought a wardrobe refresh and craved the latest fashion trends to make their debut back into public life."

However, now that workers are returning to their offices either full-time or in a hybrid arrangement, the definition of business casual is evolving once again. Retailers and brands need to keep in mind that workers don’t want to dive back into their pre-pandemic closets. They want to keep the comforts of (work from) home in their wardrobes, and that’s elevating denim along the way.

Stitch Fix’s Elizabeth Spaulding, CEO, remarked in the company’s inaugural 2022 Style Forecast that comfort in clothes is here to stay.

“But our clients are excited to have new styles to wear to the office again — whether they go in once a month or five days a week,” Spaulding stated. Stitch Fix has declared “business comfort” to be the next office style. “With consumers eager to restock their wardrobes, there’s significant opportunity at hand for brands and retailers, as long as they can cater to their customers’ ever-evolving preferences.”

High on the list of items: denim. Stitch Fix found there was a 30 percent year-over-year increase in denim sales, suggesting, “Denim is back in a big way.” And maybe it was pressure from TikTok, but sales of skinny jeans are actually slowing, according to Stitch Fix’s data. The company said 35 percent of consumers say they’ll never wear skinny jeans again, especially West Coast shoppers (44 percent). Instead, sales of straight leg jeans are up 30 percent while wide leg denim has jumped 70 percent. The company saw men’s relaxed fits increase 23 percent, just ahead of straight leg jeans, which grew 21 percent.

In the coming months, more than 7 in 10 consumers (76 percent) say they expect to wear their denim jeans as much or more than they do now, according to the Cotton Incorporated Coronavirus Response Survey (Wave 10, March 10, 2022). In the past month, nearly half of all consumers (44 percent) say they have worn denim jeans to work. That’s second only to T-shirts (45 percent).

As much as consumers have loved working in their sweatpants at home, just 16 percent have worn them to work in the last month, according to the Coronavirus Response Survey (Wave 10). On the other hand, 39 percent have worn denim jeans to their office. About 36 percent have worn dress pants or a dress skirt. Activewear or athletic apparel has been worn by 22 percent of office workers, while 18 percent have donned khakis or chinos. 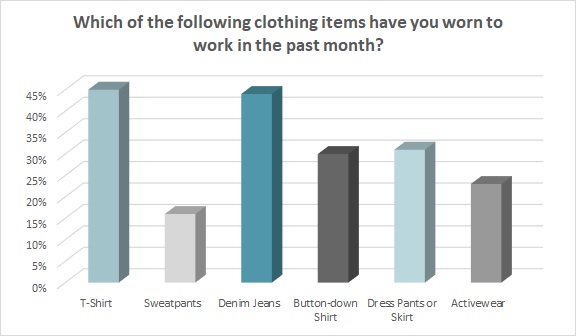 Consumers say that in the wake of the pandemic, the dress code at work has stayed the same (41 percent) or become less formal (25 percent), according to the Coronavirus Response Survey (Wave 10). Somewhat surprisingly, 22 percent say their office dress code has become more formal.

Recently released Gallup research showed that employees with the ability to work remotely are anticipating going forward with a hybrid office situation, where they can split their week between working remotely and in-office. Gallup’s data classified 60 million workers as “remote-capable employees,” meaning their current job could be done from home at least part of the time.

In the next three months, consumers expect denim (30 percent) to be one of the top clothing purchases, right behind T-shirts (35 percent), according to the Coronavirus Response Survey (Wave 10). That’s followed by sweatpants/joggers (27 percent), activewear (25 percent), athleisure apparel (21 percent), and dress pants/dress skirts/dresses (18 percent).

The NPD Group states pent-up demand for denim jeans came to light as consumers began venturing back into offices and other social settings. The classic bottom generated $18.4 billion in U.S. sales in 2021, an increase of 36 percent over the prior year, and a 9 percent increase over 2019, based on Consumer Tracking Service data from NPD. Sales grew across all wearers, with women’s jeans up 9 percent and men’s up 12 percent, versus 2019.

“Jeans were among the first clothing items to rebound after 2020, as consumers sought a wardrobe refresh and craved the latest fashion trends to make their debut back into public life,” said Susan Merrill, president of fashion apparel for NPD. “Offering a variety of styles and options catering to consumers’ demands for comfortable clothing that can be dressed up or down, jeans manufacturers continue to be leaders in innovation. In this spirit, we are thrilled to recognize companies that are exciting customers and contributing to the denim category’s success.”