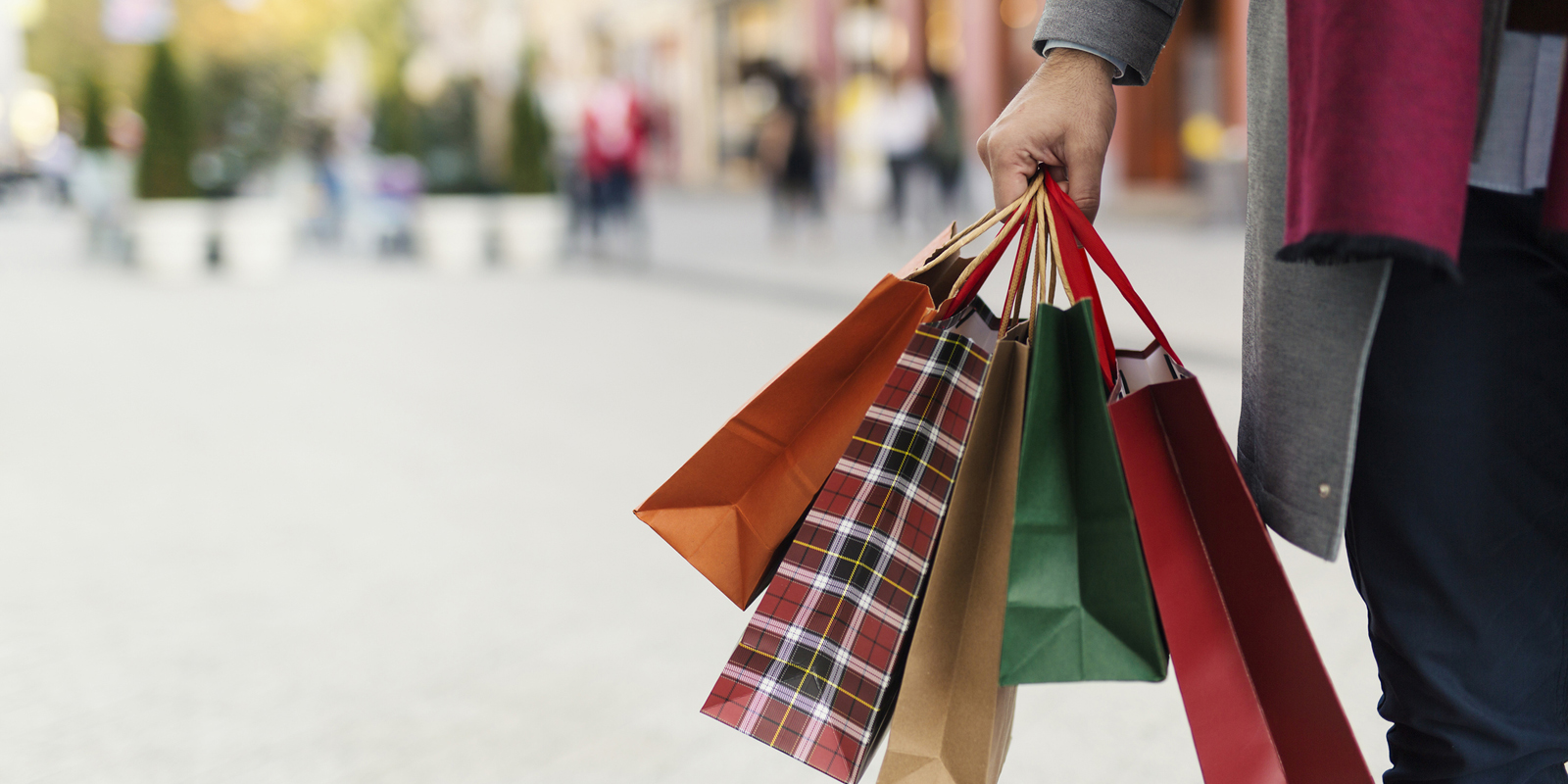 Consumers turned out in droves during Holiday 2018, giving retailers the gift of a strong start to the New Year. Whether they shopped online or at brick and mortar locations, consumers responded to stores that created a seamless shopping experience, with apparel coming in as one of the biggest winners of all.

"Throughout the year, retailers have taken advantage of robust growth, record-low unemployment, high consumer confidence and steady increases in wages and disposable income. While the overall economy has supercharged gains, make no mistake: Retail’s success is the result of investment, innovation, hard work, and vision."

The International Council of Shopping Centers (ICSC) reported that sales from Nov. 1 through Christmas Eve saw an increase of 5.1 percent over a year ago. It cited the Mastercard SpendingPulse report, which found consumers spent $850 billion during that time period, both online and in stores. Apparel sales increased 7.9 percent over a year ago, the category’s strongest showing since 2010.

“From shopping aisles to online carts, consumer confidence translated into holiday cheer for retail,” said Steve Sadove, a senior adviser for Mastercard and a former CEO and chairman of Saks Inc. “By combining the right inventory with the right mix of online versus in-store, many retailers were able to give consumers what they wanted via the right shopping channels.”

Despite the overall good news, department store sales declined by 1.3 percent, according to the Mastercard SpendingPulse report.

The National Retail Federation raised its projections in August to a 4.3-to-4.8 percent increase over 2017, based on strong consumer confidence and increased sales heading into the season. The NRF’s Matthew Shay, president and CEO, also credited retailers with recognizing and responding to consumer needs.

“The humming economy helped retailers reach these heights,” Shay acknowledged in December. “Throughout the year, retailers have taken advantage of robust growth, record-low unemployment, high consumer confidence and steady increases in wages and disposable income. While the overall economy has supercharged gains, make no mistake: Retail’s success is the result of investment, innovation, hard work, and vision.”

On average, holiday shoppers planned to spend about $679 on holiday gifts this year, up 19 percent from the $571 they expected to spend last year, according to the Cotton Incorporated Lifestyle Monitor™ Survey. Men planned to spend significantly more than women ($785 versus $613), as did those over age 35 ($771 versus $540), and those earning more than $50,000 ($858 versus $446) compared to their counterparts. 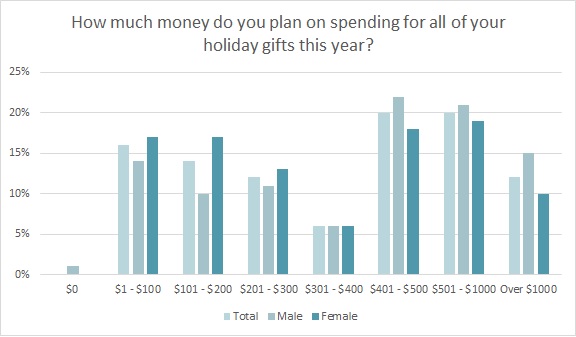 On average, holiday shoppers planned to spend $412 on electronics, $275 on experiences such as vacation or activities, $241 on clothing, $189 on gift cards, and $175 home textiles, according to Monitor™ research.

And among those who planned to gift apparel, 64 percent expected to make their purchase in-store, according to Monitor™ data.

The NRF’s Jack Kleinhenz, chief economist, said the full-year 2018 results were expected to come in with an increase of about 3 percent annualized growth, “making 2018 one of the best years of the expansion,” which is entering into its tenth year.

Kleinhenz said in his review that while there is “considerable momentum heading into 2019,” the U.S. is currently experiencing a complicated economic environment.  He pointed out that 2018 had been a “good year with economic activity supported by strong job growth, wage increases, relatively tame inflation and household net worth climbing to new heights.

“Tax reform that took effect in January enhanced consumer income and supported the strong growth in consumer spending and retail sales,” Kleinhenz stated. “Ramped-up government spending has also contributed to stronger economic growth. Yet several factors will have run their course and begin to fade going into 2019. The impact of the income tax cuts will dissipate and modulate personal consumption spending. Higher interest rates associated with Federal Reserve monetary tightening have weighed on the pace of the housing market. Uncertainty has increased as higher global tariffs and the possibility of more to come have created turbulence in financial markets.

“Consequently, it is reasonable to expect a slower pace for the economy in 2019, but that does not mean negative numbers. The speedometer is registering that the pace of economic growth seen in the second and third quarters of this year is not likely to materialize in 2019. But the U.S. economic data is far from showing any red lights on the dashboard to signal that a recession is around the corner.”

In spite of the robust holiday, Forrester Research is warning retailers to prepare for just such a slowdown. In its “Predictions 2019: Retail” report, authors Fiona Swerdlow, Sucharita Kodali, George Lawrie, Brendan Miller, and Brendan Witcher concluded stores should “put digital at the heart of your business strategy to navigate everything from global economic factors to the growth of online marketplaces.”

Forrester contends that retailers might be caught “flat-footed” as an economic slowdown takes place this year. Housing and healthcare costs will take more out of consumers’ household incomes. “In a world centered on quarterly earnings, it’s easy to focus on rosy economic indicators like record-low U.S. unemployment. In fact, it’s the calm before the economic storm,” the report states.

Additionally, Forrester, too, is concerned with the trade tariffs, saying they will force retailers and suppliers to craft “sophisticated, post-global supply chains,” which will drive competition for scarce digital supply chain experts. Also, scrutiny over data collection and privacy will push governments to impose regulations on online marketplaces, the firm says. And brands will exhibit whether or not they have power and independence based on their ability to craft a smart, comprehensive digital strategy. Finally, Forrester says bottom-line issues like rising wages and cost of goods sold will force retailers to go with automation in 2019.

“Growing competition and state regulation mean that retailers must invest differently in their workforce to get more productivity,” Forrester predicts, “whether those employees are spending more time helping customers in the store, or picking and packing faster and more accurately in the warehouse.”

How Safe Are The Following Fibers for the Environment?