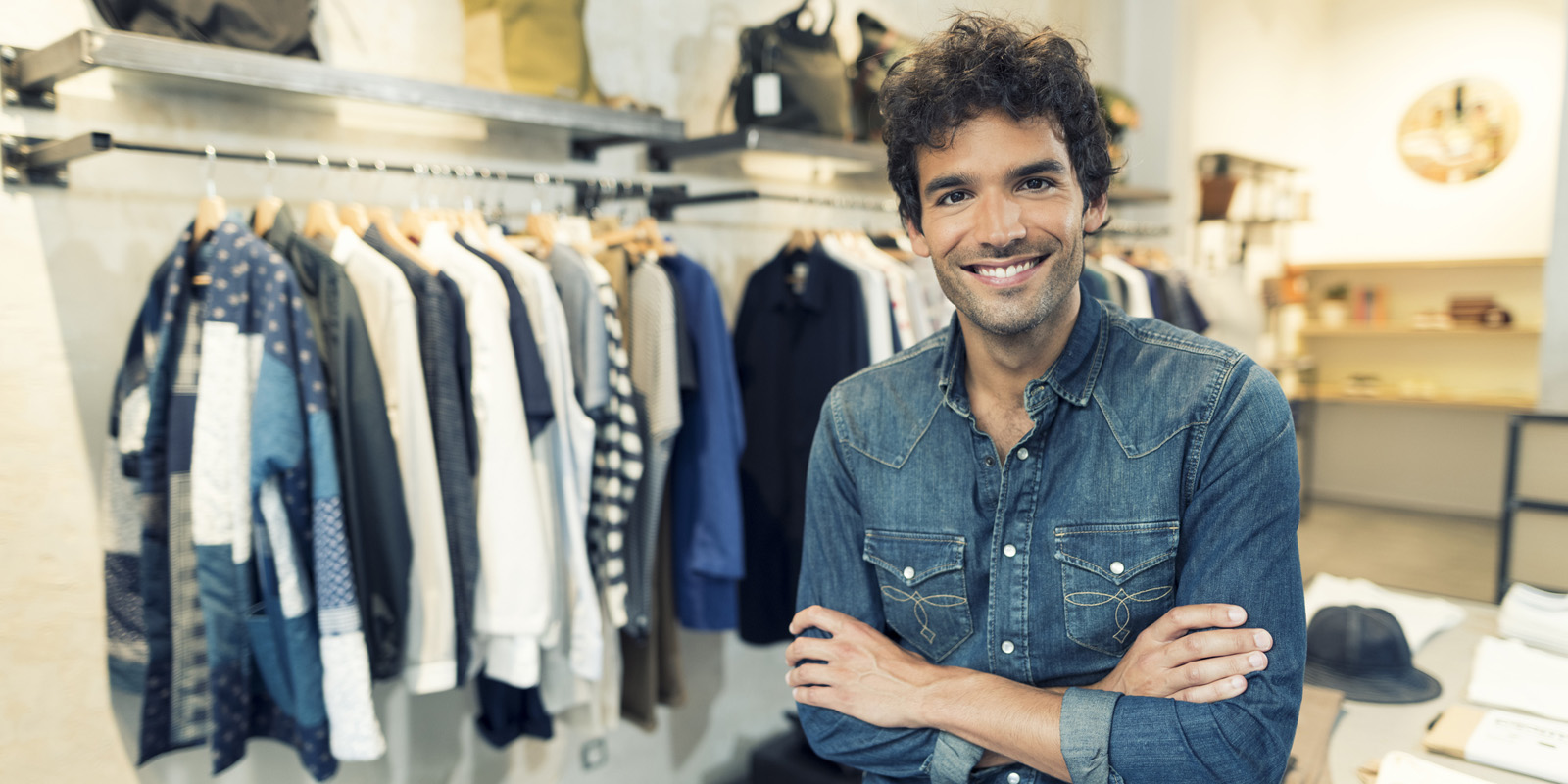 One of the biggest topics of conversation in small retail is how to compete with the major players, be it the chains, discounters, or e-commerce, especially Amazon. It’s not an easy time for anyone in retail right now, considering Gap, Sam’s Club, and The Children’s Place were among the 3,800 store closures this year. However, not everyone is taking a dim view on the future of small business shopping. Some are excited. Some are pragmatic. But the consensus is small apparel stores will compete.

"Most of the successful clients I have don't survive online unless they're on their own website and on Amazon."

“We plan to be open in time for Christmas,” says Kevin Stewart, designer, Old School Shirt Makers New York. He and fiancé Kay Davis recently departed from the East Coast to open a storefront bearing the shirt label’s name in Pendleton, OR.

“Once the store opens, it will be a two-pronged tack,” Stewart explains. “We’ll have the website (which was put on hold until the store opens). We’ll use Facebook ads, possibly Google ads. There will be all the things to raise awareness of the brand. But we also have a unique product in all-cotton shirts that are made in America. I wanted to come out here to see what was left of the frontier and found that people on the frontier need service. They want made-to-measure. There’s a Walmart near here, but that’s not for everyone.”

If Stewart falls in the excited camp, Washington, DC-based Richard Rose can be described as more pragmatic. Rose is a certified mentor with SCORE, a resource partner of the Small Business Administration (SBA) that provides guidance and training to entrepreneurs through SBA offices nationwide.

“I’ve talked with a lot of professionals who are sick and tired of their lives at their law firm or corporate job. They want to open a business,” Rose says. “But assuming someone knows something about what they want to do, they have to do it almost perfectly. They have to have enough funding, a good location, a good product being presented uniquely. And offering a unique product helps as well.”

The National Retail Federation (NRF) says more than 98 percent of all retail companies employ fewer than 50 people, making them small businesses. The NRF adds that retailers account for more than 42 million jobs in America. But consumers aren’t buying as much apparel as they used to. And they aren’t shopping the way their parents did, either.

On average, consumers shop about two times a month for apparel, according to the Cotton Incorporated Lifestyle Monitor™ Survey. They spend nearly equal amounts of time shopping both online (100 minutes) and in-store (96 minutes).

But screens and the digitization of everything is affecting apparel shopping. More than half of all consumers (57 percent) say they wish clothes shopping both online and in stores was like streaming TV or movies on Netflix, “where I can get whatever I want, whenever I want it,” according to Monitor™ research. And nearly half (47 percent) say they’re less loyal to clothing brands now than they were a few years ago. 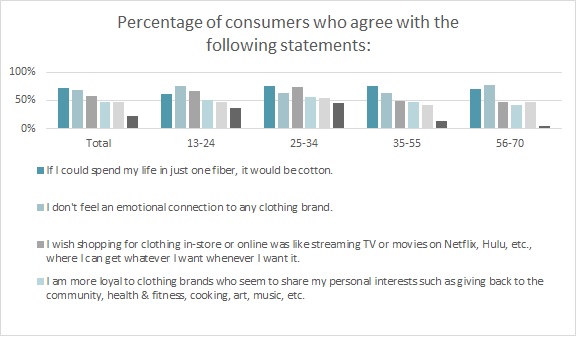 Low-priced fast fashion and discount merchants are now a mainstay in the apparel retail landscape. Yet 70 percent of consumers say they would be more loyal to apparel brands and stores that offer the ability to customize the clothes, according to Monitor™ data. Additionally, 55 percent say they’re interested in trying websites that customize clothes for users.

Smaller stores can offer more personal service in-store, as well as unique product online. But the sheer sea of retailers can make it hard for the average shopper to even find a small business. This is where mom-and-pops can look to bigger partners for a little help. American Express has a small business resource center online that helps stores promote their businesses, connect to more customers, and expand their size and reach.

Reddit, the social news aggregation and discussion website, now offers sellers a few different opportunities to peddle their wares. There are Reddit ads that directly target a specific forum and can either look like an ad or read like a regular submission. There are also product-focused SubReddits like FrugalFemaleFashion, whose users are actually looking for merchandise. The site allows selling in the comments and the Ask Me Anything (AMA) section. Sellers can answer a question that establishes them as an expert while promoting their brand.

As ever-present and looming as Amazon might be, it’s actually offering smaller players a chance to get noticed on its own site. Amazon Storefront lets small and medium-sized businesses sell their products directly through Amazon. The retailer offers links that highlight small businesses, as well as curated collections of unique products. The site also offers Handmade, a store on Amazon for artisans to sell unique, handcrafted goods to their hundreds of millions of customers worldwide.

Rose says a small business entrepreneur would do well to sell both online as well as in a brick and mortar location. And he highly recommends using Amazon as a retail partner.

“Most of the successful clients I have don’t survive online unless they’re on their own website and on Amazon,” Rose says. “Amazon usually gets them most of their business, too. See, a lot of people fail online because it doesn’t take much to create a website. But a lot of people that are online don’t have any inventory because they don’t want to invest any money. But if you’ve already invested in a brick and mortar store and no one is walking in, you can create a nice website and sell from your inventory.”

Stewart says the Old School Shirt Makers New York shop will be located in a landmark building, sandwiched between two features of the Pendleton Underground Tours’ historical tour: the “Cozy Room” bordello and a Chinese museum. The store will also be featured in Travel Oregon’s 2019 Eastern Oregon Travel Guide. He adds that Pendleton’s leaders are also focused on the economic development of the city.

“The town also has a biker week, a big rodeo,” says Stewart, referring to the Pendleton Round-Up, which draws 50,000 visitors to the city. “They have touristy events throughout the year. Also, we’ll be in this historic building that has a constant flow of people due to the Underground tour. It took a couple of years for us to get out here. But this was an opportunity we couldn’t pass up.”

Rose says that while the move toward online buying won’t stop, “it won’t be the end of the world. Because at the end of the day, there has to be stores.”

A Bridge For Brick & Mortar