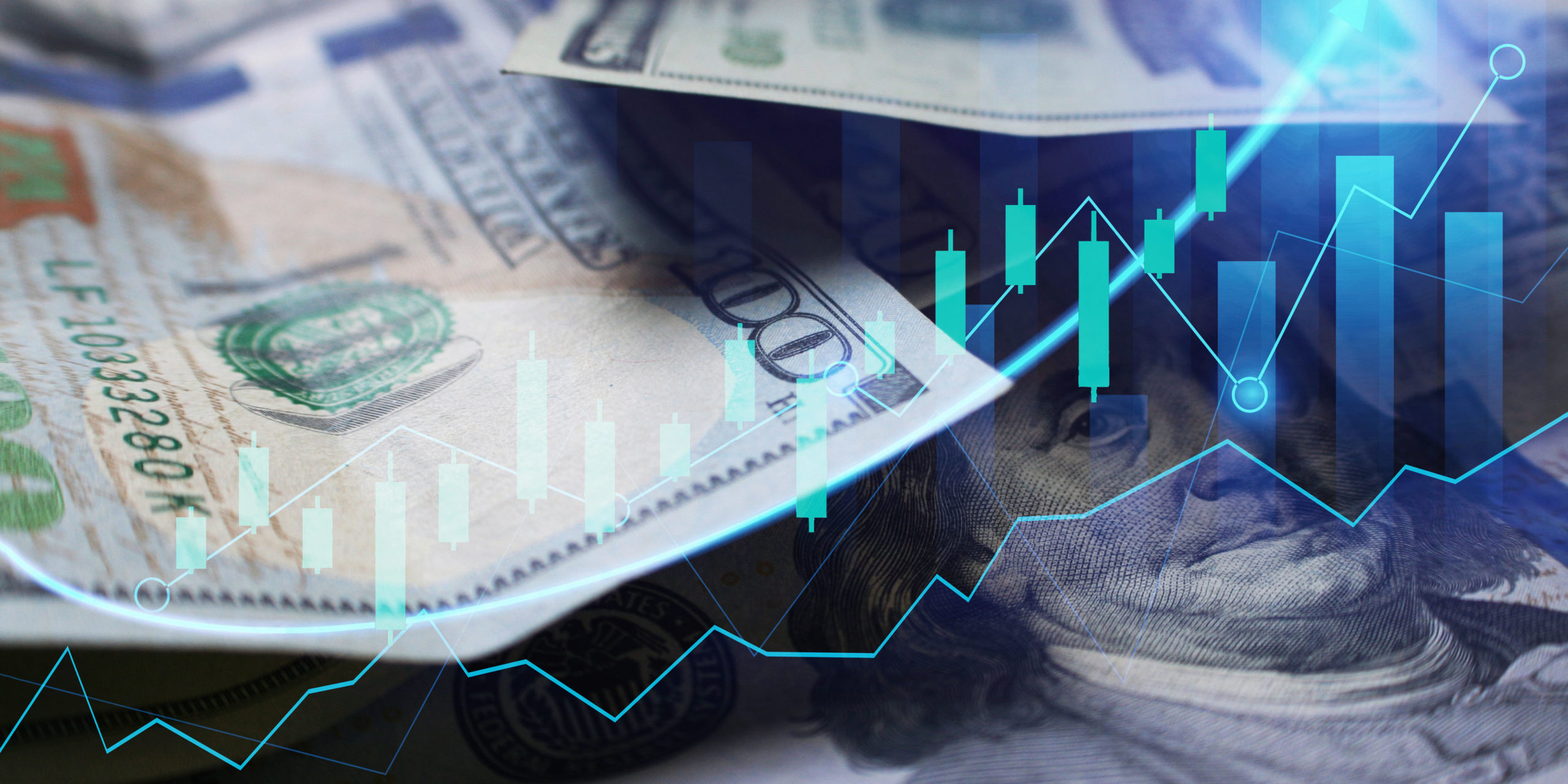 It’s hard to say which is a bigger topic in the daily news: inflation or the blistering weather. One thing for sure is they both seem inescapable, with inflation now having an effect on consumer spending. Heading into Back-to-School and the holiday period, retailers, and brands would do well to be aware and plan around this new shopper mindset.

"The increasing levels of food and fuel inflation are affecting how customers spend, and while we’ve made good progress clearing hardline categories, apparel in Walmart U.S. is requiring more markdown dollars."

The Conference Board’s Erik Lundh, principal economist, recently stated that the latest retail sales data show that despite an increase in spending, the economy may be losing momentum due to inflation and rising interest rates.

“Retail spending rose by $6.7 billion to $680.6 billion in June – up 1.0 percent from the previous month and up 8.4 percent from a year earlier,” Lundh states. “While these may seem like positive data on the surface, when adjusted for CPI (Consumer Price Index) inflation (which hit a 41-year high in June) sales were down 0.3 percent month-over-month. Indeed, for the full quarter, real retail sales growth fell to -0.9 percent quarter-over-quarter (SAAR) compared to +4.3 percent in 1Q – suggesting that spending on goods will be a drag on GDP in Q2 2022.”

“We asked consumers who have taken measures to deal with rising inflation about the measures they have taken, and the top responses represent that while consumers are willing to spend, they are cost-conscious and want to maximize the value they receive in return for any expenditure,” reads Coresight Research’s report, “The Inflation Pressure Cooker: How North American Consumers are Responding.”

Currently, 70 percent of U.S. consumers are very concerned about the economy, according to Cotton Incorporated’s 2022 Inflation and Supply Chain Survey. Respondents say the economy has greatly affected (62 percent) their spending.

U.S. consumers are most concerned about the cost of gasoline (55 percent), according to the 2022 Inflation and Supply Chain Survey. That’s followed by concern for prices on everyday goods such as groceries and household items (53 percent), availability of items (34 percent), wages/salary keeping up with the cost of living (38 percent), the cost of healthcare (28 percent), potential for recession (24 percent), health of the stock market/investments (19 percent), interest rates on loans (15 percent), and the availability of jobs/unemployment (11 percent).

About 40 percent of consumers say the cost of gasoline is causing a “severe hardship,” according to the Inflation and Supply Chain Survey. The prices of everyday goods like groceries and household items are causing a severe hardship for 30 percent of shoppers.

In response to economic concerns, the National Retail Federation is advocating for the removal of the China 301 tariffs as an effective method of lowering inflation. The NRF contends that removing the tariffs would reduce the Consumer Price Index by 1.3 percentage points, “providing immediate relief to families and businesses.”

For its part, Walmart recently announced it will be slashing prices to help move apparel and other items that have been sitting on shelves due to restrained consumer spending.

“The increasing levels of food and fuel inflation are affecting how customers spend, and while we’ve made good progress clearing hardline categories, apparel in Walmart U.S. is requiring more markdown dollars,” said Walmart Inc.’s Doug McMillon, president and CEO. “We’re now anticipating more pressure on general merchandise in the back half; however, we’re encouraged by the start we’re seeing on school supplies.”

About 36 percent of consumers think the economy will improve by the end of the year, according to the 2022 Inflation and Supply Chain Survey. Meanwhile, nearly 4 in 10 (39 percent) have spent less on clothes in the past month. And 92 percent say they plan to reduce their spending on apparel in the coming months.

When consumers do shop, they’re taking better advantage of sales, discounts, and promotions (51 percent), according to the 2022 Inflation and Supply Chain Survey. They’re also buying less of the things they want (52 percent), buying generic/store brand items (40 percent), shopping at lower-priced retailers (39 percent), and buying less of the things they need (35 percent). Additionally, shoppers say they’re buying less or postponing purchasing clothes for themselves (53 percent) or for their children (19 percent). 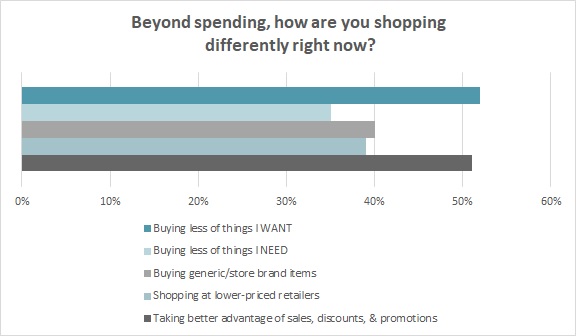 Inflation may impact Back-to-School (BTS) shopping as well. Nearly three-quarters (72 percent) of parents say there are people in their households that need BTS items such as school supplies or clothes, and fully 86% of these shoppers say the current economic/inflation situation will affect their BTS shopping, according to the 2022 Inflation and Supply Chain Survey. Electronics (50 percent) is one of the top items affected, followed by school supplies (50 percent), apparel (49 percent), and shoes (39 percent).

Just 18 percent of parents say due to the current economic conditions, they will be buying fewer Back-to-School clothing items this year, according to the 2022 Inflation and Supply Chain Survey. Other strategies to save money on BTS shopping include taking better advantage of sales, discounts, and promotions (23 percent) and buying more used/second-hand apparel (18 percent). Parents say they will also shop off-price stores, warehouses, and factory outlets (17 percent), buy lower quality items that cost less (16 percent), wait to buy BTS clothes until their finances improve (14 percent), and accept hand-me-downs from family or friends (13 percent).

“Marketers must be well versed in all the conditions influencing their retail channel, and their target consumer or they will risk missing growth opportunities,” says The NPD Group’s Marshal Cohen, chief retail industry advisor. “An appealing shopping environment, displays that make the product pop and persuasive promotions are necessary to get more items into the basket when consumers do shop.”

Doubling Down on Denim

Winning in the U.S. Activewear Market