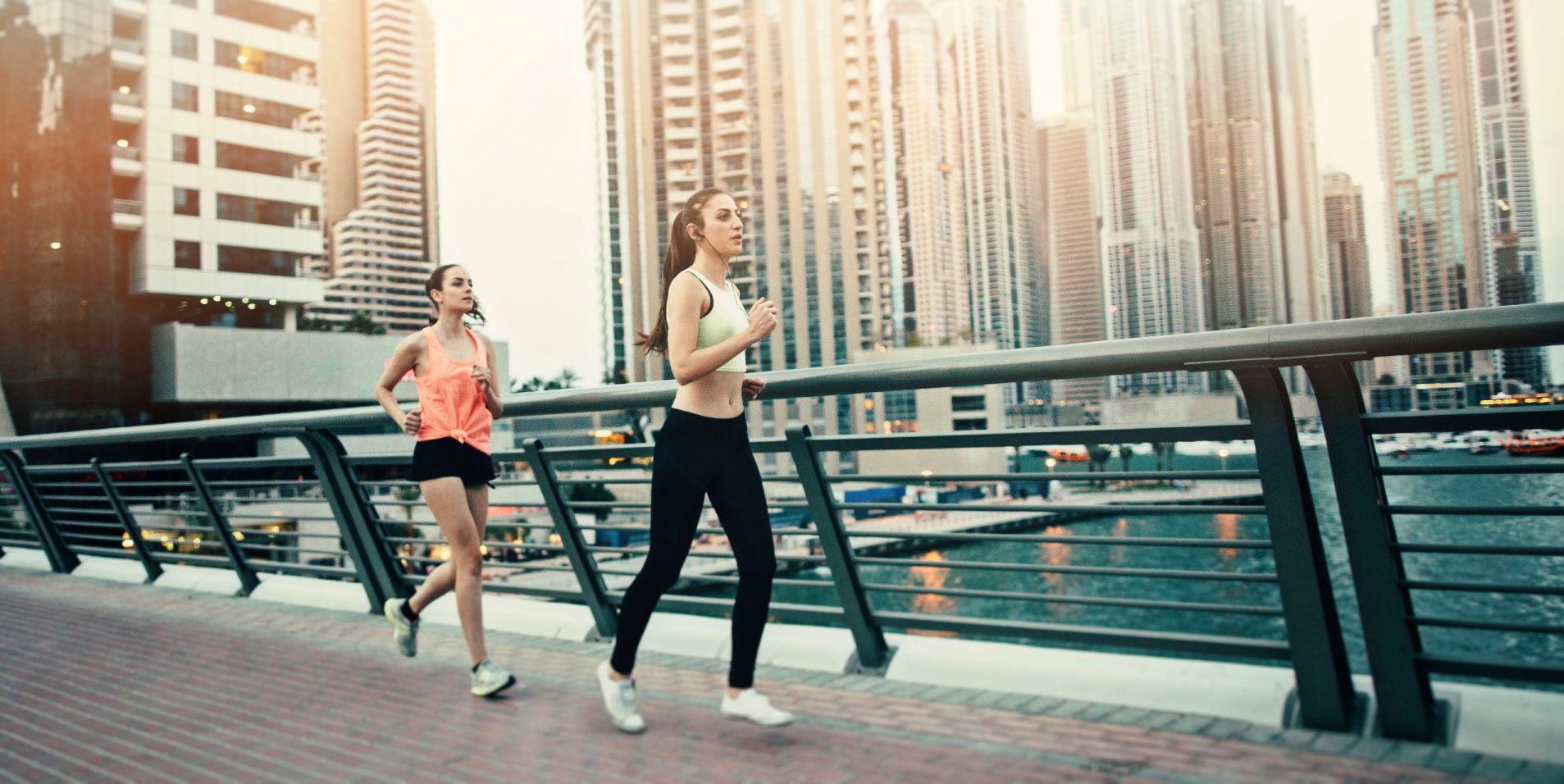 The last broken Christmas cookie has been eaten, every chip known to mankind (from original Fritos to organic beet snacks) has been sampled, and the eggnog is long gone. Yes, it’s that soul-crushing time of year again — when the dust gets blown off the scale and resolutions are begrudgingly made. And that’s always good news to the activewear industry.

"I look for clothes that are flattering to my body and dry quickly...Those are the top two things I care about. I don't know if all women worry about looking good when they work out, but it's my profession so my appearance is important. And I like to feel good about myself."

Losing weight is the number one New Year’s resolution, according to Statistic Brain Research Institute, while staying fit and healthy is fifth on the list. Something about a month-long binge that usually kicks off with Thanksgiving and wraps up on January 1st has that effect on people. But as much as people have no illusions about the need to work out, they prefer to look as good as possible when they finally get around to sweating it out in their personal rehab effort.

Jeannine Severino is a 7-day-a-week instructor and owner of Sassy Cap Dance N’ Fitness in Hoboken, NJ. She sees all manner of outfits coming into her studio. But when she’s shopping for herself, she has a couple of top concerns.

“I look for clothes that are flattering to my body and dry quickly,” she says. “Those are the top two things I care about. I don’t know if all women worry about looking good when they work out, but it’s my profession so my appearance is important. And I like to feel good about myself.”

Market trends are proving that Severino isn’t the only woman to care about her workout appearance. Brands like Under Armour, The North Face, Columbia, Nike, and Adidas have seen their women’s lines become major sales drivers over the past year after focusing on their women’s category. A.T. Kearney predicted women’s activewear would hit $15.7 billion in 2015. The Sports & Fitness Industry Association put total sales at $33 billion.

However, even though Cotton Incorporated’s Retail Monitor™ Survey shows non-active retail offerings are disproportionately focused on women’s wear (about 60/40), active offerings are more 50/50, leaving room for still more growth in the category.

Of course, the athleisure trend puts a big focus on clothes women could wear not only to the gym, but also for lounging, socializing, and even work. That opened the door for major activewear labels, boutique brands, and fashion designers to create athletic fashion that meets high function. As a result, the National Sporting Goods Association reported that 2014 sales of athletic apparel increased 2 percent.

Fully 92 percent of consumers wear active apparel for purposes beyond exercise, according to the Lifestyle Monitor™ and Cotton Incorporated’s Sports Apparel Surveys. The surveys found 46 percent are more likely to wear activewear all weekend, 75 percent are likely to wear active underwear all day, and 52 percent of children would prefer active pants to jeans. In turn, the surveys also show 52 percent are more likely to shop at stores offering athleisure styles. In an ironic twist, consumers say they want activewear for non-active purposes, as well as performance denim and athletic-inspired jeans.

Women’s active bottoms continue to trend toward leggings and tights, be they solid black or wildly patterned, as is popular at active stalwarts like Lululemon and Nike, as well as the newer active boutique-style retailer Bandier. But, whether it’s the old-school influence of the latest Rocky movie “Creed” or not, there’s also a move toward women’s gray sweatpants. ShopStyle has an entire section devoted to “Grey Sweatpants,” with more than 600 products being offered, ranging from H&M and Puma, to adidias by Stella McCartney, Rodarte and Yohji Yamamoto — although Yamamoto’s $1400 offering carries the look of sporty, cropped harem pants.

Gap’s Athleta brand also has its share of iconic sweats and joggers among the “customer favorites.” In its analysis, Morningstar feels Athleta can become Gap’s fourth big brand. Its 118 locations represent just 4 percent of Gap Inc.’s 3,000-plus stores, but the firm believes that even if the athleisure trend wanes, Athleta can benefit both from pent-up demand in the women’s active category as well as a cultural shift toward fitness.

The International Health, Racquet & Sportsclub Association states in its 2015 Health Club Consumer Report that more Americans than ever are joining fitness facilities.

Half of all consumers say they exercise three days or more per week, up significantly from 47 percent five years ago, according to the Monitor™ survey.

But whether donning activewear to workout or lounge, consumers are interested in performance qualities that keep them and their apparel feeling fresh. The Monitor™ finds 56 percent of consumers are interested in active style apparel that has moisture management and odor resistance, while 49 percent want water repellency, 45 percent seek thermal regulation, and 34 percent want antimicrobials. However just 49 percent of retailers carry products with moisture management, and according to Cotton Incorporated’s Retail Monitor™ Survey, just 6 percent have odor resistance, 5 percent have thermal regulation, and antimicrobials and water repellency come in at 2 and 1 percent, respectively. All this means the market, though growing, is still rife with opportunity.

And as the market meets consumer demand, it also means fewer excuses for meeting the New Year resolutions…