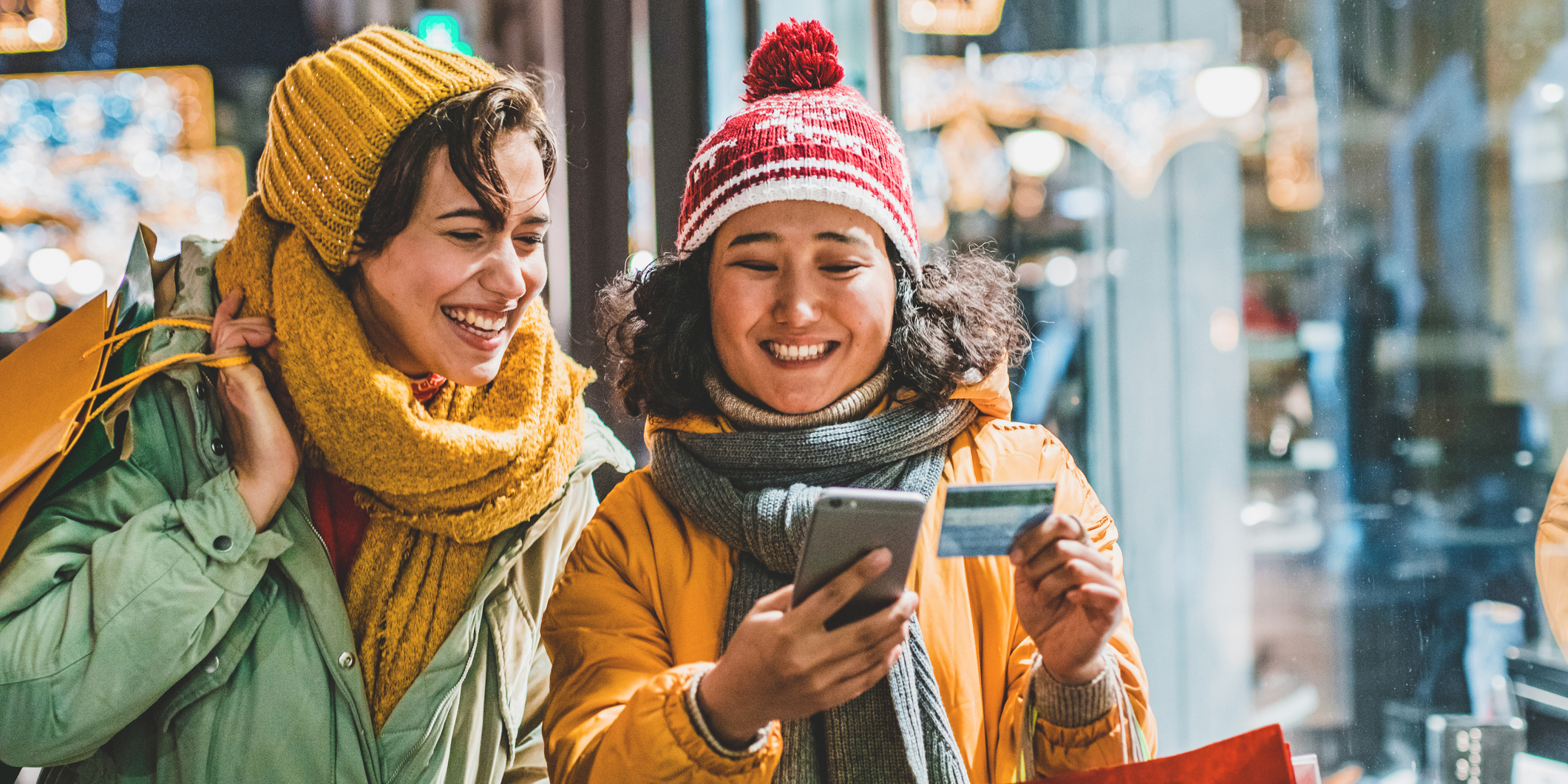 Despite Volatility, Outlook is Strong for Holiday ‘22

There are 73 days to go until Christmas. And until then, retailers will be watching inflation, supply chains, jobs reports, gas prices, the weather, and anything else (should we even mention “pandemic”) that could affect their holiday outlooks, which are – as of this writing – looking good.

"This holiday season, consumers may find themselves looking for ways to navigate the inflationary environment – from searching for deals to making trade-offs that allow for extra room in their gift-giving budgets."

“This holiday season, consumers may find themselves looking for ways to navigate the inflationary environment – from searching for deals to making trade-offs that allow for extra room in their gift-giving budgets,” said Michelle Meyer, U.S. chief economist, Mastercard Economics Institute. “New job creation, rising wages and lingering savings should have many consumers ready and able to spend.”

The National Retail Federation (NRF) says nearly half of all consumers (44 percent) feel it’s better to purchase gifts and other seasonal items now, “because they believe inflation will continue to impact prices later in the year. Another 31 percent believe it’s best to purchase items now because the deals won’t get any better.”

The NRF’s Jack Kleinhenz, chief economist, says that despite consumer worries about inflation, rising interest rates, and the possibility of a recession, consumer confidence improved in September for the second consecutive month and spending continued to grow.

“Consumers have become cautious – but they have not stopped spending,” Kleinhenz writes in the NRF Monthly Economic Review for October. “The rate of growth is not as high as last year, but households continue to spend each month as more jobs, wage growth and savings backstop their finances and help them confront higher prices.”

That should translate into consumers spending about $661 on holiday gifts this year, according to the 2022 Cotton Incorporated Lifestyle Monitor™ Survey. Those whose household income exceeds $50,000 expect to spend $815 this season. Clothes are always a top present during the Christmas season, and this year consumers expect to spend around $323 on apparel gifts. Most shoppers (64 percent) say they plan to spend the same amount of money on clothing gifts this season as they did last year. 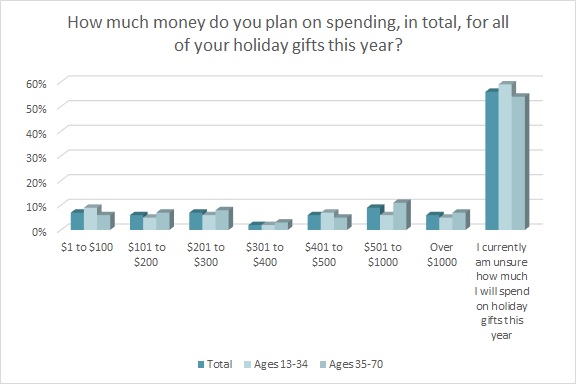 In comparison, holiday shoppers expect to spend $354 on electronics, $200 on experiential gifts like vacations or activities, $168 on gift cards, and $102 on home textiles, according to the Monitor™ research.

To counter any potential problem scoring their desired presents, 45 percent of consumers plan to search online to see where they can find products in stock, according to Monitor™ research. As it stands, 12 percent of shoppers plan to start buying gifts in October, 27 percent will start in November, and 9 percent will begin in December. The most popular shopping days are Black Friday (55 percent) and Cyber Monday (44 percent), followed by the week leading up to Thanksgiving Day (27 percent), National Free Shipping Days held in mid-December (21 percent), Thanksgiving Day (16 percent), Green Monday (14 percent), Christmas Eve (8 percent), and after Christmas (6 percent).

Consumers are also prepared to shop more stores than usual to find what they want (27 percent), according to Monitor™ research. And if it comes down to it, 19 percent of shoppers say they’ll try a new brand or similar product.

But when it comes to clothing gifts, retailers and brands should be aware that most consumers (75 percent) will be seeking out natural fibers like cotton and wool, according to Monitor™ data. Additionally, the majority (63 percent) is willing to pay a little more money for clothes made from natural fibers. Shoppers say they look for cotton when shopping for clothing gifts because it’s comfortable (65 percent), soft (57 percent), breathable (52 percent), a quality fabric (46 percent), it feels good (44 percent), and it’s durable (42 percent).

As for where they will shop, holiday shoppers plan to buy half of their gifts in-store (51 percent) and half online (49 percent), according to the Monitor™ research. Consumers expect to shop for most of their clothing gifts at Amazon (22 percent), mass merchants (18 percent), chain stores (10 percent), off-price stores (9 percent), department stores (7 percent) specialty stores (6 percent), fast-fashion stores (5 percent), factory outlets (4 percent), warehouse clubs (3 percent), and sporting goods/outdoor stores (2 percent).

Google’s Think With Google consumer insights found that searches containing “near me in stock” have grown in the U.S. by more than 90 percent since last year. The search engine says retailers and brands should view this as a way to turn omnibuyers into customers. Further, shoppers are used to spontaneity and convenience: across channels, searches containing “store open” have grown globally by more than 400 percent year over year.

Of those planning to shop online, mobile phones will be used most (53 percent), followed by computers (37 percent) and then tablets (10 percent), according to Monitor™ research. And among those who plan to shop in-store, many (48 percent) say they prefer to do so because they enjoy the overall holiday experience, such as the decorations, music, and people.

But whether the purchases are made online or in-store, industry experts predict shoppers will be looking for deals more than ever this year.

“This holiday retail season is bound to be far more promotional than the last,” said Steve Sadove, senior advisor for Mastercard, and former CEO and Chairman of Saks Incorporated. “Easing supply chain issues coupled with the rapid shift in consumer spending trends and over-ordering inventory have left retailers in an interesting position ahead of the holidays. Retailers that were able to clear past merchandise and accurately forecast inventory needs will be the best positioned for growth.”

10 Facts to Know About COVID-19 & Consumer Concerns in China