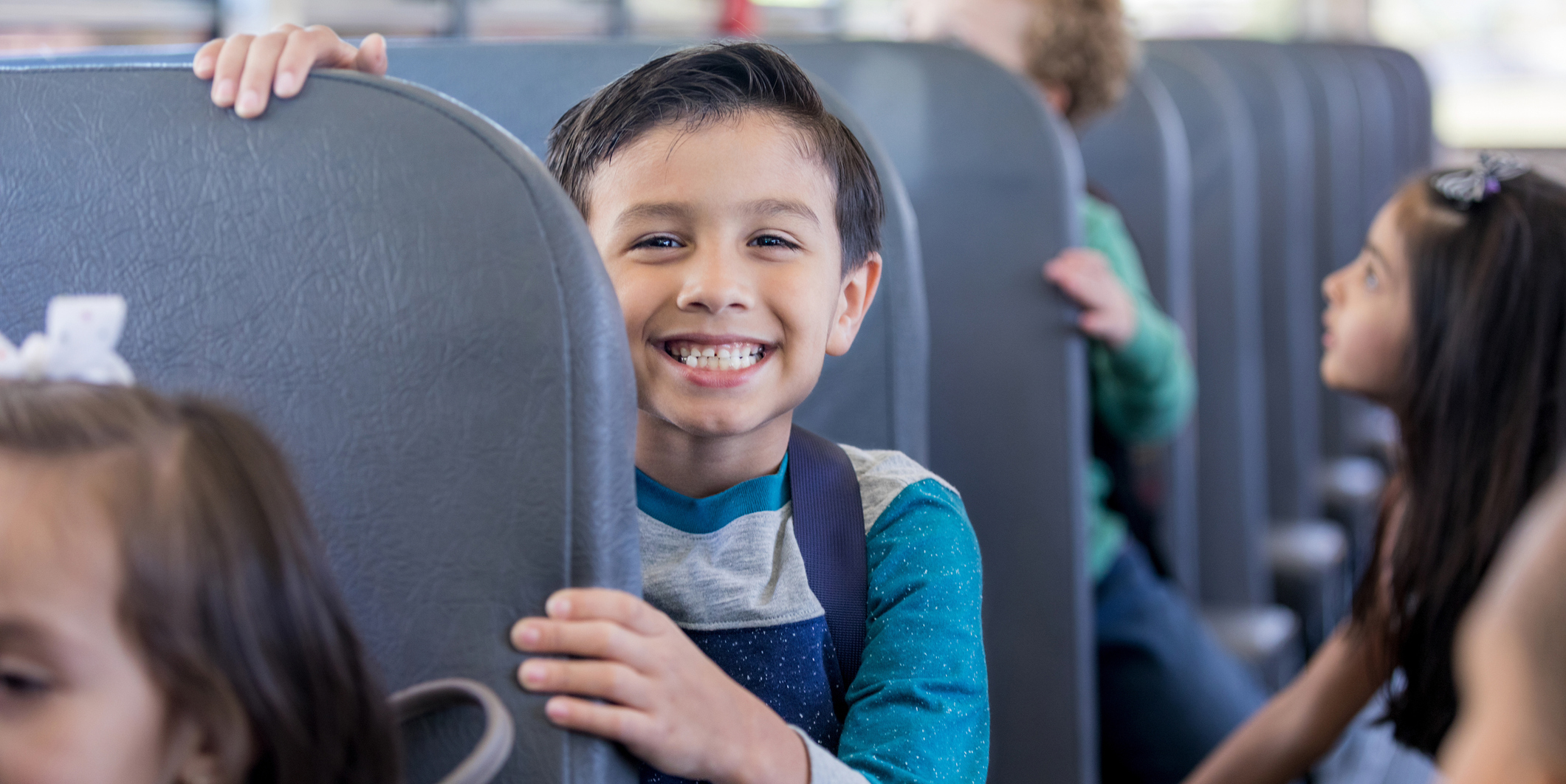 After the COVID-19 pandemic that in March led to the swift shutdown of life as we knew it, school systems were left trying to educate students from kindergarten through college via virtual classrooms. But after months of early re-openings, soft re-openings, non-openings and, more recently, re-closures, parents, teachers and students are caught in the confusion of what to expect and how to plan for Back-to-School (BTS). Of course, the apparel industry is caught in the middle of this, too. But they should keep in mind that most parents are adopting a “hope for the best, plan for the worst” attitude, and intend to put comfort above trendy this season.

"This year, while many retail stores are starting to reopen, or have announced plans to re-open, traffic has been significantly down. While a complete elimination of in-store shopping is unlikely, we anticipate a continued increase in online shopping this year."

The BTS season is the second-biggest spending event of the year, according to the National Retail Federation (NRF), just behind holiday. Last year, the NRF expected consumers to spend an average of $240 per K-12 child on clothing and accessories. That was an increase from $203 in 2018. However, with fewer families surveyed saying they have children in grades K-12, the NRF expected BTS and Back-to-College spending to total $80.7 billion, down from $82.8 billion in 2018, despite the increase in per-household spending.

The majority of back-to-school apparel shoppers want natural fibers like cotton for their kids. In fact, 78 percent say they prefer their child/children to be dressed in clothing made from cotton because it is comfortable (78 percent), soft (69 percent), feels good (67 percent), is durable (62 percent), breathable (59 percent), and easy to clean (50 percent), according to the 2020 Cotton Incorporated Lifestyle Monitor™ Survey. Additionally, parents planning to purchase BTS clothes for their kids say they are most influenced by quality (44 percent), durability (39 percent), and trendiness (29 percent) of clothing.

Already this year, spending on apparel and accessories has decreased tremendously due to the coronavirus. In April, clothing spending was down -79 percent. In May, it decreased -63 percent from the year before. More recently, The NPD Group reported that by the end of June, total retail purchasing traffic (number of online and in-store transactions) hit the pre-crisis baseline for the second week in a row.

“Retailers will need to find creative ways to make it not only comfortable, but also exciting to shop again,” said The NPD Group’s Marshal Cohen, chief industry advisor, retail. “A different kind of digital dialog that goes beyond traditional descriptions, addressing the touch, feel, and quality of a product, can be a powerful tool in making up for some of what is lost in the virtual shopping environment.”

Half of all consumers (50 percent) say they have a need to do Back-to-School shopping, according to the Monitor™ survey. Of those, 87 percent plan to buy supplies, followed by clothes (85 percent), shoes (78 percent), fashion accessories (35 percent), electronics (25 percent), and sporting equipment (15 percent).

Additionally, more than half of all shoppers say they prefer their children’s T-shirts (69 percent), sweatshirts (67 percent), skirts (59 percent), school uniforms (59 percent), and casual clothing (56 percent) be made of cotton rather than manmade fibers like polyester or rayon.

Unfortunately, there is still a lot of uncertainty regarding if, when or even how students will return to school. Some colleges, like Seton Hall University, have said classes will resume with a mix of virtual and in-person classes. Other schools, like Yale, are opening campus without sophomores in fall, and without freshman in the spring. As for K-12, every state, and every district for that matter, may be coming up with different attendance plans.

Merkle’s Michelle Braun, senior strategy manager for the data-driven performance marketing agency, says clothes and accessories represented most of the BTS spend in 2019. But this year, with more students or districts employing remote learning, she says there might be an uptick in electronic purchases. On the other hand, Braun says some parents may spend more on BTS apparel since they didn’t have a need to purchase spring clothes.

Nearly 2 in 5 (39 percent) of shoppers say they plan to shop differently for BTS clothes depending on whether their kids go back to school in-person versus virtually or online, according to the Monitor™ research. Among those who plan to buy differently depending on how attendance works out, 37 percent say they will purchase more clothes made for comfort. That’s followed by purchasing more loungewear (22 percent), less dresswear (17 percent), and more activewear (17 percent).

Braun also says retailers should be ready for a significant increase in online shopping.

“Last year, shoppers expected to spend 56 percent of Back-to-School budgets in-store,” she states. “This year, while many retail stores are starting to reopen, or have announced plans to re-open, traffic has been significantly down. While a complete elimination of in-store shopping is unlikely, we anticipate a continued increase in online shopping this year.”

Nearly a third of consumers (30 percent) say they are shopping online more now than before the start of the pandemic, according to the Monitor™ research. Those aged 35 and under (35 percent) are significantly more likely than their older counterparts (27 percent) to say they’ve increased their online shopping. In a reflection of concerns about COVID-19, far less BTS apparel shoppers plan to buy more than half of their items in-store (58 percent, down significantly from 71 percent last year) and 42 percent (up significantly from 29 percent last year) plan to buy items online.

Across general merchandise, only about 4 percent of customers currently fully shop online, said The NPD Group’s Leen Nsouli, industry analyst, in a recent webinar. “Most customers remain an omnichannel shopper, but online conversion is expected to accelerate in the coming months as the Back-to-School season kicks into gear.

“Across general merchandise industries, on a 12-month annual basis, Amazon continues to capture a higher share of retail dollars as consumers convert sales online,” Nsouli said. Amazon’s growth was compared to Walmart, Target, Costco, Best Buy, and Kohl’s. “However, [according to] data that we’ve been releasing more recently due to the crisis, you’ll see the growth rates online for some of these other retailers are actually doing very well and they’re catching up. So this is something that we’ll also be monitoring through the Back-to-School season and watching who is gaining share as online continues to accelerate. ”

Normally, a lot of BTS purchasing would take place on Amazon Prime Day, which since its launch in 2015, has been held in July. This year, delivery delays and inventory issues brought on by the coronavirus saw Prime Day re-scheduled first for September then delayed again until, possibly, early October. But recent surges in COVID-19 cases could postpone the date again.

The surges have forced businesses and beaches to close at the height of summer, and called autumn’s school plans into question. If parents can’t work because their children’s schools are closed, that could affect their paycheck — perhaps for a second time.

Merkle’s Braun says 2020 will be the year for contingency planning.

“With supply chains disrupted, retailers need to be agile,” she says. “Sales and promotions will not be business as usual and any experiential plans around this season may need to be adjusted. Suppliers may not be able to keep up with demand, thus creating a need for retailers to shop around…. The pandemic and consumer response is fluid, and will continue to evolve.”

What is Consumers’ Favorite Fiber to Wear?