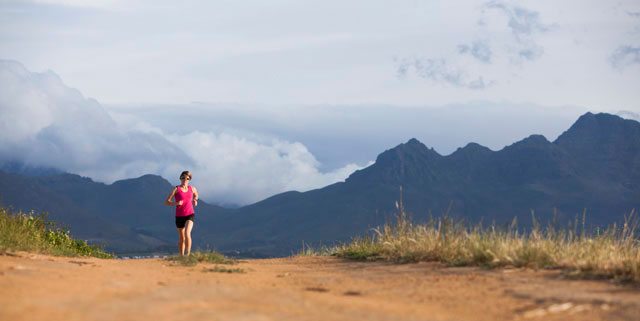 Taking Workout Wear Beyond The Gym

Exercise enthusiasts have long embraced activewear that does double duty beyond a workout.   And thanks to more novel crossover pieces, such as a skirted capri or UPF 50 climbing pants, consumer appreciation for cotton activewear shows no signs of waning.

"Women feel like they actually can wear their activewear beyond the gym without looking frumpy or disheveled -- and we like it!"

Crossover activewear got its start when women found yoga pants so comfortable and flattering they would wear them to run errands as well as to the Bikram studio.  And VJ Mayor, spokesperson for the Sports & Fitness Industry Association (formerly SGMA) says double duty active apparel continues to be a growth area.

“The door is still wide open for our industry to make more stylish clothes,” Mayor says.  “Now, I don’t see men perceiving an item as having double duty appeal, but they’re using it that way.  It can be an Under Armour T-shirt they’ll wear to the movies or sport polos that are meant for golf but they’ll wear to work. But women are more aware of the styling and they’ll say, ‘I bought it for the gym but can use it for this.'”

Retailers have noticed consumers like the comfort and stylishness of today’s workout wear, and have been allocating more floor space to it.  Over the past three years, men’s activewear offerings have increased from 14% to 17%, while women’s jumped from 8% to 12%, according to the Cotton Incorporated Retail Monitor™ Survey.

Mass merchants have increased their athletic apparel offering the most, from 8% of floor space to 15% over the past three years, according to the Retail Monitor.  Chains increased from 9% to 10% of floor space, while department stores grew from 6% to 7% and specialty stores hiked their offering from 1% to 4% in the same time frame.

While consumers may differ on where they purchase their athletic apparel, they do agree on its fiber content; a full 71% prefer their activewear be made from cotton and cotton blends. And 71% would pay a premium for cotton activewear that fits better, followed by cotton activewear that wicks moisture (69%), dries faster (69%) and has odor control (68%), according to the Cotton Incorporated Sports Apparel Survey.

All of this adds up to a very healthy industry; spending on branded athletic and active apparel increased 1.4% to $30.65 billion, according to the SFIA.

Lucy Activewear’s Dawn Dzedzy, the retailer’s brand marketing director, says women might have more interest in clothes that take them from the gym to the grocery store and beyond because it has only recently become available to them.

“Men have always been able to wear their gym clothes outside the gym because it was designed with their bodies in mind,” Dzedzy states.  “It’s a somewhat recent development in women’s wear to design specifically for female bodies and needs.  Women feel like they actually can wear their activewear beyond the gym without looking frumpy or disheveled — and we like it!” 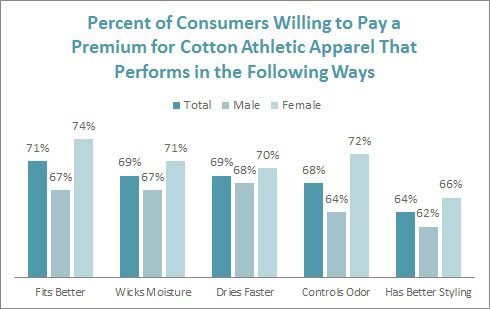 Already, 93% of consumers wear athletic apparel for activities other than exercise, the Sports Apparel Survey shows, up significantly from 87% in 2009.  In fact, 85% wear it around the house, followed by “to run errands” (65%) and to shop (42%).

The Sports Apparel Survey survey finds half of all active enthusiasts wear a mixture of apparel designated as activewear and clothes that are not sport-specific.  BodyRock’s crossover pieces include “Gorgeous Gams” shorts and a lightweight mini dress that can be worn after yoga or out to dinner.

Mayor says the market for crossover appeal has definitely grown.

“For women, yoga pants remain popular and skirts are big,” he says.  “We’re still seeing tight-fitting active tanks whose design is nice enough that women will wear them to a picnic or a store. But for men, there’s mostly the notion that men don’t care because they’ll wear their gym shorts out to a movie.”

Capitalizing on consumers’ varying needs, Dzedzy says Lucy strives to offer a range in its cotton blend choices, “from basic training tees to tanks and long sleeves that have a soft, comfortable feeling.”

Success in the Extended-Size Market