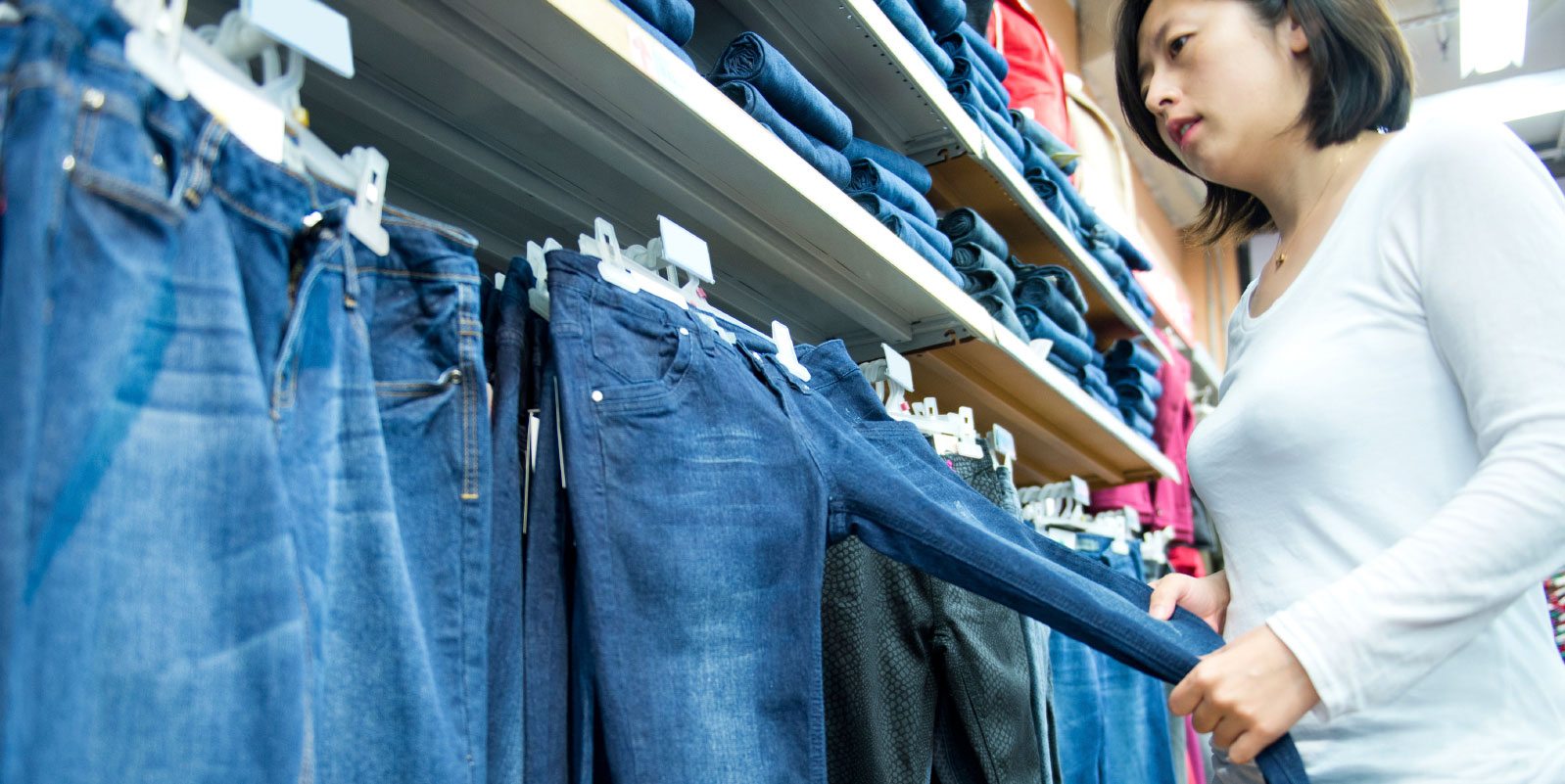 It might be clear around the other side of the world, but China’s appreciation of that iconic American product — the denim jean — is strong. Yet indicators show there’s even more room for growth, as long as the brands know what sets the Chinese consumer apart.

"Staying out of China is not an option: Consumers there will spend a staggering $56 trillion at home over the next 10 years."

WGSN expects Asia-Pacific’s overall retail sales volume to grow 4.6 percent in the next year, with increases continuing until 2018 when the market is expected to be worth $10.3 trillion. That compares to the $5 trillion projected for the U.S. market.

And as Louise Keely, an economist and president of The Demand Institute, wrote in Fortune, “Staying out of China is not an option: Consumers there will spend a staggering $56 trillion at home over the next 10 years.”

China Market Research Group’s Melody Kong, a Shanghai-based analyst, says while China is currently the biggest denim producer in the world, it’s still not a big consumer market for denim.

“For example,” she says, “One Chinese consumer own four pieces of jeans on average versus seven pieces on average for world consumers.”

C&A, the international Dutch apparel chain, has more than 60 stores in 22 cities across China. Its design team says denim is worn mostly by customers younger than 55.

“Denim is an important product during their daily life,” C&A executives say of the younger set, “But most of them just like commercial style. The Chinese customer is less adventurous than those in other countries. They would like to try some new detail and washing — but the new trend can’t be too much over what they already have.”

Affinity for denim tends to be strongest among Chinese Millennials and those who live in Tier 2 and Tier 3 cities, according to CCI and Cotton Incorporated’s 2015 Chinese Consumer Survey. Affinity is lowest among the Recovery Generation (those born during years of turbulence and material shortages in the late 1950s and early ’60s) and Tier 4 shoppers — those who live in smaller, less affluent cities.

But even among those who enjoy wearing denim, the Chinese Consumer Survey found there are a few things that trip Chinese shoppers up when trying to buy jeans:

Recently, brands like American Rag and AG have entered the Chinese market to take advantage of growth opportunities in denim. This is a good move, as the Chinese Consumer Survey found that international brands are favored and purchased more often by the Chinese consumer. Jeans West, Levi’s, Lee, and ONLY top the lists of most purchased jeanswear brands in 2015. In addition, the survey finds Jeans West (20 percent), Levi’s (14 percent), Lee (13 percent), Apple (12 percent), and Semir (10 percent) top the list of Chinese consumers’ favorite denim jean brands.

Like here in the U.S., Kong says denim in China has competition from other casual bottoms.

“It’s not only competing with athleisure pieces like joggers and yoga pants, but also competing with casual and semi-formal pants,” she says. “Compared with Western consumers, the Chinese wear denim in more formal occasions like the workplace to match formal clothes like [dress] shirts.”

C&A countered the athleisure movement by creating denim in jogger styles. For the coming season, it is also adding drop-crotch tapered styles. But aside from athleisure-friendly fits, C&A’s design team says the upcoming season will include black skinny jeans with a ripper on the knee, as well as patchwork, patch bleaching, and classic clean wash offerings.

Additionally, both C&A and Kong say China’s northern customers have a high demand for warm materials in the winter months, so denim preferences during the cold weather trend toward items with fur or woolen linings.

Considering China’s population is more than four times that of America, understanding what its denim consumer wants presents a boon to a U.S. company’s bottom line.